It’s been a long time since Lambert Bay has been crowded with tourists, but that could change soon. The beach’s resort underwent a significant facelift in 2016 and 2017, closing …

END_OF_DOCUMENT_TOKEN_TO_BE_REPLACED 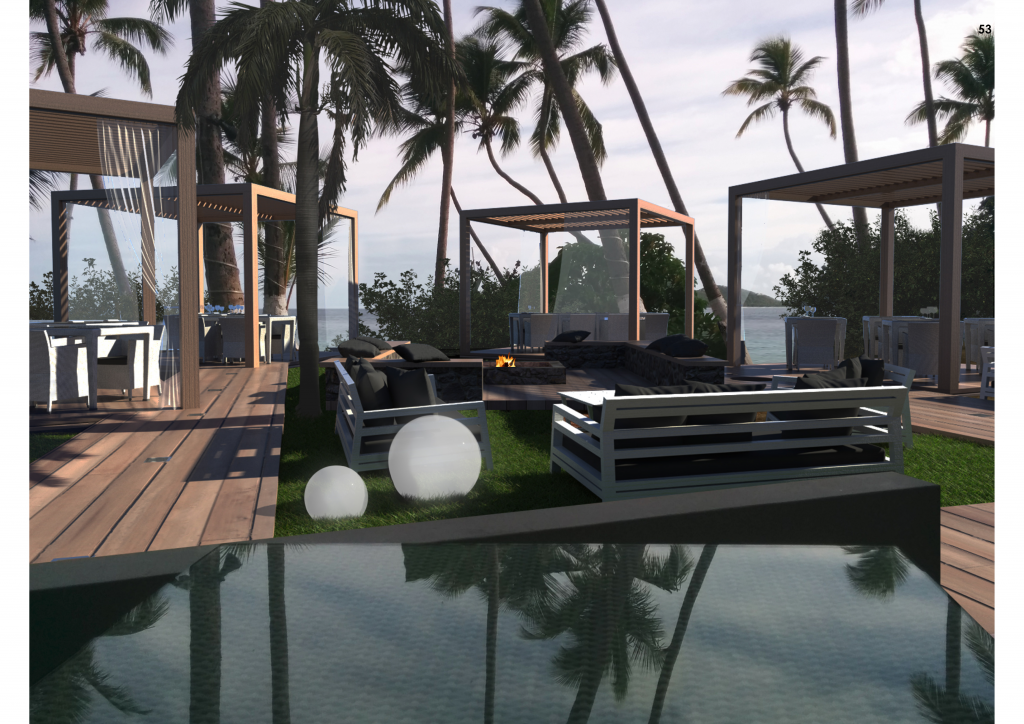 This rendering shows the new restaurant at the renovated Wyndham Lambert Beach Resort. The restaurant is scheduled to open in early April. (Graphic: PROVIDED)

It’s been a long time since Lambert Bay has been crowded with tourists, but that could change soon.

The beach’s resort underwent a significant facelift in 2016 and 2017, closing and laying off its staff in an extended process that eventually was revealed to be part of an agreement to franchise under the Wyndham Vacation Resorts brand.

Though the property’s renovations were scheduled to conclude in late 2017, the area — like everywhere else in the territory — was slammed by Hurricane Irma and fell off its initially planned timeline as a result.

Now, Lambert’s management is confident in a new schedule: The property — officially titled Wyndham Lambert Beach Resort — plans to reopen its hotel’s doors on Nov. 1, according to Fabio Arduini, the director of Elizabeth Beach Resort Limited, the property’s ownership company.

Additionally, Lambert’s reception area and beachside restaurant plan to open in April, Mr. Arduini explained, adding that resort residents should be able to use the pool as early as next month.

“Overall, Irma will have caused a two-year delay on our schedules,” the director said. “But thankfully we have been able to recover the funds necessary to rebuild and complete the project as originally planned.”

The Nov. 1 hotel reopening — “Phase One,” according to Mr. Arduini — will see 36 hotel rooms and two villas reopened, as well as the construction of a pool bar; a beachside gym and spa; a tennis court; and a clubhouse. The director anticipates hiring 30 to 32 people by that point.

After the hotel is reopened, the resort plans to shift its focus towards selling and refurbishing its stock of condominiums, according to Mr. Arduini. EBRL currently has 24 condo units it plans to market with rental pool and refurbishment agreements.

Once the property is refurbished to “Wyndham standards,” any purchaser will have a set number of weeks per year to stay in their unit; the rest will be spent rented out to visitors and managed by the resort, the director explained.

Owners in the pool will share revenue from the rentals “according to certain parameters,” he added.

The resort also plans to construct up to 56 additional units, though the timeline is dependent on the market and how well they sell, Mr. Arduini explained. Additionally, existing, independent condo owners at Lambert can choose to join the rental pool if they refurbish their units to Wyndham standards, he noted.

Further down the road, Lambert also plans to sell off approximately 25-27 acres of land in about 30-35 lots that could be used to construct single-family villas, according to the director.

After the destruction caused by Irma, EBRL decided to rebuild with more storm-resistant standards.

“The structural engineer reviewed the way the roofs and buildings performed in Hurricane Irma and we have implemented some structural details — structural ties, structural joints and whatnot — to make the structure of the roofs more solid and resistant to impact force winds,” Mr. Arduini said.

They also decided to replace tile-finished roofs — which turned into projectiles during the Category Five hurricane — with galvanised metal, and they installed Category-Four-hurricane-proof glass in the windows and sliding doors, the director added.

Overall, they hope the new renovations will help the resort fill what they perceive as a hole in the market.

“Higher standard properties in the BVI are located on other islands, like Virgin Gorda, Peter Island, Scrub Island,” Mr. Arduini said. “But Tortola, being the home of the capital, basically lacks this type of hotel. So we’re very excited.”