The number of available accommodations is ticking upward as major properties continue to reopen and bolster the tourism sector, Premier Dr. Orlando Smith told the House of Assembly last month. …

END_OF_DOCUMENT_TOKEN_TO_BE_REPLACED 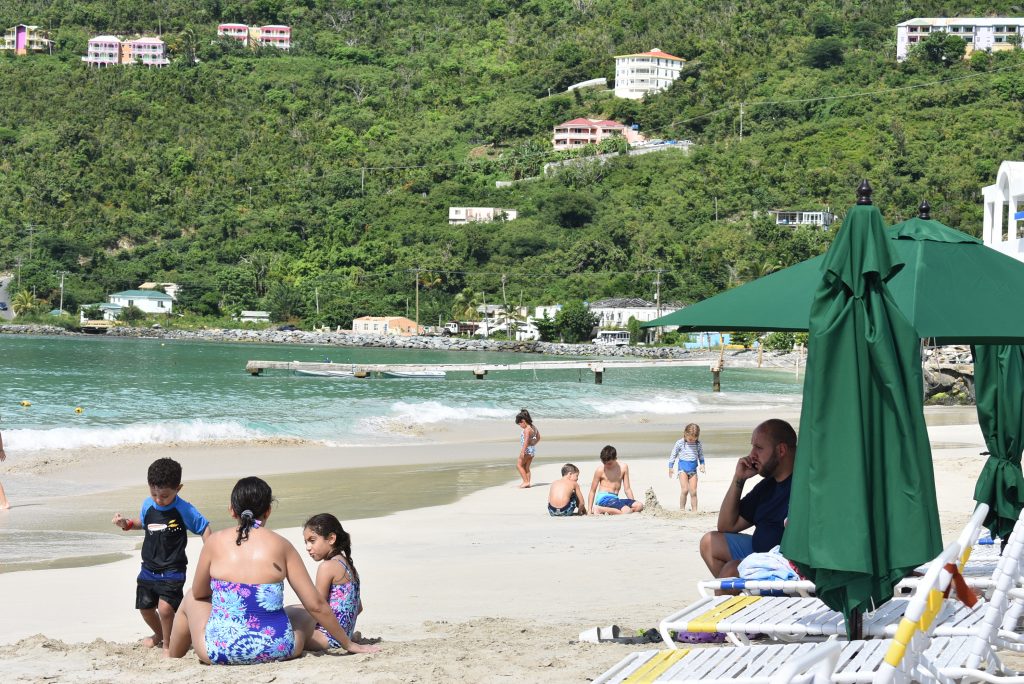 The number of available accommodations is ticking upward as major properties continue to reopen and bolster the tourism sector, Premier Dr. Orlando Smith told the House of Assembly last month.

The territory now boasts about 1,000 bookable hotel rooms, up from 824 in November. On top of that, there are now some 3,200 available berths at sea, representing about 75 percent of the pre-storm inventory, and up from 2,930 in November.

“From all accounts we anticipate that our room inventory will be near normalcy by the end of 2019 or [the second quarter of] 2020,” the premier said.

Over the last year, he said, his office has worked with the BVI Tourist Board and “has spent a considerable amount of time and energy working with our resort owners, large and small alike, to ensure that they are rebuilt, while at that same time working to attract new investment to our shores.”

New offerings for this season include Quito’s Inn on Cane Garden Bay and the cottages at Cow Wreck Beach Bar on Anegada, as well as the anticipated winter opening of the Marina Village at Oil Nut Bay. While many larger properties remain closed, he explained, they are all in the rebuilding phase, including Rosewood Little Dix Bay and Biras Creek Resort, which plan to open for 2019-2020 winter seasons. Bitter End Yacht Club will also open its marina and restaurant early this year, he added.

“Peter Island Resort is also quite advanced with their extensive rebuilding plans,” he said. “Similarly, Long Bay Resort here on Tortola now has new owners and plans are moving at a feverish pace to commence the rebuilding, expansion and repositioning of that property. This will be a boon to the tourism product on Tortola.”

Dr. Smith stressed that sustaining tourism means “attracting new investment in the tourism space,” and pointed to Cabinet’s approval last month of development agreements for resorts in Blunder Bay on Virgin Gorda and on Norman Island.

“These two new resorts will see a spend of close to a half a billion dollars over time in the territory just on the construction phase,” he said.

Looking toward the future, government is designing a National Tourism Strategic Plan, with different agencies taking a “synergistic approach” to the industry, including “micro strategic plans” for the four main islands and possible development on other islands.

As part of the comprehensive $12 million plan enacted by the BVITB, he added, work continues on bathrooms at beaches in Smugglers Cove, Long Bay, Brewers Bay, Spring Bay and Savannah Bay.

“Our guests are asking for these enhancements and for us to maintain our luxury designation,” Dr. Smith said. “We have to meet the demands of our visitors.”

In the season ahead, the te ritory expects approximately 200 cruise calls and more than 580,000 passengers, roughly 82 percent of the pre-storm numbers, according to the premier.

Anegada and Jost Van Dyke, he added, are now being recognised as cruising destinations, joining Virgin Gorda and Norman Island as stops for small boutique ships such as Crystal Esprit, Star Clipper and Star Pride.

“It is our intention to target these smaller vessels as they provide an economic opportunity for all residents and aid in the disbursement of guests,” he explained.

Amid the recovery, the territory continues to rack up awards. US News & World Report and Travel & Leisure listed the VI as a top-three Caribbean destination, and the territory was awarded “Charter Destination of the Year” at the British Yachting Awards last month in London. It also received accolades from the Family Travel Association and from the Diving Equipment and Marketing Association.

Lastly, the VI received the “Innovative Destination of the Year” award from Carib Journal, which noted in its citation that “no destination rose up more inspiringly this year than the British Virgin Islands.”