The Royal Virgin Islands Police Force bid farewell to one of their one in a ceremony on Friday. The late Sergeant Algon Smikle received an honour guard send-off at the …

END_OF_DOCUMENT_TOKEN_TO_BE_REPLACED 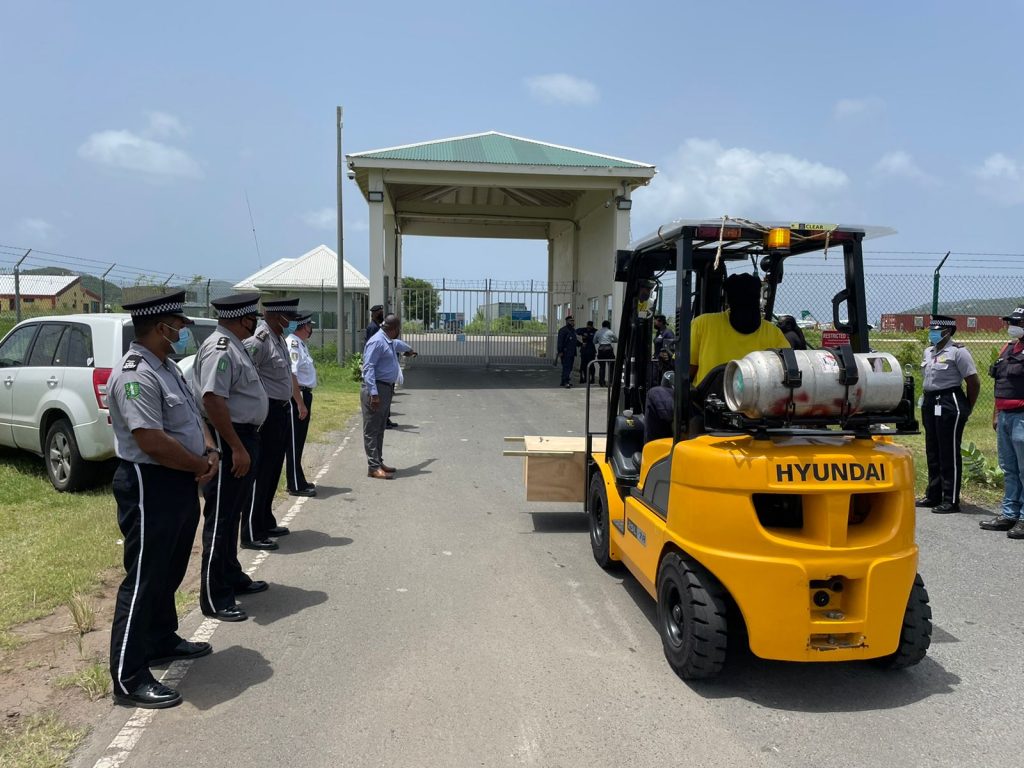 Officers from all branches of the Royal Virgin Islands Police Force were represented at an honour guard send-off for the late Sergeant Algon Smikle. (Photo: PROVIDED)

The Royal Virgin Islands Police Force bid farewell to one of their one in a ceremony on Friday. The late Sergeant Algon Smikle received an honour guard send-off at the Terrance B. Lettsome International Airport, police said in a press release on Saturday.

His funeral will be held in his home country, Jamaica. Police Commissioner Mark Collins and the honour guard lined the entrance to the airport’s runway while Mr. Smikle’s casket was carried by forklift as required by airport security protocol, the release stated.

Officers from the Armed Response Unit — in which Mr. Smikle served — and all other branches of the RVIPF were represented. Mr. Smikle served the force for 18 years. Prior to that, he was an officer in the Jamaica Constabulary Force for ten years.