Following hundreds of Covid-19 tests that skyrocketed the Virgin Islands’ tally of confirmed cases over the past three weeks, government announced on Tuesday that 111 people had all tested negative …

END_OF_DOCUMENT_TOKEN_TO_BE_REPLACED 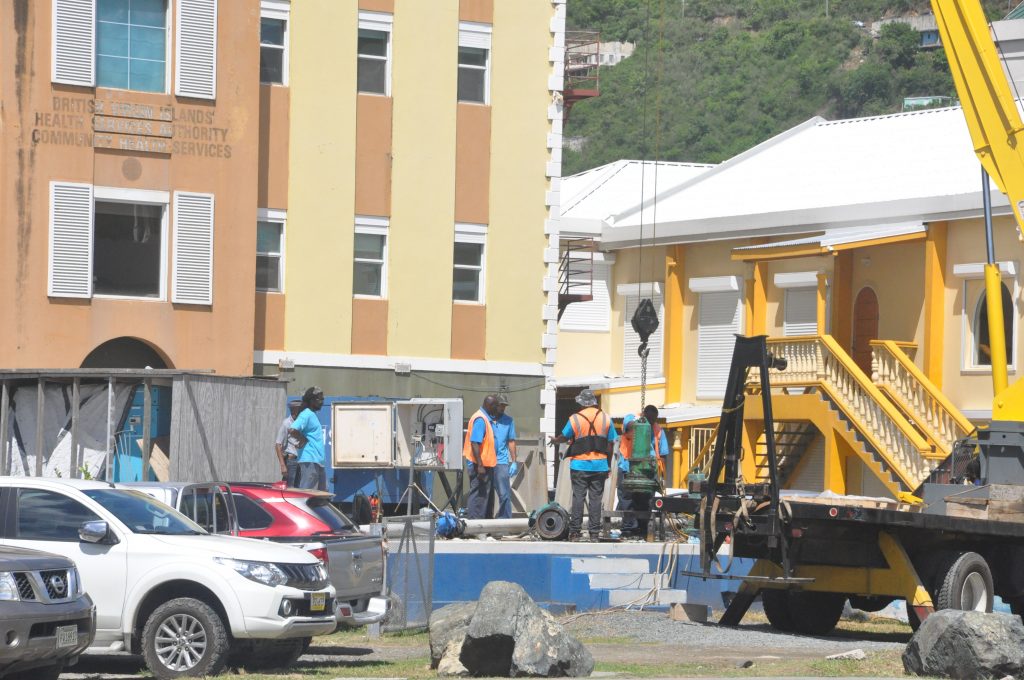 Though most businesses are closed throughout the territory, essential workers (above in Road Town on Tuesday) are still allowed to go to work. (Photo: FREEMAN ROGERS)

Following hundreds of Covid-19 tests that skyrocketed the Virgin Islands’ tally of confirmed cases over the past three weeks, government announced on Tuesday that 111 people had all tested negative for the virus on Saturday and Sunday.

The result left the Virgin Islands with 52 active cases, 10 recoveries and one fatality.

While the territory remains under a strict curfew between 1 p.m. and 5 a.m. daily at least until Wednesday, government has allowed an increasing number of businesses to remain open during the day, and some public offices resumed operations on Monday.

The most recent set of new cases was announced last week, when Health and Social Development Minister Carvin Malone said 16 more people had tested positive. He also said two patients were in the hospital being treated for the virus.

Most of the positive results came from contact tracing after “patient number 12” tested positive on Aug. 19, leading to the testing of 1,823 people within 18 days, Mr. Malone explained.

“Given the high volume of testing being done, the turnaround time for reporting test results to individual clients may take a few days, especially if the results are assessed as negative,” he added. “Priority is given to notifying positive patients and determining their isolation and contact tracing arrangements.”

All told, the territory tested over 4,000 people.

On Monday, the government confirmed that a shipment of 55,000 medical supplies from the United Kingdom arrived last week, providing the territory with more personal protective equipment like face masks, gowns and gloves.

Since a first shipment of medical supplies from the UK arrived in the VI in April, more than $1.4 million in supplies has been sent from the UK, government announced Monday.

On Friday, Mr. Malone also announced that government commissioned a “Coronavirus Economic and Fiscal Stability Task Force” that examined the cruise and overnight sectors of tourism, curfew impacts, and other social and psychological impacts. The findings from the study were not provided to the public, however.

Mr. Malone also announced the establishment of a Social Distancing Task Force under the Ministry of Health and Social Development.

He said members would cooperate with the Royal Virgin Islands Police Force and the Environmental Health Division, and that they “would consist of re-assigned public officers or qualified persons outside of the public service as designated by the health minister with the support of the Deputy Governor’s Office.”

Governor Gus Jaspert warned last Thursday that stricter enforcement of the curfew was planned as well.

He also reminded residents that a new Public Health (Covid-19 Control and Suppression Measures) Order was signed and a “zero-tolerance” policy is in place.

“If you are found to be breaking the curfew or failing to wear a face mask or social distance, you could be issued a fine on the spot — $100 for individuals and $1,000 for businesses,” he said. “Businesses can risk being shut down if they fail to enforce social distancing measures or open without authorisation.”

The only way to avoid a 24-hour lockdown, Mr. Jaspert added, is for everyone to comply with the rules.