Lawmakers on Tuesday unanimously passed a motion establishing an expanded pilot project for a National Addressing System. The motion establishes names for dozens of roads in the greater Road Town …

END_OF_DOCUMENT_TOKEN_TO_BE_REPLACED 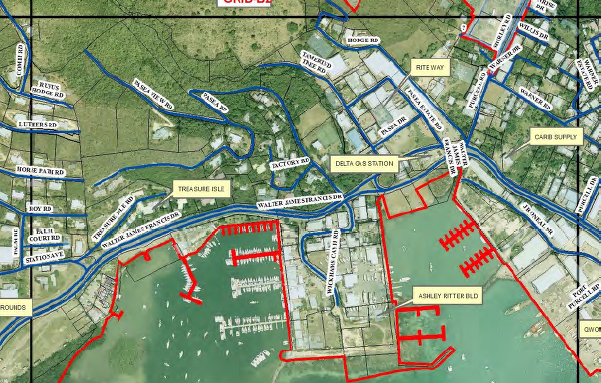 The above graphic shows some of the proposed street names legislators will vote on as early as Tuesday as they move forward on the greater Road Town portion of the National Addressing System. (Graphic: PROVIDED)

The motion establishes names for dozens of roads in the greater Road Town area — the first step in what House of Assembly members hope will evolve into a territory-wide network for addresses.

Work on the National Addressing System began 23 years ago, when legislators in the mid-1990s decided to kick off a pilot programme in Road Town, according to Premier Dr. Orlando Smith.

Though the project was begun and various promotional campaigns were launched, it was never completed for “various reasons,” Dr. Smith (R-at large) said.

Cabinet revisited the issue in late 2016, approving an expanded Road Town addressing pilot programme and sending it to the HOA, according to the premier.

During this week’s sitting, Dr. Smith argued that establishing addresses would help facilitate local businesses, boosting the financial services and tourism economy. It could also assist emergency workers, he added.

Opposition member Julian Fraser subsequently rose in support of the motion, though he had some criticisms.

District representatives and the public should have been consulted before the new names were created, he argued.

“It is obvious that some of those names have to change because long stretches of roads — very important roads — have some funny names on them that there’s little or no importance to the people that live there in the area that it’s in,” Mr. Fraser (R-D3) said.

While closing the debate, Dr. Smith countered that extensive public consultations were completed in the 1990s.

Still, he acknowledged, more consultation is needed now that the project is being restarted.

Some of the names described in the motion also appear to be misspelled, including “Abbot Rd,” “Tamerind Tree Rd,” and “Fort Charolette Rd.”

Additionally, Mr. Fraser argued that legislators should launch an addressing system for the entire territory instead of just a pilot programme.