Local News > Lawmakers to get paid after leaving office

Lawmakers to get paid after leaving office

END_OF_DOCUMENT_TOKEN_TO_BE_REPLACED 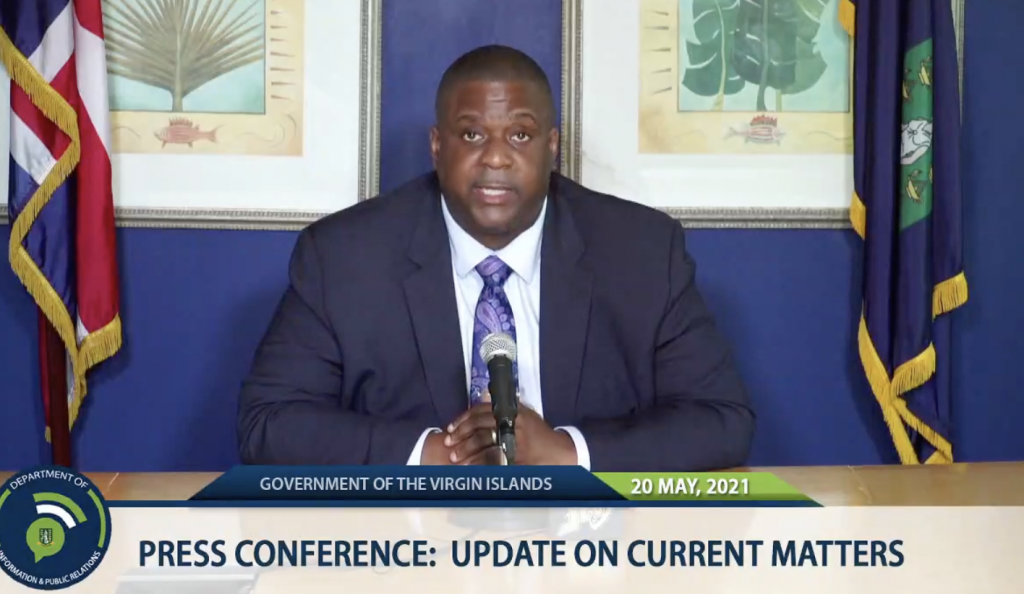 During a May 20 press conference (above), Premier Andrew Fahie defended a bill that will allow legislators to continue receiving their full salary for two to four years after they leave office. Last week, the bill became law. (File photo: SCREENSHOT)

Legislators will continue to receive their full salary for at least two years after they leave office under a new law that they passed in May and Governor John Rankin green-lighted last week.

The act, which was Gazetted on June 22 defines “salary” as the maximum amount they were paid while serving, including all allowances or emoluments.

The post-term salary comes in addition to a retirement allowance currently provided for life to any former legislator age 50 and over who has served at least five years. Under the original 1980 law, that monthly allowance is calculated as two-thirds of the maximum monthly salary paid to them while they served.

Passed in one sitting

Legislators suspended their usual rules in April in order to expedite the Retiring Allowances bill through the HOA in one sitting. When introducing it on April 29, Premier Andrew Fahie claimed that it had been prompted by retired legislators who had complained about “anomalies” with how their retirement packages were tabulated.

Legislators didn’t debate the bill at length before they passed it unanimously on May 6, but Mr. Fahie defended it during a press conference on May 20 by arguing that legislators’ salaries are too low.

“The basic salary for all elected officials is $36,000. That is for a junior person in government’s salary,” the premier said at the time. “What allows elected officials to have a little more money is when you tack on some of the allowances.

“The allowances are taxed and so is your regular salary. When you retire, you aren’t allowed to take allowances: just the salary.”

Pressed by the media to provide full salary figures for ministers, the premier said they make “roughly double” the $36,000 base salary that he mentioned.

In fact, allowances make up more of HOA members’ takehome pay than their salaries.

In 2009, HOA members voted themselves a $24,000 housing allowance (which did not apply to the premier, who already had one totalling more than $45,000) and added more than $5,000 to their entertainment allowance.

Nevertheless, Mr. Fahie said at the May 20 press conference that he’s seen retired legislators “worse off ” than they were before they were elected to office.

The premier also denied that the bill is about seeking a salary increase for legislators, noting that it would not cost taxpayers immediately.

Clarifying the retiring allowances, he added, was an issue that “has been outstanding for over 30 years.”

“Previous governments had the responsibility to settle this matter once and for all,” he said, referring to the issue as a “hot potato” passed from one government to the next.

At the May 20 press conference, the premier added that government plans to review compensation packages for public officers as well.

“Your government has taken up the review of the compensation packages for all our public officers,” he said. “But that is not a legislative amendment. That requires more. So together with the Deputy Governor’s Office, your current government is addressing the remuneration for public officers by making sure that we do a job reclassification as well as salary revision.”

Mr. Fahie said teachers, police officers, customs officers and others have been complaining that they’re not earning enough.

He asked that they give his government more time to solve problems that have been in the making for years.

The HOA, he noted at the time, also had voted recently to update benefits packages for judges.

The resulting law — the Eastern Caribbean Supreme Court ( Judicial Officers’ Pension) Act, 2021, which was also introduced on April 29 and passed without amendment on May 6 — also received the governor’s assent last week.