Business > LIAT’s future still up in the air

LIAT’s future still up in the air

As leaders of LIAT shareholder states struggle over the future of the beleaguered airline, BVI Airports Authority Chairman Bevis Sylvester has announced how the territory might fill the gap if …

END_OF_DOCUMENT_TOKEN_TO_BE_REPLACED 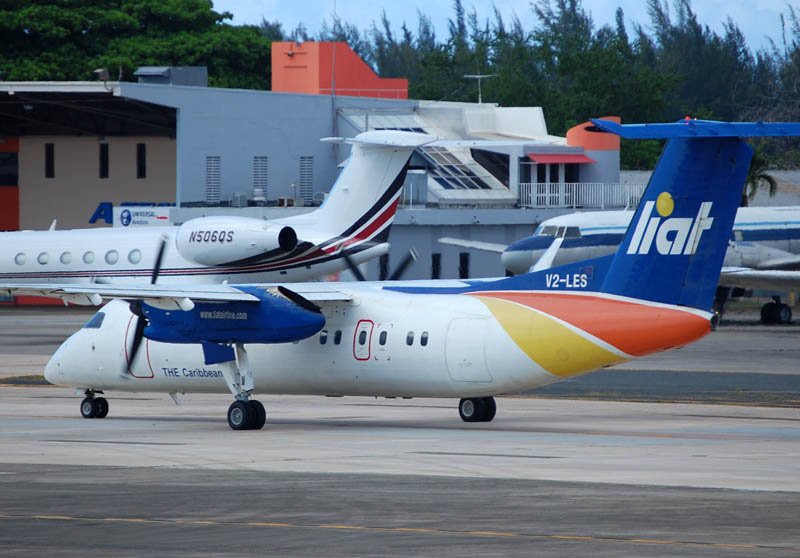 LIAT shareholders announced earlier this year that the airline was likely to liquidate and re-form. (Photo: JAMES WILLAMOR/FLICKR0

As leaders of LIAT shareholder states struggle over the future of the beleaguered airline, BVI Airports Authority Chairman Bevis Sylvester has announced how the territory might fill the gap if the company follows through with tentative plans to liquidate and re-form.

Mr. Sylvester said in a statement released last week that he views “with deep concern” the developments unfolding with LIAT.

“For all its challenges, LIAT has served our people well and its impeccable safety record has been its hallmark and a source of pride and comfort to all Caribbean people,” he said. “In recent days, we have heard that there’s a very strong likelihood that LIAT will be liquidated. As chairman of the Airport Authority, this is not welcome news; nevertheless, we hope that the former employees are afforded their benefits and we wish everyone associated with
this institution well.”

He added that the VI must “do what we must” to serve traditional routes and expand to new markets.

“This health pandemic has presented us with some serious challenges, especially in the travel and tourism sectors, but it has also presented us with
new opportunities for partnerships and expansion,” he said.

“We are currently in heightened discussions with InterCaribbean [Airways] and Caribbean Airlines, with the hope that those two private partners will be able to expand their BVI routes beyond the pre-Covid structure, so that we can quickly fill the void left behind by LIAT.”

It’s been nearly two weeks since Antigua and Barbuda Prime Minister
Gaston Browne announced that the airline was likely to liquidate and re-form under a new entity, blaming the potential collapse on the Covid-19 pandemic and its effect on travel.

The airline is co-owned by the governments of Antigua and Barbuda, Dominica, Barbados and St. Vincent and the Grenadines, and flies 491
routes to more than a dozen Caribbean countries, including the Virgin Islands.

Mr. Browne said governments could no longer subsidise the airline’s losses, explaining that “a decision will have to be made to collapse [the airline] and then maybe the countries within the region will have to come together to
form a new entity.”

The chairman of the shareholder governments, St. Vincent and the Grenadines Prime Minister Dr. Ralph Gonsalves, assured employees last week that payment of outstanding salaries and arrears “will be urgently addressed.”

However, the airline also owes its staff an estimated $70 million in severance and holiday payment, Barbados Today reported. In a letter addressed to staff members and quoted by Barbados Today, Dr. Gonsalves said that the “financial
state of the company has been reviewed and LIAT is unable to pay its debt.”

On Monday, Mr. Browne made a statement on his Facebook page opposing the liquidation and advocating a “re-organisation” instead, claiming he was shut out of the shareholders’ decision-making process and suggesting that the re-formation was a ploy to escape obligations.

“If the majority shareholding group of LIAT is allowed to opportunistically collapse this regional institution and form a new entity without honouring the institution’s liabilities to creditors, this will be a form of state banditry,” he said.

“The liquidation of LIAT without settling liabilities should be resisted by creditors and other stakeholders.” Instead, he suggested, minority shareholders and creditors should pursue a plan that
would create a leaner LIAT.

“All shareholder governments should write off landing and other fees owed to them and the staff and other creditors should take a haircut to facilitate the reorganisation of LIAT,” he suggested.

He added that if a “bloated, inefficient LIAT” made a loss of only $12 million last year, it stands to reason that a lean, reorganised LIAT could turn a profit.

He said Antigua and Barbuda stands ready to invest $40 million to $54 million in a potentially reorganised LIAT. On Tuesday, Mr. Browne met with more than 170 LIAT workers from Antigua and Barbuda and their union representatives via Zoom, afterwhich Barbados Today reported that workers agreed to accept a 30 percent decrease in severance payouts.

According to Mr. Browne’s official Facebook page, the discussions centred around LIAT staff members and creditors taking a 50 percent reduction
in liabilities due to them.

Suggestions for duty waivers, entrepreneurship funding, and land leasing for
agricultural purposes were also on the table.

Dr. Gonsalves did not respond directly to Mr. Browne’s comments. Last week, as he assumed the chairmanship of the Caribbean Community, he said he had already been in touch with Caribbean Airlines, InterCaribbean, One Caribbean and SVG Air about possibilities for filling LIAT’s void.

“I believe we are going to be able to provide in a very short time a sufficiency of regional transport to serve the sub-region and ourselves safely, reliably, sustainably and reasonably priced,” he explained. “I want to give that assurance to the people of the Caribbean community.”