Lily Pierce learned how to surf in the Virgin Islands when she was about 5 years old — with her father, a competitive surfer, as her instructor. “I was pretty …

END_OF_DOCUMENT_TOKEN_TO_BE_REPLACED 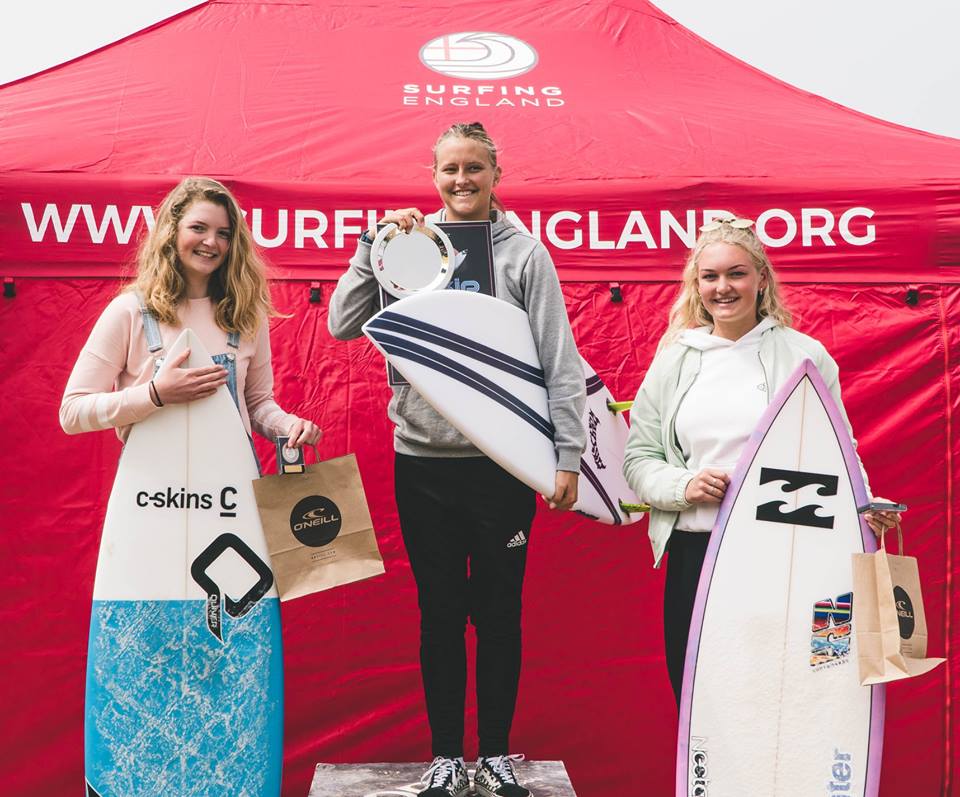 Lily Pierce learned how to surf in the Virgin Islands when she was about 5 years old — with her father, a competitive surfer, as her instructor.

“I was pretty small, but he would go out with me and put me on the front of his board,” Ms. Pierce said.

About a decade later, at 16, she won the under-18 girls category at the English National Surfing Championships this month.

And coming from surfing regularly at Apple Bay and Cane Garden Bay, she found the conditions in Watergate Bay, Cornwall a little different.

“I’m pretty new to the Team England squad and it was my first time surfing in cold water,” Ms. Pierce said. “I didn’t really know what I was walking into, but I felt pretty good about it.”

She also competed against professional surfers in the general women’s bracket of the championship, and made it to the semi-finals.

“Obviously they have a lot more experience than me, especially in the cold water, but I’ll get there one day,” she said.

Ms. Pierce, who has lived her entire life in the VI, is still a student at Cedar International School, but she’s accustomed to surfing with those much older than her.

The “regular crowd” at her main surfing haunts is composed mostly of adults, she said.

“Everyone is pretty nice, and they all support you and give you tips,” she said.

But training for international competition is a process of trial and error.

“A lot of it is just surfing, and either my mom or dad or brother will video, and then we’ll analyse those videos,” she said. “It’s a lot about technique, especially at my age, and then I’ll develop it more when I’m older.”

Frequent surfing paid off last year, when Ms. Pierce was selected as one of the surfers representing England in the International Surfing Association World Junior Surfing Championship. The competition was held in late September in Japan, however, and Hurricane Irma derailed those plans.

Luckily, she may have a second chance to attend the competition this year.

But she has another lofty goal in mind, which might take a few more years: being a better surfer than her dad.

“Maybe it’ll happen when I get older and he gets older,” she laughed. “I always like to talk about how I’m gonna catch up to him one day.”