On the “birthday” of the Lions Club of Tortola, members launched the start of their 50th anniversary celebrations. Chairperson Maria Vieira said during the April 27 launch that the club …

END_OF_DOCUMENT_TOKEN_TO_BE_REPLACED 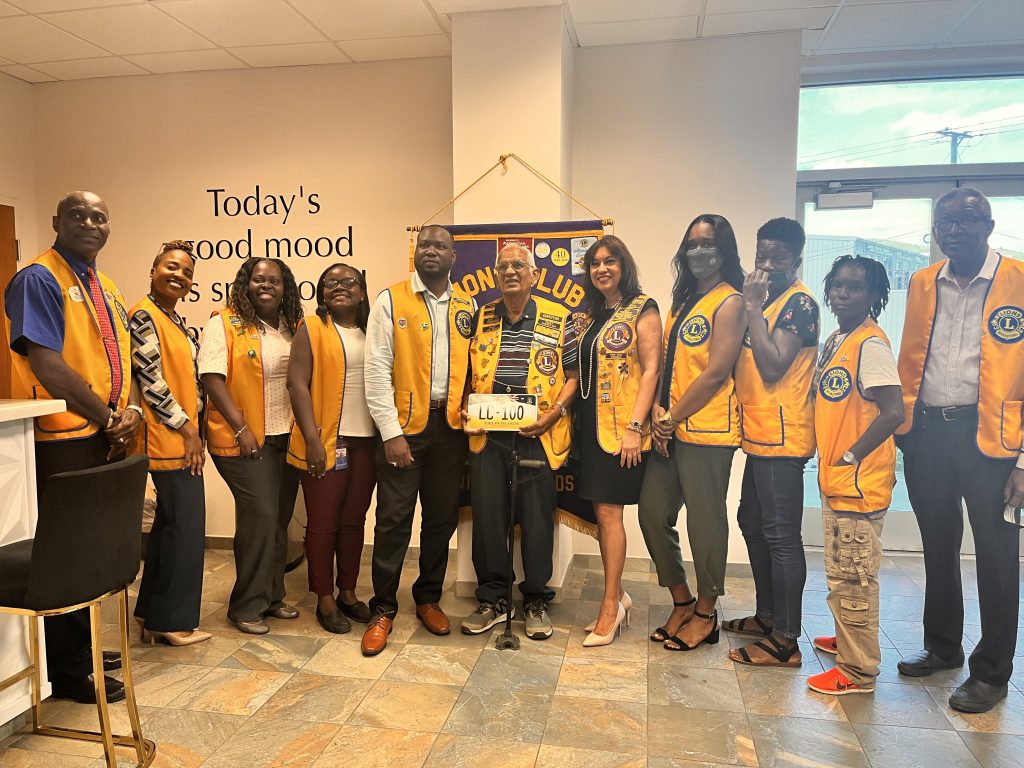 The Lions Club of Tortola launched the beginning of its 50th anniversary celebration on April 27. (Photo: ZARRIN TASNIM AHMED)

On the “birthday” of the Lions Club of Tortola, members launched the start of their 50th anniversary celebrations.

Chairperson Maria Vieira said during the April 27 launch that the club planned a variety of events for the next two weeks, including hikes and dinners.

“Of course, our club was chartered on the 27th of April, 1972, so that makes it 50 years today,” she said. “We have built our legacy of great men and women starting from 1972 from about 22 lions meeting at the Treasure Isle to start their first session.”

She said that the club wants to honour the past Lions, and that the theme for the 50th celebration is “Honouring Our Legacy and Embracing Our Future.”

President Kevin Fahie gave a brief rundown of the events to come.

“We have a jampacked week of activities coming up,” he said.

The club attended a group church service on Sunday at the Sea Cows Bay Methodist Church. On Saturday, the club will welcome other members from regional clubs to participate in a cabinet meeting.

The Lions’ “grand event” is a gala dinner Saturday evening, where Mr. Webb will be the guest speaker.

“On that night we’ll have our big event, and that’s going to be a night of history, fun and excitement,” he said. “We’re going to have a wonderful booklet depicting the history of the Lions Club.”

He encouraged the public to purchase tickets to the dinner and participate in the evening.

On Sunday, the visiting members from other clubs in the region will travel to Virgin Gorda and tour the sister island.

The club also launched a commemorative licence plate that can be purchased at the Department of Motor Vehicles for $150. The proceeds will go toward community activities hosted by the club.