Local News > Lit Fest back with 40-plus speakers

Lit Fest back with 40-plus speakers

Audience members at the H. Lavity Stoutt Community College hung on to the words of poets, essayists, novelists, filmmakers and other speakers last week during the second annual BVI Literary …

END_OF_DOCUMENT_TOKEN_TO_BE_REPLACED 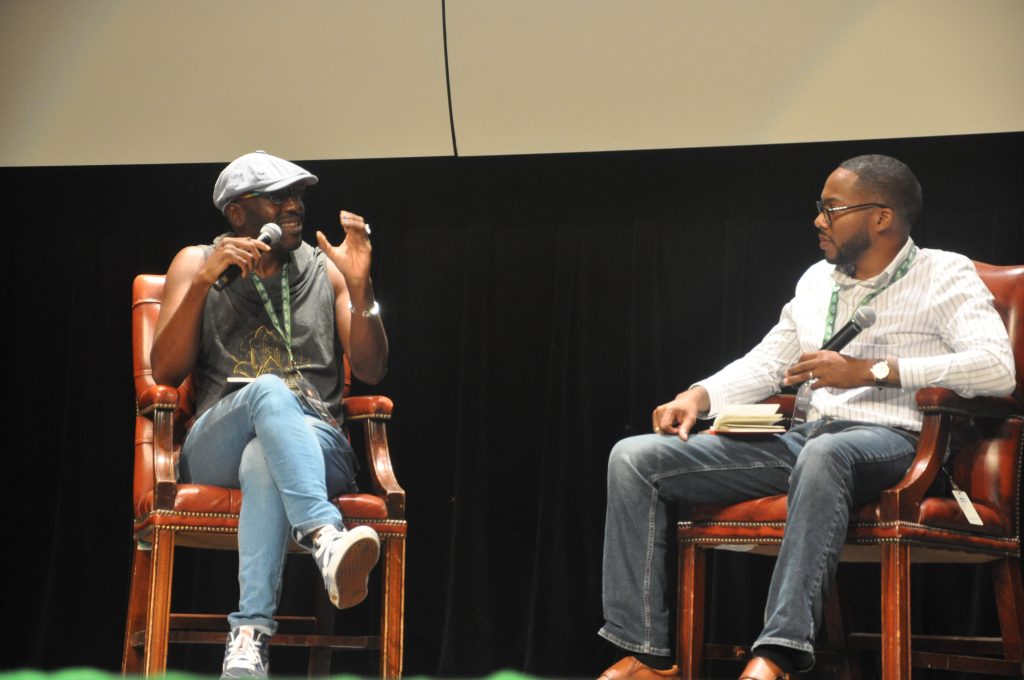 Audience members at the H. Lavity Stoutt Community College hung on to the words of poets, essayists, novelists, filmmakers and other speakers last week during the second annual BVI Literary Arts Festival.

“Dear loves, when you fall in love, you’ll be certain that it’s something special about the other person. Isn’t that what the songs on the radio make you think?” Ms. Yanique read from her novel Monster in the Middle during a Friday panel discussion themed “Future Tense: Caribbean Imaginary.” “Or maybe you’ll be smart enough to know that it’s also something special about you because that is what the therapists on TV get paid to help you understand.”

During the panel, Ms. Yanique, Mr. Buckell, Ms. Baker and Ms. Taylor also spoke about climate change, writing in dialect, and the contribution of Caribbean literature to world literature, among other themes.

“The natural environment and where you are in relation to the sea — there are these things that happen that are very visible in our work: the fact that we are very vulnerable,” Mr. Buckell said.

“That vulnerability is very important,” she said. “This is why it’s so important that we get our voices out so future generations can know what it’s about. The importance of Caribbean literature is that we’re in conversation with other societies here and in the future. We’re here; we deserve to be heard. We’re just as viable as everybody else who is writing.”

Mr. Buckell added that if Caribbean writers “don’t imagine our future, someone else will.”

The panelists also fielded several questions from students in the audience.

The fiction writers’ panel was among several sessions held from 9 a.m. until 5:30 p.m. on Friday at the college.

Other discussions centred around topics like ancestry, lineage, political development in overseas territories, economic development, climate change, and journalism on crisis situations. Among the attendees were about 100 high school students from Tortola and the sister islands.

On Saturday, workshops on publishing, poetry, fiction, non-fiction, children’s literature and other literary arts were held at Maria’s by the Sea. The Department of Culture also hosted a book fair.

Heavy rains that evening postponed the final public event of the festival: a poetry slam with a grand prize of $1,000 for the first-place winner and $250 for the runner-up.

The literary festival began last year as part of the government’s Culture and Tourism Month activities in conjunction with HLSCC.

The purpose of the event is to create a space where lovers of the literary arts can “engage in focused discussions on cultural identity while marketing the works of local authors,” according to the festival’s website.