On Saturday morning residents of the Seventh District celebrated the reopening of an access road they say has been needed for 30 years. Brady Ghut Road, located near Hodges Creek, …

END_OF_DOCUMENT_TOKEN_TO_BE_REPLACED 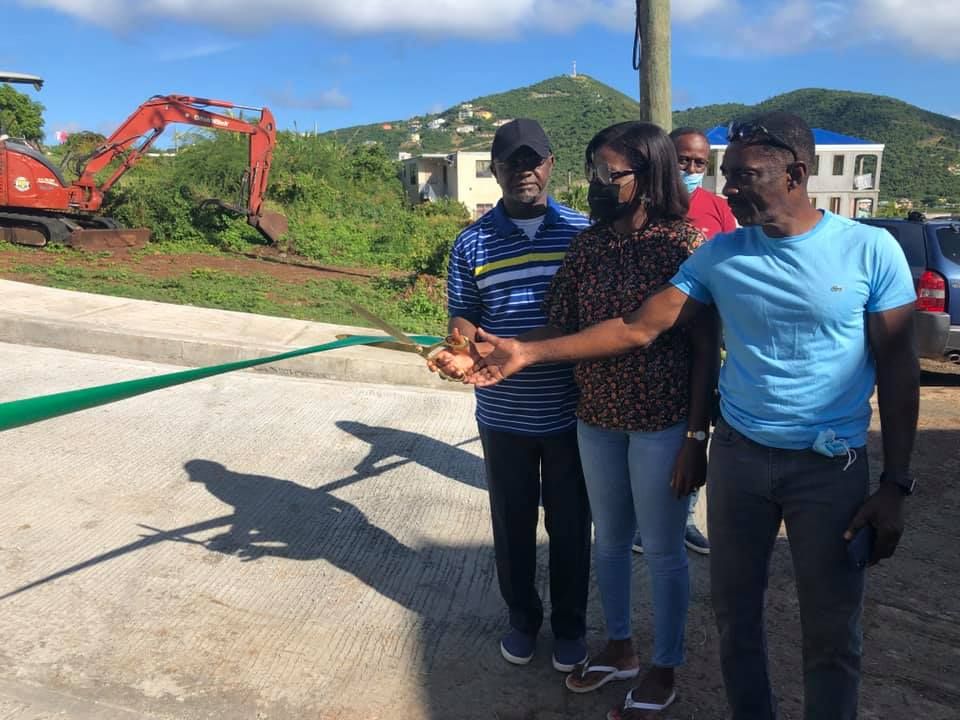 Brady Ghut Road, located in the Seventh District, officially opened on Saturday following a dedication ceremony to celebrate the project, which has been decades in the making. (Photo: APRIL GLASGOW)

On Saturday morning residents of the Seventh District celebrated the reopening of an access road they say has been needed for 30 years.

Deputy Premier Dr. Natalio “Sowande” Wheatley, who represents the district, said he was grateful resources were found to complete the project in spite of purse tightening due to the Covid-19 pandemic.

“We have the residents of Brady Ghut, who had just a very narrow access road there by Penn Tiles, and they have been crying out for years and years and years for better access to their community,” Dr. Wheatley said.

Corentz Richardson, the contractor for the project, has received praise for the work he’s done to complete the road, Dr. Wheatley said.

The deputy premier added that two cars can now easily traverse the road at the same time because of its width, and even low-riding vehicles should be able to reach the top because of the gradual incline. The roadway also includes a sidewalk to improve safety for pedestrians.

Mr. Richardson said he grew up two houses away from the site of the ribbon cutting, and he was honoured to be selected as the contractor.

“I’m really proud to know that I’m seeing progress being made in the neighbourhood, to transform our neighbourhood and make it look like a city,” he said.