Some four years after starting the procurement process for the airport expansion project, government has released two of of several studies that predict the impact the development could have on …

END_OF_DOCUMENT_TOKEN_TO_BE_REPLACED 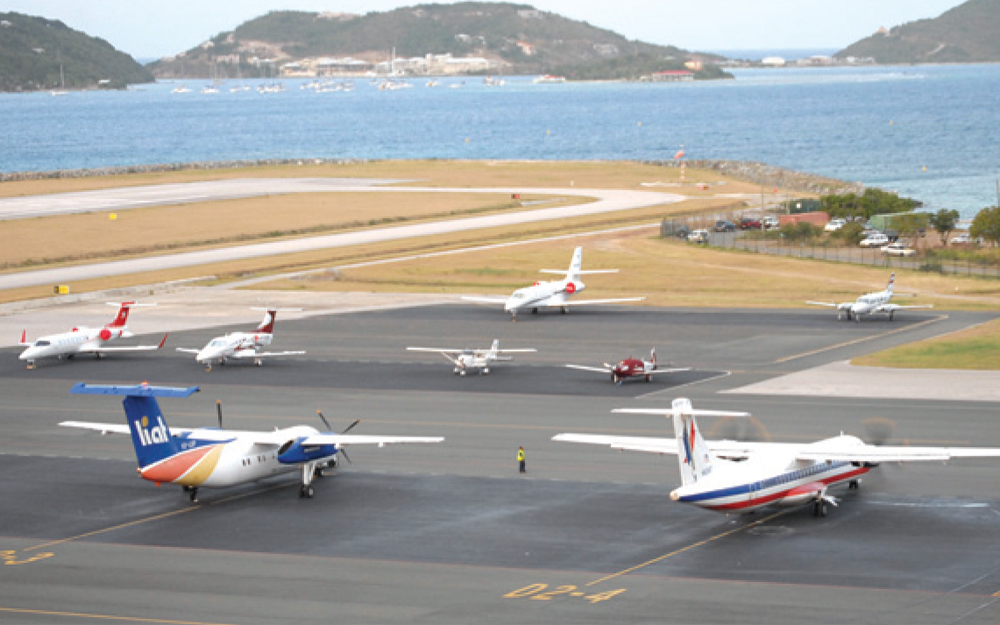 Some four years after starting the procurement process for the airport expansion project, government has released two of of several studies that predict the impact the development could have on the territory.

Those studies — one of which is only partially complete — predict that an expanded airport will attract hundreds of thousands of additional air passengers each year, resulting in an explosion of growth in the Virgin Islands tourism industry.

That growth could, in turn, spill over in other sectors of the economy, bringing hundreds of new jobs and hundreds of millions of dollars in economic growth, according to the studies.

However, those projections are based on a number of assumptions about the future of tourism in the territory, and they were derived largely from another study that government is continuing to withhold from the public. Moreover, the studies acknowledge that the projected increase in passenger volumes is far from certain.

One of the studies released last week is a partial business case completed in May that projects the economic impact the expanded airport could have on the territory, and analyses the two main procurement options.

The document itself notes that it is a second draft, and states that the final draft will include a fiscal affordability analysis, a summary of financing terms, and the disclosure of the selected bidder.

Financial Secretary Neil Smith said this week that the complete business case will be finalised after government chooses a bidder to undertake the project and a financier to fund it.

The other study — an economic impact assessment completed in September — provides more details about the expanded airport’s expected economic impact, as well as projections for what will happen if the airport isn’t expanded. PricewaterhouseCoopers conducted both studies.

The studies argue that a trend of dwindling flights to the VI will be reversed only if the airport is expanded so that larger airplanes will be able to land there.

Prior to 2006, more than 200,000 people annually came to the VI by airlift, according to the economic impact assessment.

Due to the 2008 financial crisis, American Airlines’ 2013 pullout, and other factors, that number took a drastic hit over the next decade, falling to just about 120,000 air passengers last year, data from the Central Statistics Office show.

The PwC economic assessment states that the average annual decline in air passengers to the VI was 3.3 percent between 2000 and 2013, and projects that decrease to continue if the airport is not expanded.

But that decline could soon turn into rapid growth if the project is undertaken, PwC states.

“The number of enplanements will increase approximately fourfold after the runway extension, from just over 100,000 in 2013 to over 400,000 by 2020 when all airlines expected to serve the airport have fully established routes,” PwC states. “Following this, [a separate study by Boyd Group International] projects enplanements to increase at 1.35 percent per annum until 2053.”

PwC bases those projections on the assumption that a number of new airlines will come to the VI as a result of the development.

For instance, the project’s impact assessment notes that government is in discussions with American Airlines and Jet Blue about direct flights from the US. The company IAM Jet Services also stated that there is a demand for direct flights between here and Barbados that are currently constrained by the runway’s length, according to the study.

“Therefore, the potential for increased jet traffic after the expansion is quite evident,” the study states.

However, PwC notes that government has not finalised agreements with any airlines.

The economic analysis also bases its forecasted increase in passengers on a separate passenger traffic study conducted by the United States-based aviation consulting firm Boyd Group International. Officials have declined to provide the Boyd study, as well as a number of other studies that underpin the overall cost-benefit analysis on the project.

Moreover, PwC also notes that much of the projected growth in flights to the VI is based off similar growth patterns experienced in St. Thomas, but doesn’t explain why it used this yardstick.

PwC expects the potential increase in flights to translate to a massive spike in economic growth and employment.

According to the firm’s assessment, the airport expansion project could add at least $1.45 billion to the economy between 2018 and 2053.

The studies note that the spike in employment could be so drastic that the labour force here might not be able to supply the demand from the tourism industry and other sectors.

“Looking forward, the key issue is whether the BVI will be able to attract sufficient labour to the islands to fill the gap expected going forward,” the economic impact assessment states.

To support the influx of people coming here to visit, live and work, an enormous amount of investment will have to be made into the territory’s infrastructure, the study notes.

Much of that investment will be an additional cost to government, coming in the form of more spending on roads, safety, and other public services.

This form of investment has not been calculated in the analysis of the project’s impact.

“To support the increase in population, investment in infrastructure is likely to be required,” PwC states in its analysis. “This itself will require funding, but has not been considered as part of this analysis.”

Other investment, the study notes, entails expanding the number of hotel rooms in the VI to accommodate the visitors.

According to PwC, the VI has approximately 3,865 hotel rooms that accommodate around 207,000 visitors per year.

By 2020, there will be an additional 40,383 hotel visitors annually, which will likely require around another 1,100 rooms.

To this end, a number of hotel construction and expansion projects are either being planned or are in the works, including the ongoing work at Oil Nut Bay, the planned expansion project at Lambert Beach Resort, the Virgin Gorda Yacht Harbour’s plans to build a 100-unit hotel, and VI businessman Robert Wong’s plan to build a 120-unit seaside resort in the Havers area.

This article originally appeared in the July 14, 2016 print edition.