After previous general elections in the Virgin Islands, votes were counted by hand late into the night — and often well into the following day. That method could be a …

END_OF_DOCUMENT_TOKEN_TO_BE_REPLACED 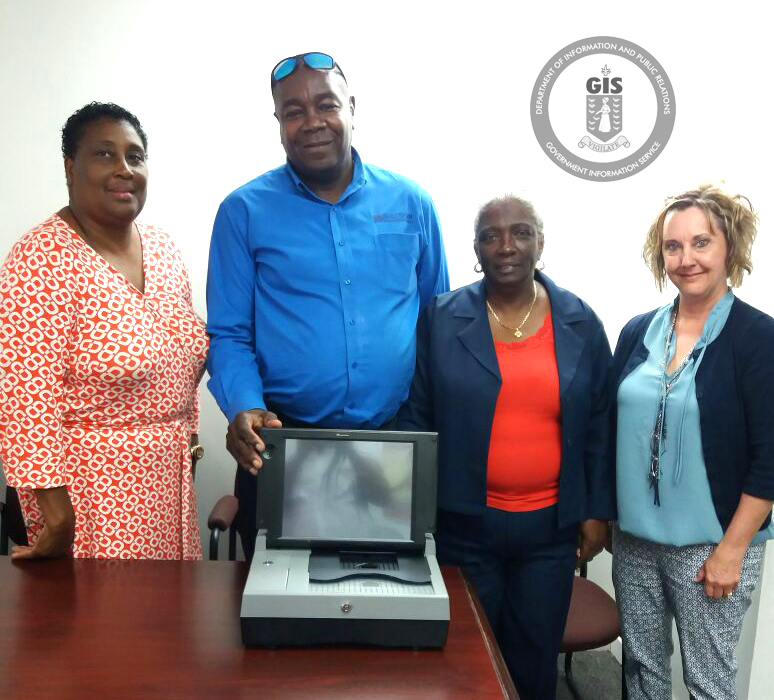 The DS200 tabulator pictured above might be used to count votes cast in the next general election. From left are Caroline Fawkes, supervisor of elections in the United States Virgin Islands; Willie Wesley Jr., business development manager of Election Systems & Software; VI Elections Supervisor Juliette Penn; and Sheri Menges of ES&S. (Photo: GIS)

After previous general elections in the Virgin Islands, votes were counted by hand late into the night — and often well into the following day.

That method could be a thing of the past.

By the next general election, the territory might have tabulating machines to automatically count votes, government announced last week.

Elections Supervisor Juliette Penn described the visit as productive and said that the machines could greatly reduce tallying time.

“The process that we use, the time that we spend counting, especially the at-large votes, will be down to a minimum,” Ms. Penn said, adding, “The machines that are being offered will be very helpful to us. They will not in any way impede the speed of the voting. As a matter of fact, I think it would enhance it.”

During his one-day visit, Mr. Wesley met with Ms. Penn as well as Deputy Governor David Archer and his acting permanent secretary, Carolyn Stoutt Igwe. Also present was USVI Supervisor of Elections Caroline Fawkes, who said her territory has been using the system since 2012.

Mr. Wesley explained that the DS200 is a “precinct-based scanner and vote tabulator” that is compliant with guidelines set by the US Election Assistance Commission.

After reviewing the territory’s existing ballots, Mr. Wesley is to return later this year with customised ballots to demonstrate the system for government officials and other stakeholders before submitting a formal proposal.