Local News > Malone crosses the aisle in House of Assembly

Malone crosses the aisle in House of Assembly

END_OF_DOCUMENT_TOKEN_TO_BE_REPLACED 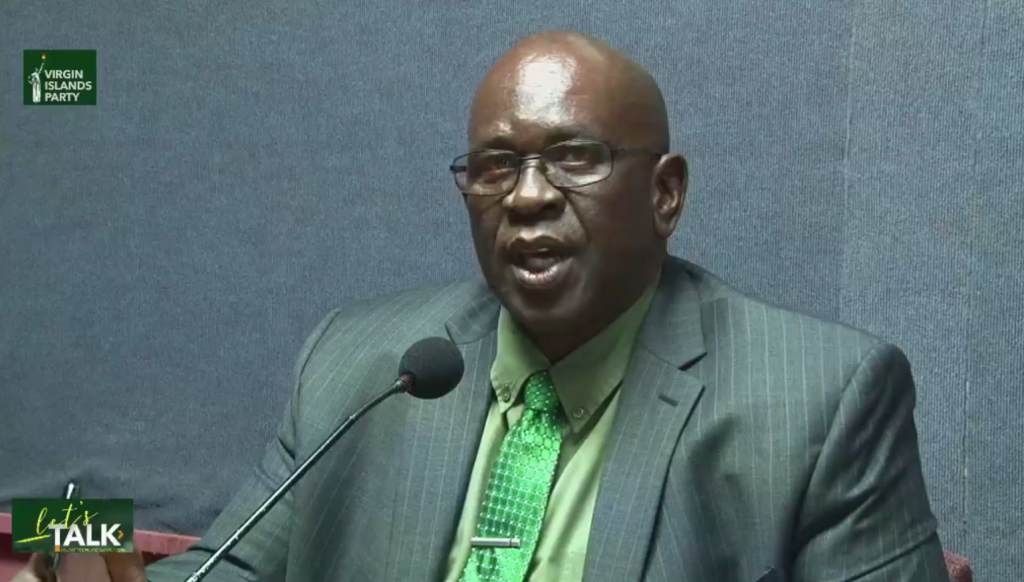 At-large representative Carvin Malone announced during a June 15 press conference that he is crossing the aisle and joining the opposition in the House of Assembly. (File Photo: FACEBOOK)

A week after the National Unity Government’s reform proposal was accepted by the United Kingdom — heading off a partial constitutional suspension and period of direct rule for now — at-large representative Carvin Malone crossed the aisle and joined the opposition in the House ofAssembly.

Although Mr. Malone said during a June 15 press conference that he’s “convinced” the NUG’s actions so far have been in the best interest of the Virgin Islands, he explained that his own personal views are in opposition with the majority of his “government colleagues.”

However, he provided few details about where his views diverge.

“I am convinced that the Government of National Unity share the goal of having the best for the Virgin Islands,” said Mr. Malone, who served as minister of health and social development under then-Premier Andrew Fahie’s previous VI Party government.

“I am equally convinced, however, that several substantive decisions and processes adopted by the majority of my government colleagues on how best to attain this goal are in stark contrast to my views and will result in conflicts that are not necessarily beneficial to the territory’s primary goal.”

The government, he added, should have sought more public input on its proposal to implement the Commission of Inquiry recommendations before finalising the deal with the UK.

Mr. Malone, however, noted that he didn’t withdraw from the VIP, of which he is the longest-serving member in the HOA.

Though he said that he was “born into” the party, he added that he would consider temporarily becoming an independent candidate if necessary.

Asked what factors led him to make his decision, Mr. Malone said he’s concerned about the COI recommendations that the NUG has committed to carrying out.

“We have a number of global British initiatives which have come to the forefront, and we have to be mindful that some of these may well not be the positions we intend to adopt,” he said. “We have a number of issues as it relates to the [COI] recommendations. Who will be in charge of the constitutional review? Who will be in charge of the courts? All these are things that we have to come to terms with. It is in my view that we should have gone to the people so we can finalise [the proposal] based on input.”

He added that that the HOA should represent the views of the public, and argued that an early election should be seriously considered.

Asked if he’s dissatisfied by the government’s plan to hold public meetings about the COI reforms this week, Mr. Malone said the proposal has already been agreed and that public meetings should have been held first.

“It is in my view that we should have gone to the people so we can finalise it based on input,” he said.

He added that he had already notified the HOA speaker, premier and opposition leader of his intention to cross the floor.

Mr. Malone also spoke about his voluntary resignation from his role as health and social development minister on May 5 when the new cross-party government was formed following Mr. Fahie’s arrest and the publication of the COI report.

“There was a proposal placed on the table to have a unity government,” he said.

“It was felt that the particular leaders of the opposition of each of the parties would require two seats. It was informed that the Ministry of Health and Social Development would be one of those seats, and I agreed that if this is what it calls for, that I have no problem with it. I accepted that this is what was required in order for the unity government to move forward.”

Mr. Malone added that one of his primary reasons for running in the 2019 elections was to avoid a partial suspension of the Constitution as occurred previously in Turks and Caicos Islands.

“Having gained knowledge of the pitfalls of other overseas territories and of the consequences thereof, I have spent the last eight years of my life committed to the cause of seeking to inform my colleagues and the people of the Virgin Islands of the virtues of transparency, accountability, and good governance and most important of their relevance to attaining the goal of self-determination,” he said.

He added that since the territory didn’t meet its goals for effective financial management in 2015, he knew then that there would be consequences.

“Based on the number of projects that were coming forward, based on the concerns that were voiced by the former premier, we can see that it was trending toward this particular occurrence,” he said.

Citing his 38 months of experience as health and social development minister, he added that “the consequences” of tens of millions of dollars extracted from public funds to address “monumental occurrences” — such as the Covid-19 pandemic and 2017 hurricanes — are “yet untold and not fully realised.”