Police are asking the public to help them locate Ballast Bay resident Shamori “Savage” Callwood, who is wanted in connection with “a number of firearm-related” incidents, they stated last week. …

END_OF_DOCUMENT_TOKEN_TO_BE_REPLACED 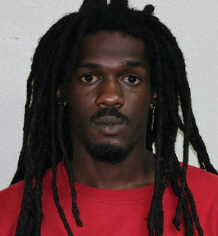 Police are asking the public to help them locate Ballast Bay resident Shamori “Savage” Callwood, who is wanted in connection with “a number of firearm-related” incidents, they stated last week.

Among other related offences, Mr. Callwood is wanted in connection to an automatic handgun seized in January, police said in a Feb. 3 press release.

Mr. Callwood, 25, is about six feet tall and slim, with a dark complexion, and should not be approached as he may be armed and dangerous, police stated.

Anyone with information about his whereabouts is urged to contact the Major Crime Team at 368-5692 or the Intelligence Unit at 368-9339.

“All calls will be treated in the strictest of confidence,” police stated.