Jost Van Dykes Preservation Society Director Susan Zaluski said in February 2020 that the group and its partners hoped to plant 1,000 mangrove seedlings. Now, government is reporting that the …

END_OF_DOCUMENT_TOKEN_TO_BE_REPLACED 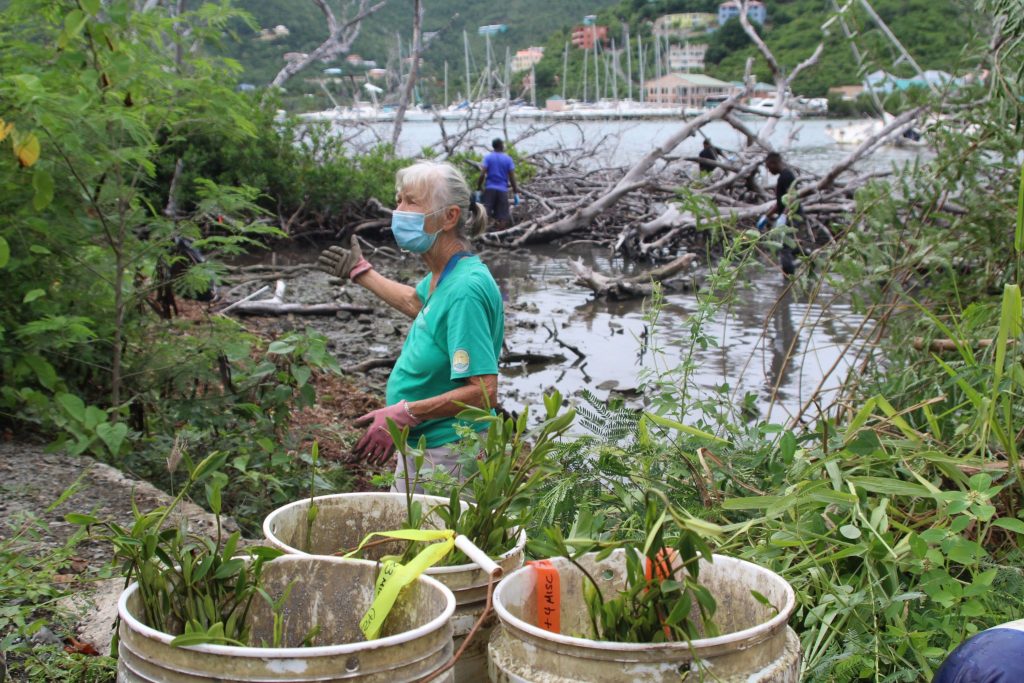 Now, government is reporting that the goal has been surpassed, and the list of areas to be replanted in the coming months is expanding.

Natural Resources, Labour and Immigration Minister Vincent Wheatley said last month in the House of Assembly that restoration efforts throughout the territory are growing.

Funding for restoring the forests — which help protect shorelines from wind and waves — also came from the larger SMART Communities Project, which focuses on reducing disaster risks for communities and local climate change-based initiatives. The $1.2 million project began in June 2017 and focuses on JVD, Sea Cows Bay, East End and Long Look.

Other community groups have pitched in as well.

“This partnership represents 155 volunteers from community groups, youth organisations and private sector entities engaged in planting or educational activities related to mangroves restoration and increasing coastal resilience,” Mr. Wheatley said. “A further 107 persons from schools, community-based organisations and private businesses have been engaged in planting or hands-on education at the mangrove nursery.”

Mr. Wheatley said his ministry, HLSCC, the International Union for the Conservation of Nature, and the National Parks Trust did feasibility assessments earlier this year for restoring damaged groves, and he said projects are planned on JVD, Anegada, Virgin Gorda and Tortola.

The United Kingdom’s Darwin Plus Initiative is providing financial support as well. According to the organisation’s website, £322,076 — about $450,000 — was allocated for the Post-Disaster Restoration of Mangroves project, starting on April 1, 2019 and ending on March 31, 2022. The Ministry of Natural Resources, Labour and Immigration is listed as the project partner, with Ali Raza Rizvi as the project leader.

Mr. Wheatley said another important component to restoring mangroves is having the legislative power to protect them.

“I pledge that one of the first species to be listed, once the legislation is passed, will be mangroves,” Mr. Wheatley said. “This resource must be protected from further loss and to that effect, government will put in place measures to ensure its long-term survivability.”