Business > Many charter boats calling it a season

Many charter boats calling it a season

With the borders still closed due to the Covid-19 pandemic, what remains of the Virgin Islands’ yachting season is looking like a wash for some charter companies and crew who …

END_OF_DOCUMENT_TOKEN_TO_BE_REPLACED 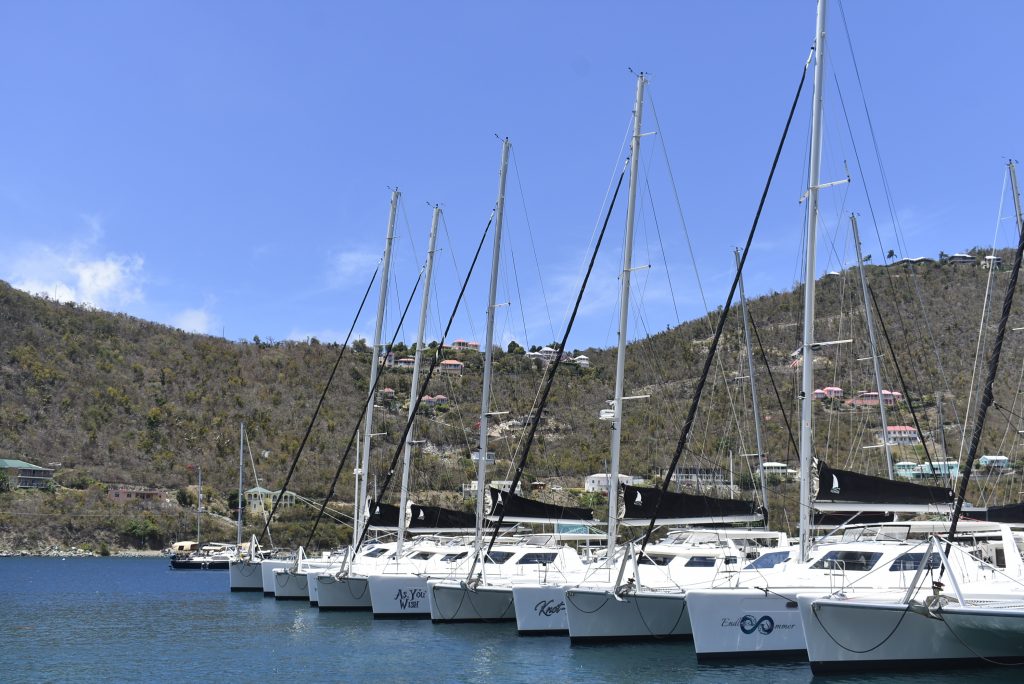 With the borders still closed due to the Covid-19 pandemic, what
remains of the Virgin Islands’ yachting season is looking like a wash for some charter companies and crew who are now hauling out their boats, preparing for a looming hurricane season, and looking cautiously toward November.

But some might not make it that long, according to Janet Oliver, executive director of the Charter Yacht Society.

“Unfortunately, it is likely there will be a reduction in our crewed yacht numbers starting next season,” she said. “With no income over a six-month period and expenses — which include crew salaries, boatyard storage fees or the relocation of vessels for the hurricane season — there will undoubtedly be owners who will not be able to carry their expenses.”

Without a definitive open-for-visitors date, she said, some crews and owners have pushed their hurricane plans forward and organised an early haul-out schedule with plans to exit the territory until next tourism season. Many are required by their insurance companies to remove their boats from the territory
over the summer in order to avoid storms.

But with borders closed around the Caribbean, Ms. Oliver said, “They are hoping their destination will have measures in place to receive them.”

At the moment, she added, there are about 75 boats moored or anchored in the territory’s waters — and not just charter yachts. Cruisers and megayachts
have taken shelter as well.

Earlier in the lockdown, most boats were focused on finding secure anchorages to wait out the restrictions, Ms. Oliver explained. But as the lockdown and border closure drag on, many are now migrating to marinas in Nanny Cay and Spanish Town, Virgin Gorda.

Graham Gips, owner and captain of Allende and chairman of the CYS, said he was preparing to remove his boat from the water and go north for the season.

Although an announced June 1 reopening in the neighbouring US Virgin Islands may be encouraging news in general, it’s not much comfort to most
vessels flagged in this territory, which are barred by the neighbouring territory from operating there commercially.

“Most BVI-based boats will not be able to take advantage of the June 2020 re-opening of the USVI,” Mr. Gips explained.

Although there are a few yachts that combine US-flagged vessels with American crew in this territory who may consider moving, that strategy also poses a risk.

The prospect of “not being able to return to the BVI for hurricane season may prevent some of this small population from choosing to leave the BVI,” he said.
Josie Tucci — vice president of sales and marketing at The Moorings, which operates the largest bareboat fleet in the territory — remained cautiously
optimistic about doing some kind of business soon.

“We are definitely hoping that there is an opening for tourism at some point this summer,” she said. “But, clearly, that is going to be a decision the government is going to need to make, and we hope very much to
be a part of those talks.”

In the meantime, she said the company is focusing on sanitising its yachts and establishing social-distancing protocols for when the chance does come.

“I do hope that there is an opening date that gives us an opportunity to have, even if it’s a soft launch, an opening now or at some point in the rest of
2020,” Ms. Tucci said.

In the meantime, she added, a renewed focus on local tourism could be in the cards.

“I think [local tourism] should be encouraged,” she said. “I don’t know what that’s going to look like, but you know we’re certainly open to all ideas at this point.”

Life on the water

Although yachts that were in the territory prior to border closures in late March were able to remain at anchor in areas like Norman Island and North
Sound, Virgin Gorda, they have been prevented from moving around, in large part to facilitate the security of borders.

Some yachts didn’t even make it that far. Ms. Oliver described “a number of member yachts which did not make it back to the BVI in time for the
border closure. They are waiting patiently to learn when they can return ‘home.’

“In many cases, these boats are awaiting haul-out in a VI boatyard, she explained.

“They are anxious to hear if there will be some provision made so they can enter the territory and execute their hurricane plans,” she said. “With
many of the other Caribbean islands closed, it leaves the yachts
in a vulnerable situation.”

Some crews that do hope to remain have struggled to figure out how a litany of government lockdown regulations apply.

Non-essential marine traffic is still forbidden and, under curfew, boat crews are forbidden from going ashore.

However, just like land-dwellers, crews need food, fuel, electricity, water and garbage disposal and other supplies.

Working together, explained Ms. Oliver, boaters developed a system working in tandem with personnel from Virgin Islands Search and Rescue, who communicate to police at the Marine Base that a boat is requesting to move.

Once VISAR obtains permission, the organisation then relays that
information back to the boat.

“You don’t move until someone says you have permission to move,” she explained.

Communication between boats also presented a problem, especially for crews who don’t know each other. But on the water, different forms of communication have sprung up.

“There tends to be sort of a WhatsApp group for a particular anchorage,” she said. “There may be [CYS] members who have reached out to those around them who might not be seen as members and helped to engage them and make sure that they are informed.”

Thanks to such innovative methods, things are working smoother now, according to Ms. Oliver.

“God forbid that we have to go through something like this again, [but] at least we will have a better sense of how to [do it],” she said.

Meanwhile, other sectors of the marine industry have also struggled to understand when and how they will able to conduct their businesses.

Even when charters shut down or leave, boats will remain in the territory and will need maintenance and care. Though putting maintenance workers back on the job wouldn’t be a panacea for the industry’s woes, every little bit helps.

“There could be some money circulating in the economy, if … some of the marine industry was viewed as being essential, you know, and there was some relaxation [around] who could be working,” Ms. Oliver explained.

Ms. Tucci said The Moorings is working with government to keep as many employees in action as can safely be working. The company, she explained,
is “still conversing with exactly how we manage what workers can come back when, and including things like social distancing and wearing masks.”

“Obviously we do have some maintenance happening with the lifting of the curfew,” she said. “And, you know, we have boatyard facilities so we have
some security as well, but we’re basically just following the government guidelines. Hopefully, as time progresses, we can get more people back to work.”

Lucien Valade, owner of yacht management company Yacht Smart BVI, said that if border closures continue into the summer, they could lead to another problem which has perennially dogged VI waters since before Hurricane
Irma: derelict boats.

“Who will ensure these vessels are safe and secure, especially with hurricane season coming very soon, which is predicted to be above average this year?” he said. “Yachts require constant maintenance and upkeep. Otherwise, they slowly but surely become derelict. The BVI does not need an increase in
derelict vessels in the territory.”

He added that yacht management and most other yacht services can be done easily while practising social distancing.

“Most of the work is done on boats without clients or other people around,” he explained.

When or how some of these issues will be sorted out still isn’t clear. Through the BVI Chamber of Commerce and Hotel Association and CYS, Ms. Oliver is
among those who have submitted a list of recommendations explaining how government can more effectively allow the yachting industry to function during the pandemic — and in the future, too.

“This has been a huge learning curve for government, and nobody has a rulebook for how to move ahead with what is happening right now,” she said. “I
think it has been a wonderful opportunity actually to educate them on the marine industry and the needs and the things that they can do.”