March, service celebrate emancipation. VI urged to remember its past

END_OF_DOCUMENT_TOKEN_TO_BE_REPLACED 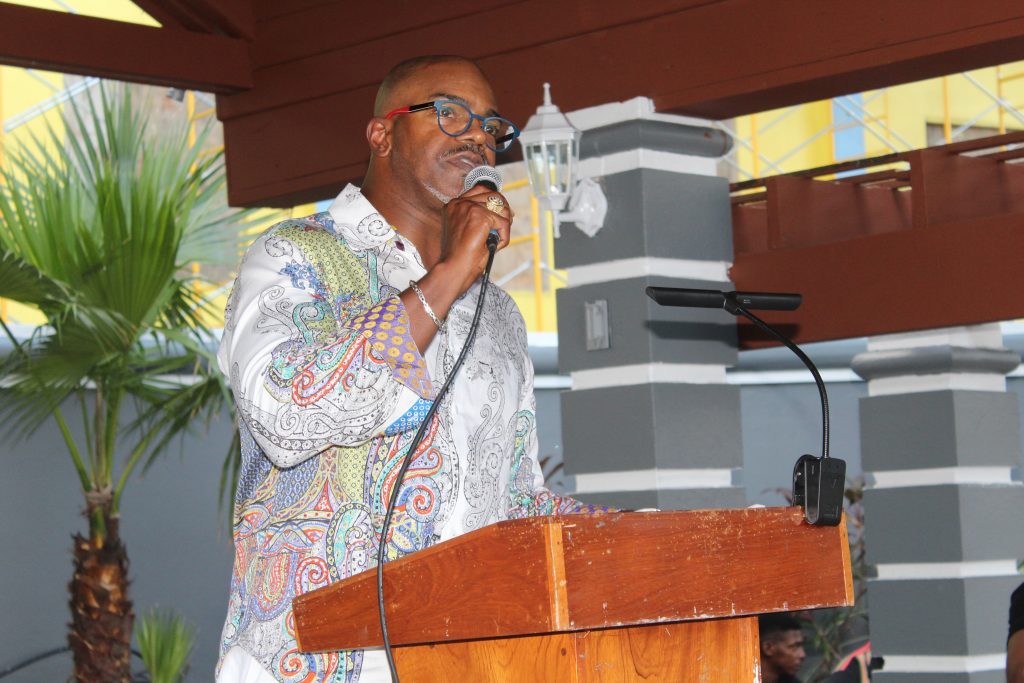 Dr. Claybon Lea delivers a sermon about the struggles black people have faced in the Virgin Islands and elsewhere in the world, and about what needs to be done going forward. (Photo: Joey Waldinger)
Led by Dr. Melvin Turnbull, senior pastor at Cane Garden Bay Baptist Church, a procession followed a truck blasting upbeat religious songs from the Government House to the Sunday Morning Well, singing and dancing all the way.

The Aug. 4 event was part of the Freedom March and Emancipation Service organised by the Virgin Islands Heritage Month Committee. The event commemorated the official end of slavery in the territory, celebrated all that Virgin Islanders have since achieved, and emphasised the importance of honouring this history.

“If you don’t know where you came from, it’s very unlikely you’re getting to get where you want to go,” said Dr. Turnbull, who is also the chairman of the VIHMC. “We’re trying to preserve that history as well as propel into the future.”

Once settled at the well, attendees listened to performances by three 2019 Gen Y Competition finalists and a prayer reading from Pastor Frankie Rathanam of the Tower of Faith Church. Then several guest speakers and performers took turns remarking on the importance of the day.

“Just because we have slavery in our history does not mean we should have a slave mentality,” he said, adding that he sees African lineage as a point of pride. “We were civilised before the rest of the world knew what civilisation was.”

Though all of the speakers praised the territory’s advancements since the end of slavery, several noted that black people in the VI and elsewhere still face obstacles to true freedom.

“I encourage persons to be ever mindful of the struggles our ancestors fought for … and let it reflect in our behaviours,” Dr. Wheatley said. “I would like to see more collective responsibility for our community, more concern for others.”

Dr. Turnbull said he is happy that the community has shown an interest in honouring and preserving its history, and pointed to events like the march as a sign of good things to come.

Bernadine Smith agreed, saying that she always looks forward to the emancipation service. This year, Ms. Smith was especially moved by Dr. Lea’s sermon, and agreed that it is vital for the territory to keep its history alive.

“If we don’t remember, we will forget,” Ms. Smith said.