In 1992, 26 ambitious Virgin Islanders and belongers each dug into their pockets and took out $1,000. Facing a fragile Virgin Islands economy and limited opportunities for investment, they decided …

END_OF_DOCUMENT_TOKEN_TO_BE_REPLACED 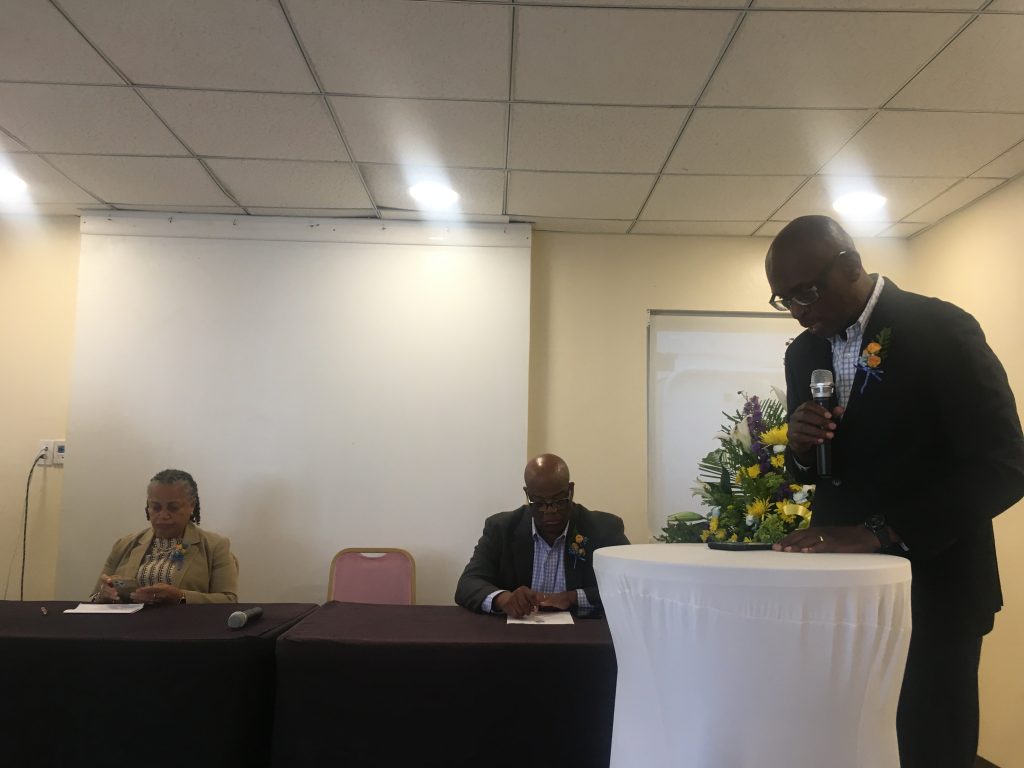 In 1992, 26 ambitious Virgin Islanders and belongers each dug into their pockets and took out $1,000. Facing a fragile Virgin Islands economy and limited opportunities for investment, they decided to pool their money and invest in businesses they thought showed promise.

So began the BVI Investment Club, which soon made its first purchase: a 50 percent stake in CCT, a small VI-based telecom startup that is still going strong while “competing with giants,” said Meade Malone, the club’s president.

Over the next 30 years, the club made many more strategic moves. Today, its investments are valued at over $100 million, Mr. Malone said.

“With a commitment to work together and give of our talents and energy towards the accomplishment of the vision, today through entities owned independently by members of the club, [the club] is represented in the hospitality, financial services, telecommunications, and utility sub-sectors, employing over 120 employees, over 1,500 shareholders, with over $2.8 million in dividend distributions to date, and making more than $2 million in donations to community and sponsorship events,” Mr. Malone said during a press conference on Monday.

The two marinas, Mr. Malone said, were devastated in 2017 by Hurricane Irma, which littered them with derelict boats and other debris. The cleanup took months, and some VGYH tenants told the Beacon in 2018 that they felt the recovery process was stalling as the owners moved in different directions.

But now the derelict vessels are largely gone, and the club is seeking tenants for many of the remaining spaces at the VG facility, said Mr. Malone, adding that further plans to develop the marina are on the way.

“You will begin to see soon in the coming weeks work around beautification of the area and enhancement of that,” Malone said, describing the VG harbour as “not full.”

He added, “We are working steadfastly towards attracting and putting those tenants in place. We work with Smiths Gore to help us navigate through to the proper and complete tenancy of Virgin Gorda Yacht Harbour, and we are working towards that, particularly after Hurricane Irma and now after the coming of Covid-19.”

Club officers also touched on a longstanding plan to redevelop both the club’s marinas to attract larger, more luxurious vessels.

Club Secretary Russell Harrigan, who is also the majority owner and publisher of the Beacon, said that “in many ways we had to wait for the tourism space to begin to recover” in order to rent space in the marinas.

He added that the territory is facing growing competition, particularly in the charter yacht space, and facilities must now raise their game.

“Post-Covid, too, the tourism space is changing in a global way, and we have to make sure that the facilities we have not only reflect those realities but also are able to compete,” he said. “It is no secret that our neighbours next door have found a way to get into the charter space more so than in the world prior to Covid. Some of that business that we have lost, we will certainly be doing what we can to attract it.”

Meanwhile, at Village Cay, Mr. Malone said the club plans to “do some dredging” in the harbour to help accommodate bigger yachts in the marina.

“That is key for us,” he said. “On the land side, we have a vision in place of having some studies done by OBMI and another consultancy around the total redevelopment of the land side.”

The club, Mr. Malone said, was built on tenets including mutual respect, equality and the desire to meaningfully contribute to the economy.

Every decision is made using a two-thirds majority vote among all members, representing “a deep trust and belief in the collective wisdom of the members of the club,” he explained.

The members, who currently number 60, participate in all investments as “equal partners, with no concessions or discounts,” according to the president.

The club strives to invest in projects and businesses that “require the collective talents, resources, and wisdom of the membership in order to be successful,” he added.

Throughout the rest of the year, many of the club’s 30th anniversary events will “really focus on youth and entrepreneurship,” including Shark Tank-like pitch events, according to the president.

The group is also launching a new website and a book touching on topics related to business investing in the territory.

“What we see on close examination of our challenges in the aftermath of hurricanes Irma and Maria, our journey through Covid, is the resilient spirit and tenacity of our members under the invisible hand of God leading us towards the accomplishment of the vision and purpose for which we were formed 30 years ago,” Mr. Malone said.