With a new acquisition, a yacht retailer and charter company with a base in the Virgin Islands is expanding its offerings into the luxury megayacht space. The Clearwater, Florida-based MarineMax …

END_OF_DOCUMENT_TOKEN_TO_BE_REPLACED 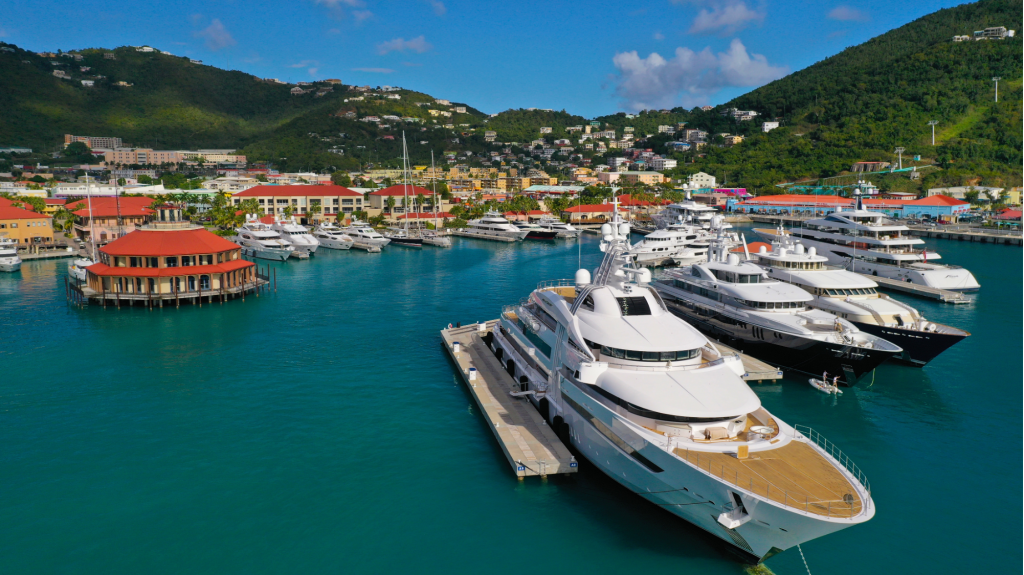 The Florida-based company MarineMax, which has a base in this territory, has acquired Island Global Yachting, the owner of luxury marinas including Yacht Haven Grande on St. Thomas. (Photo: PROVIDED)

With a new acquisition, a yacht retailer and charter company with a base in the Virgin Islands is expanding its offerings into the luxury megayacht space.

The Clearwater, Florida-based MarineMax announced last month that it has agreed to acquire Island Global Yachting LLC, which owns and operates 23 luxury marinas that serve some of the world’s largest superyachts.

MarineMax said it will acquire the company — known as IGY Marinas — for $480 million in cash, with an additional potential earn-out of up to $100 million two years after closing subject to the achievement of “defined performance metrics.”

Besides its 23 marinas, IGY owns a yacht management platform in the Americas and Europe, according to a release from MarineMax, a publicly traded firm that operates in more than 100 locations worldwide.

The acquisition is among the first steps in the company’s ongoing expansion plans, said MarineMax CEO and President W. Brett McGill.

Mr. McGill added that he hopes to offer customers of MarineMax — which already services superyachts through its
Fraser and Northrop & Johnson brands — access to a network of superyacht-focused marinas.

MarineMax has operated out of Nanny Cay since 2012 as MarineMax Vacations, starting with 13 sailboats and eventually expanding to a fleet that includes more than 50 power catamarans available for both crewed and bareboat charters.

Besides the Tortola operation, it operates 79 retail dealership locations, including 34 marinas, as well as Cruisers Yachts, which manufactures yachts and other boats. Additionally, the Marine-Max subsidiary Intrepid Powerboats manufactures powerboats, and other subsidiaries provide finance and insurance services and operate Boatyard, a digital platform for boaters.

More than 50 percent of that business is now centred in Europe, according to statistics from United Kingdom-based Solent University, but in recent years more and more Caribbean countries and businesses have clamoured to enter the space.

IGY owns eight marinas in the region, including both Yacht Haven Grande and American Yacht Harbour in St. Thomas, as well as facilities in St. Maarten, Anguilla and St. Lucia.

This territory has recently been eying further forays into the superyacht space as well.

At a press conference earlier this year, then-Premier Andrew Fahie said, “We have a product that is in demand by the megayacht industry as well. We have seen the interest by the megayachting sectors, so we know that the confidence is there, and we are also aware that there is an interest and a market if we can accommodate additional and larger cruise vessels.”

At the time, Mr. Fahie said the government was conducting a feasibility study to see whether more megayachts could be accommodated.

IGY Marinas, through recent acquisitions and growth, said it is projected to generate more than $100 million of revenue this year.

Subject to closing conditions, MarineMax’s acquisition is expected to close in the first half of 2023 and to begin growth within the first 12 months after it closes, the company stated.

Besides the marinas, IGY also serves luxury clients in other ways, with a superyacht membership programme and its own yacht management platform.

It has also played host to events like the Cannes Yachting Festival, Cannes Lions International Festival of Creativity, Superyacht Miami and Art Basel.

The transaction will be financed through a combination of credit and cash, the press release stated. Law firm Raymond James represented MarineMax, while Moelis & Company represented IGY.

The acquisition will give MarineMax access to lucrative superyacht berthing and marina services alongside services for that clientele, positioning it to potentially dominate the space, the release stated.

“Moreover, this investment continues to diversify our business mix with not only higher margins but also a larger geographic footprint, especially in highly desired destinations in the Mediterranean and the Caribbean,” Mr. McGill said. “We are very pleased to strategically expand with IGY Marinas and have tremendous respect for their outstanding management team for building a high-quality real estate portfolio of luxury marinas with extraordinary growth potential.”