Police investigations into the September 2020 killing of Matthew Daly indicate that four men charged last week with his murder were paid to orchestrate a “hit,” Director of Public Prosecutions …

END_OF_DOCUMENT_TOKEN_TO_BE_REPLACED 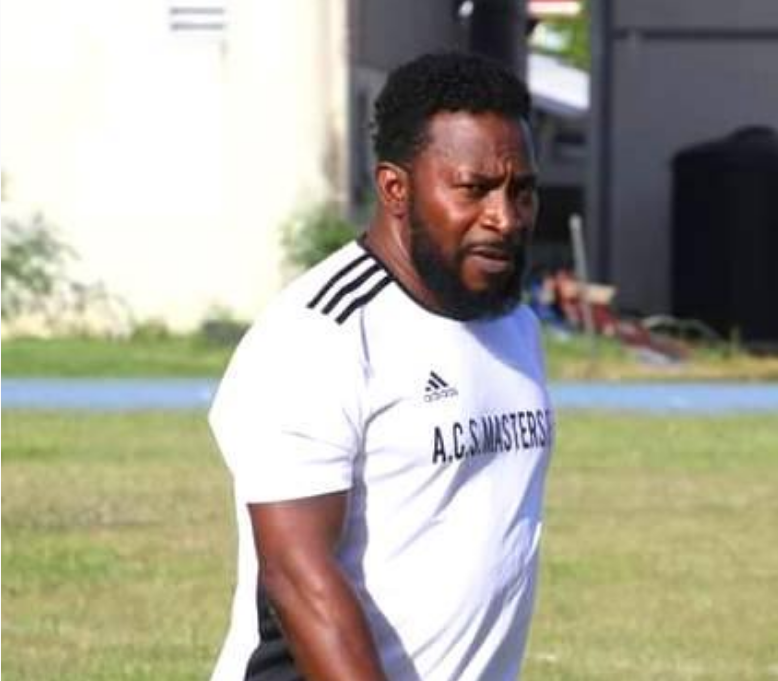 The four men charged with the September 2020 murder of Matthew Daly, pictured above, were part of a murder-for-hire scheme, the Director of Public Prosecutions alleged. (File Photo: PROVIDED)

Police investigations into the September 2020 killing of Matthew Daly indicate that four men charged last week with his murder were paid to orchestrate a “hit,” Director of Public Prosecutions Tiffany Scatliffe-Espritsaid on Friday in Magistrates Court.

“It is believed that Mr. Daly was the target of a hit, and it involved remuneration paid to the accused,” Ms. Scatliffe-Esprit said.

The charges against Dajshon Benjamin, Edward Crook, Micah Ormond, and K’vawn Choucoutou for the Sept. 10, 2020 killing are the result of police investigations that included a review of CCTV footage, phone records, and interviews with the defendants and a witness, according to the DPP.

Ms. Scatliffe-Esprit also said at least one other person connected to Mr. Daly’s murder, including the individual “who engaged the four accused” to kill him, may still be at large.

“There may be other persons that will be apprehended,” she said.

After being charged late on Oct. 13, the four accused appeared together in a virtual court hearing on Friday, where Magistrate Khadeen Palmer read the complaint and Ms. Scatliffe-Esprit read the allegations.

After reading the complaint, Ms. Palmer asked the defendants if they understood the charge.

Mr. Ormond replied, “We all understand the charge but we ain’t understand why we here.” Because of the nature of the charge, Ms. Palmer did not offer bail to the defendants, who were remanded to Her Majesty’s Prison.

On Sept. 10, 2020, the day of his murder, Mr. Daly was in frequent communication with Mr. Crook, a 29-year-old East End resident, Ms. Scatliffe-Esprit alleged.

Mr. Crook’s first call to him “was at around 9 a.m.,” when Mr. Daly was still at home, Ms. Scatliffe-Esprit read.

Around the same time, Mr. Crook was seen driving around the area where Mr. Daly lived, according to the DPP.

Between 9:15 and 9:21 a.m., Messrs. Crook and Ormond sent each other a series of WhatsApp messages about “getting the fish,” Ms. Scatliffe-Esprit alleged.

Police later determined that the “the fish” was a reference to the deceased, the prosecutor said.

CCTV footage shows him passing J Blakx Jerk BBQ food truck near the Government House between 10:40 and 10:44 a.m., she said, adding that two other accused were also seen at the food truck during that time: Mr. Benjamin, 25, of East End; and Mr. Choucoutou, 26, of Cane Garden Bay.

When CCTV footage captured Mr. Daly driving past VI Motors in Duffs Bottom around 11:23 a.m., Messrs. Benjamin and Choucoutou were seen following close behind in a blue Suzuki Grand Vitara, the prosecutor said.

Messrs. Benjamin and Choucoutou then stopped and went inside VI Motors, while Mr. Daly arrived at Nanny Cay at 11:35 a.m., the DPP alleged.

“The deceased then makes a call to Mr. Crook,” Ms. Scatliffe-Esprit read.

He then left Nanny Cay and called Mr. Crook again, she added.

At 11:39 a.m., Messrs. Benjamin and Choucoutou were “see loitering around VI Motors store,” where Mr. Benjamin repeatedly looked at his phone while store employees showed him rentals, Ms. Scatliffe-Esprit alleged.

They stayed at the store until noon, she said.

“At that time on that CCTV footage, it shows that Mr. Choucoutou looks at his phone and jumps up to his feet, and immediately leaves the store, leading Mr. Benjamin,” Ms. Scatliffe-Esprit read.

The two men then travelled east, though CCTV footage showed them returning to VI Motors at 12:19 p.m. to retrieve what is believed to be a phone left by Mr. Benjamin, the DPP alleged.

Mr. Daly again called Mr.Crook at 12:22 p.m., and “this call is registered on what they call the Lower Hope cell site, which would place him in the area of Spring Ghut where his body was later found,” Ms. Scatliffe-Esprit alleged.

She added, “Mr. Crook’s phone was ringing also on the same site, which should have placed him in the vicinity of his residence.”

At 12:35 a.m., another call between Messrs. Ormond and Crook lasted more than 17 minutes, Ms. Scatliffe-Esprit alleged.

She added that Mr. Daly also called during that time, and “it appears that he may have been put on hold, as his phone shows that he did speak to Mr. Crook,” she said.

Footage also shows Mr. Ormond traveling in the same direction, eventually “circling around and actually travelling behind the deceased’s vehicle,” the DPP stated.

She added, “The last phone communication from the deceased is at [1:06 p.m.], and it is one call to Mr. Crook, who then immediately calls Mr. Ormond.”

Between 1:07 and 1:10 p.m., CCTV footage captured three cars driven by the four accused “traveling in an easterly direction from Spring Ghut,” the prosecutor read.

Ms. Scatliffe-Esprit alleged that Mr. Daly was found “sometime after 1 p.m.” on a road in theSpring Ghut area with “apparent multiple gunshot wounds to the head and about the body,” and spent shells near the body.

The shells were collected, and after an autopsy was conducted, his death was ruled a homicide, Ms.Scatliffe-Esprit read.

On Oct. 13, the four men were arrested, their homes were searched, and they were interviewed under caution, though all denied any involvement, Ms. Scatliffe-Esprit read.

The matter was adjourned until Nov. 24 for reporting.