Sports > McMaster out of Pan Am Games

McMaster out of Pan Am Games

Four Virgin Islands athletes are slated to compete in the 18th Pan American Games currently under way in Lima, Peru. Eldred Henry, Chantel Malone and Ashley Kelly will compete in …

END_OF_DOCUMENT_TOKEN_TO_BE_REPLACED 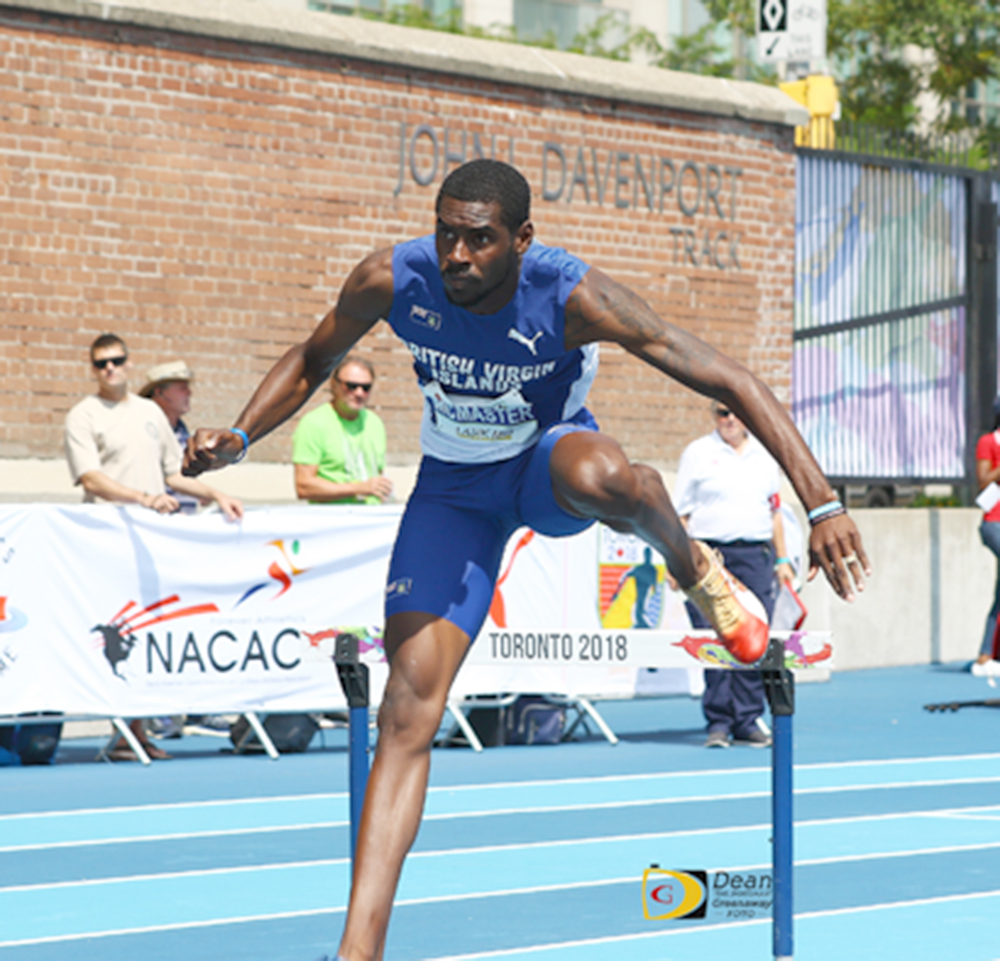 Kyron McMaster will not be competing in the 18th Pan Am Games due to an injury. (Photo: Dean Greenaway)

Four Virgin Islands athletes are slated to compete in the 18th Pan American Games currently under way in Lima, Peru.

Eldred Henry, Chantel Malone and Ashley Kelly will compete in track and field, while Thad Lettsome will face laser sailors from around the world in Paracas — about three hours from Lima by car.

Kyron McMaster, 400-metre hurdler, is out of the competition. He was slated to make his debut at the games, but an injury has sidelined the athlete.

“It is well known Kyron McMaster experienced some difficulties in his last Diamond League outing. Since then, he’s been seen by some of the best sports medicine doctors,” Mr. Augustine said in a statement. “Currently receiving treatment, he’s already taking on light workouts and remains in good spirits about his health. With continued rest and treatment he’s expected to compete in Doha. This, of course, means missing out on Pan Am.”

However, the BVIAA president is still optimistic about the VI at the games.

“We are confident that our possibilities remain unchanged,” Mr. Augustine said.

The BVIOC has the direct responsibility of entering Mr. McMaster in the games and also confirmed that that he will not compete.

“As from the BVIOC, we can confirm that he has an injury and will not be competing in the Pan Am Games,” Mr. Penn said in a statement. “Further, he is presently undergoing extensive treatment and we will advise the public accordingly.”

Mr. McMaster last competed in the London Anniversary Games on July 20 and did not complete the race. He stopped after the first hurdle. The 400-metre hurdler said he wanted to compete in the Pan Am Games.

“Due to circumstances it can’t be done, but we have no choice to be ready for Worlds in a short period of time,” Mr. McMaster said of the IAAF World Championships scheduled for Doha, Qatar on Sept. 27 thru Oct. 6. “This will be the season to test my true athleticism.”

On July 26, a colourful three-hour opening ceremony was held at Peru’s national stadium to welcome the 6,700 athletes from 41 nations. The games will feature 39 sports and 62 disciplines, with a total of 424 events.

The VI was one of the smallest delegations with sailor and flag bearer Mr. Lettsome, his coach Alec Anderson and Chef de Mission Lindel “Chef” Hodge.

As the VI delegation marched into the national stadium, an image of The Baths was projected on a large rock backdrop.

“It was a fun; a good experience I won’t forget,” said Mr. Lettsome, who is making his Pan American Games debut on August 3. “I’m pretty lucky, I think, to be doing this so young, obviously, then holding the flag. I’m trying not to take it for granted, because a lot of people can’t do this.”

Mr. Anderson said it was “cool” being able to represent the VI in the opening ceremony.

“I’ve always had a goal of going to the Olympics — though this is not quite the Olympics —it’s still a big opening ceremony with a lot of countries and a big crowd, so it was pretty darn special to finally be able to walk through a tunnel repping the BVI. So I had a great time.”

The ceremony featured Peruvian history and culture, singing and fireworks.

“From the time we walked out our apartment, everybody was watching us,” said Mr. Hodge. “Everybody was in their suits and bland sweat suits and we had our pretty shirts with ‘BE V.I.’ It was an eye catcher. I wished we had more bodies, but we did what we had to do. Our shirts caught lots of eyes and everybody wanted to trade for our BVI pins after that.”

Athletics will get under way on August 6.

Shot put thrower Mr. Henry will be competing on August 7. He is ranked 13th in the world according to the IAAF.

In 2018, at the Central American and Caribbean Games in Barranquilla, Colombia, Mr. Henry had a throw of 20.18 metres for the bronze medal, behind the Jamaicans O’Dayne Richards and Ashinia Miller. A few weeks later, he threw 20.63 metres to place fifth at the NACAC Open Championships in Toronto, Canada, to establish a new OECS record. The throwers who beat him were an American, a Canadian and the two Jamaicans who had bested him in Colombia.

The performance qualified him for the 2019 Pan American Games and this year’s World Championships in Doha, Qatar. He stands in sixth place all-time among shot putters from the C.A.C. region.

Mr. Henry, now competing for the University of Findlay in Ohio, tossed the shot put an 20.61 metres in a home meet for a national and OECS indoor record, a mark bettered only by the Jamaicans Messrs. Richards and Scott . He won the NCAA Division II Indoor Championships, adding to those he had won indoors for Central Arizona at the Junior College level.

In May, Mr. Henry threw 21.47 metres to break the NCAA Division II Outdoor Championships record. Heading into the Pan Am Games competition, he’s among the top five throwers in the Americas.

In 2015, Ms. Malone placed fourth in the long jump at the Pan Am Games in Toronto, to equal the 1987 softball team that lost to Cuba, 4-3, in the bronze medal game — the territory’s best finish at the games. The long jumper is hoping to improve on that that mark in Lima.

In 2017 she became the territory’s first IAAF World Championships outdoor finalist, when she placed seventh in the long jump in London and 2018 won silver at the CAC Games.

Her 2019 campaign got off to a slow start, leading to a point of frustration, before the breakthrough that put her on top the world at the time, when she cut the sand a 6.90 metres in the long jump. The mark is currently fifth on the 2019 IAAF List, after being number one for several weeks.

“My first meet was not all that, but I wasn’t too worried about it because my coach was saying I was still in the fall-base training and I wasn’t doing speed and once I got my feet under me, I’ll be fine, so I trusted him,” Ms. Malone said. “The next two meets were awesome. The one before my personal best was a season’s best. I felt like I was getting the rhythm back on the runway. When I jumped the 6.90 metres, I didn’t have to think about anything. It was flowing naturally. I got a little injury after that and that kind of set me back a bit. But, I’m pretty confident that I can go out there at the Pan Am Games and come home with a medal.”

Ms. Kelly, a late addition to the team, has struggled this season, but ran a season’s best 53.55 seconds in the 400 metres at the Adam Sanford Cup in New York in early July.