Employers must be “transparent, fair and reasonable” when making workers redundant, Natural Resources, Labour and Immigration Minister Vincent Wheatley told the House of Assembly last Thursday in a statement he …

END_OF_DOCUMENT_TOKEN_TO_BE_REPLACED 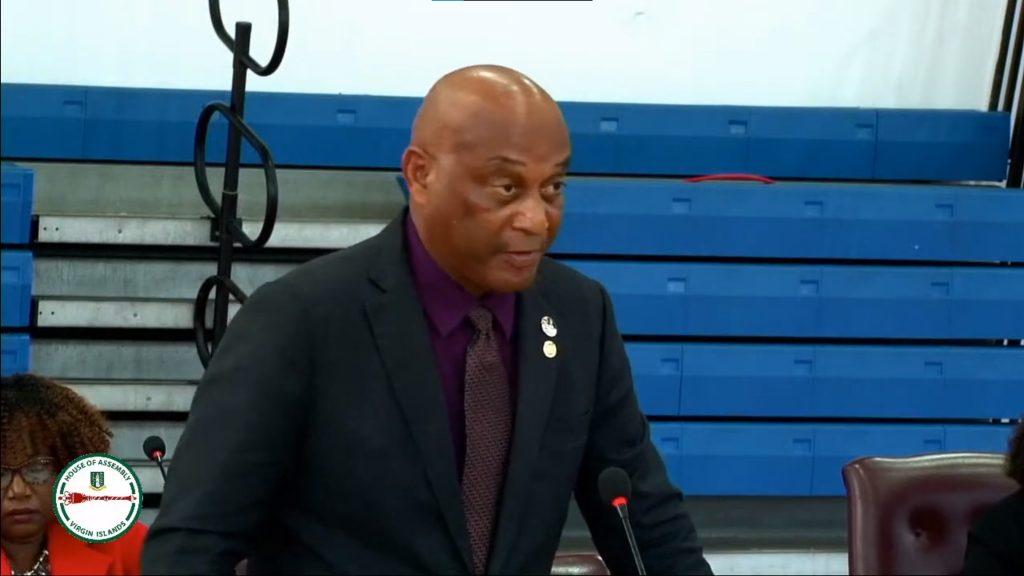 About 40 percent of Anegada’s workforce became unemployed during the pandemic, Natural Resources, Labour and Immigration Minister Vincent Wheatley said on April 20 in the House of Assembly. (File screenshot: YOUTUBE)

Employers must be “transparent, fair and reasonable” when making workers redundant, Natural Resources, Labour and Immigration Minister Vincent Wheatley told the House of Assembly last Thursday in a statement he said was prompted by recent layoffs of Virgin Islanders and belongers at a company that he did not identify.

“Recently  it was brought to my attention that a company who may be on the verge of merging with another had made redundant a group of VIslander/belonger employees,” Mr. Wheatley said.

When making employees redundant, he explained, employers must use “unbiased criteria” such as disciplinary record or length of service.

However, he stressed, making employees redundant specifically because they are Virgin Islanders or belongers does not qualify as unbiased criteria.

“Such actions may render the redundancies to be considered unfair dismissals,” he said.

“It is unlawful to terminate the employment of a suitable qualified VIslander/belonger in favour of an expatriate employee if there is no good reason.”

He did not say that the company in question had done such a thing, however.

In addition, the minister said that the method of selecting employees for redundancy should be transparent.

Employers can accomplish  this “by first giving them adequate written notice or even holding a staff meeting to address the reasons why redundancy measures are being taken and to identify those employees that are at risk of becoming redundant,” he said. “For [redundancy] not to be deemed as unfair, qualifying circumstances must exist and the employer must show that the reason for the dismissal is truly due to unavoidable circumstances.”

After issuing the written notice or holding a general staff meeting to explain the selection criteria for redundancy, “further consultation [must] be initiated with the group of employees before identifying the selections,” he added.

In his statement, Mr. Wheatley also called out the  company in question for not informing the labour commissioner of the redundancies ahead of time.

According to the Labour Code, he said, the commissioner must be notified at least one month before the termination date, particularly in a situation where three or more employees are being made redundant. The labour commissioner must then inform the minister.

“It is my understanding that, to date, the commissioner has not been officially informed of any redundancies taking place at the previously referred to organisation,” Mr. Wheatley explained.

He added that he wanted his statement to serve as a warning to the company in question and others.

His ministry, he said, will be “monitoring closely what happens” with the company going forward.

He added that if a company is rehiring employees for the same positions made redundant, the Labour Code requires  it to offer to rehire those who were made redundant.

Furthermore, workers who have been employed for at least 12 months are entitled to severance payments, he said.

“As such, I encourage all employees who have doubts and whose employers have not done so already, to contact the Department of Labour and Workforce Development to ensure that redundancy calculations are accurate to receive the correct severance entitlement payments,” he said.