Before Irma, Kenny Francis had six horses. Now he has one. The Anegada resident has launched several business ventures on the island over the years, including renting out a legion …

END_OF_DOCUMENT_TOKEN_TO_BE_REPLACED 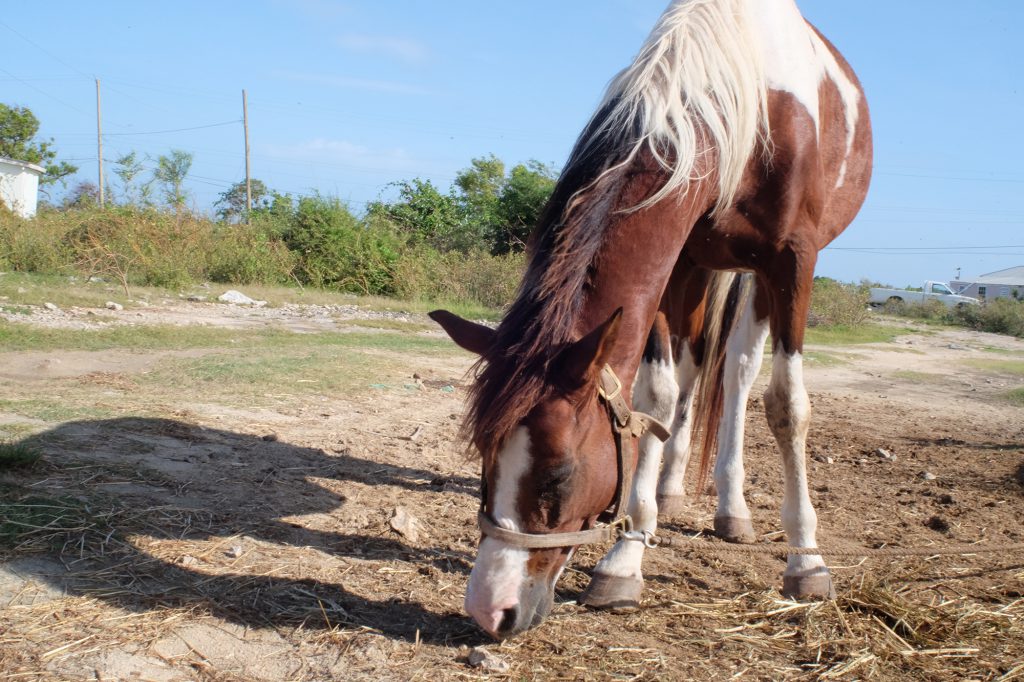 Before Irma, Kenny Francis had six horses. Now he has one.

The Anegada resident has launched several business ventures on the island over the years, including renting out a legion of scooters, but most recently decided to start offering horseback rides to tourists.

Mr. Francis bought his horses from Ellis Thomas Downs in August, and planned to start giving rides in November. The day before Hurricane Irma hit, he opened the gates to Francis Family Farms — his plot near Anegada Beach Club — and let his new purchases go.

He figured the horses would find the best place to bunker down and then find their way back after the storm for food. Typically, they would come running whenever his car pulled up to the farm.

“They used to like to run away but they’d always come back,” he said. “This time I think they’re lost.”

Nearly two months later, a majority of the horses still haven’t turned up. Mr. Francis said he found one close to the farm and has since brought it back to his home on the east side of the island.

As for the rest of the horses, several search parties have been deployed to look for them. Mr. Francis chartered a small plane with a friend, took a boat around the island and, on Friday, got a few friends from Tortola to fly a drone in certain areas.

The flat island still has several spots of thick vegetation, and other than groups of goats and cattle, Mr. Francis hasn’t found much. He doesn’t let himself think, though, that his horses died in the storm or were washed off the island completely.

“I ain’t give up on them,” he said. “I refuse to believe all the other livestock are here and they died. Animals have a natural instinct for this.”

For now, the small Anegada community is still on the lookout for Mr. Francis’s horses. If he doesn’t find them, Mr. Francis said his new business will move forward anyway.

And if anyone has a horse on the market, he added, they should give him a call.

“If they need a home, Francis Family Farm has an open door and we’re willing to buy it for a reasonable price,” he said.