For the first time in Virgin Islands history, students from the Century House Montessori School are traveling to Chicago for the 13th Annual Montessori Model United Nations conference. The Diamond …

END_OF_DOCUMENT_TOKEN_TO_BE_REPLACED 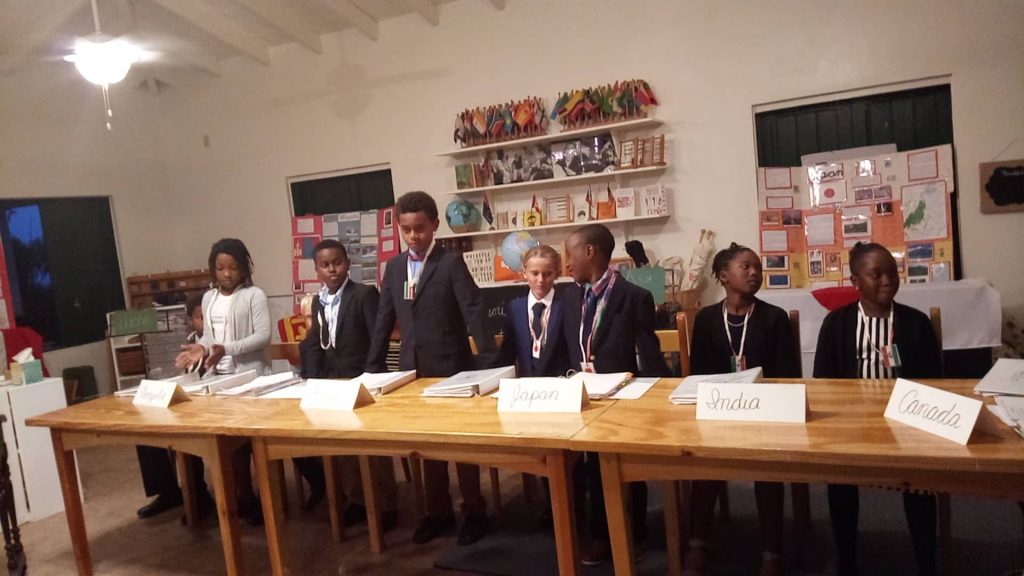 For the first time in Virgin Islands history, students from the Century House Montessori School are traveling to Chicago for the 13th Annual Montessori Model United Nations conference.

The Diamond Estate school welcomed families and friends on April 10, when 11 students explained the May 1-3 conference.

“First we’re going on a boat, then a plane, then to Chicago,” the students recited together.

The school has been preparing for the conference since before Hurricane Irma hit in 2017. Almost two years later, their hard work will finally be put to the test as they will represent five countries during the conference: Mongolia, Canada, India, Japan and Kenya.

Each student will deliver a minute-long speech on the topics of climate change and biodiversity, representing each of the five countries.

Then they’ll motion to a formal or informal consultation with other “countries” and draft resolutions for each issue.

At the closing ceremony, which will be streamed live, all the resolutions will be read aloud.

In front of friends and family on April 10, the students shared their statements and delivered ideas for resolutions. For example, on the topic of climate change, delegates from India opened their remarks with a quote from Mahatma Gandhi and suggested adding climate change to school curriculums to educate the youth.

Delegates from Japan pushed for more renewable energy, adding that climate change is a “global issue and all countries need to work together.”

“We were thinking a lot about what we could say,” he added. “We did a lot of research on the countries.”

Ni’Lani Scatliffe and A’nia Turnbull, both 9, said they looked up the history, arts, people, culture, flora, fauna, government and economy of India to prepare their statements.

They will leave at the end of this month and return the first week of May.

Teacher Elizabeth Clifton led a small demonstration of the history of Montessori schools, creating a timeline of events leading up to the present.

“I want you to see that you are part of a much bigger picture,” she told students.

Century House, which celebrated its 20th anniversary last year, was founded by Patricia Morgan for her daughter Brittany Wallis Morgan. Following the model created by Maria Montessori in 1907, when the first Montessori school was opened in Rome, it is built on principles of choice and freedom within structure, allowing children to make decisions while claiming responsibility, according to the school.

Students work together to support the school’s garden, care for animals, and clean up.

On the sidewalk of the school, flags have been painted to represent the nationalities of current and former students.