Motorcyclist killed in collision with tanker

K’shawn Thomas, 27, of Greenland, was killed Tuesday around noon while riding his motorcycle at Gene Hill, according to Police Information Officer Akia Thomas. “Details surrounding the accident are still …

END_OF_DOCUMENT_TOKEN_TO_BE_REPLACED 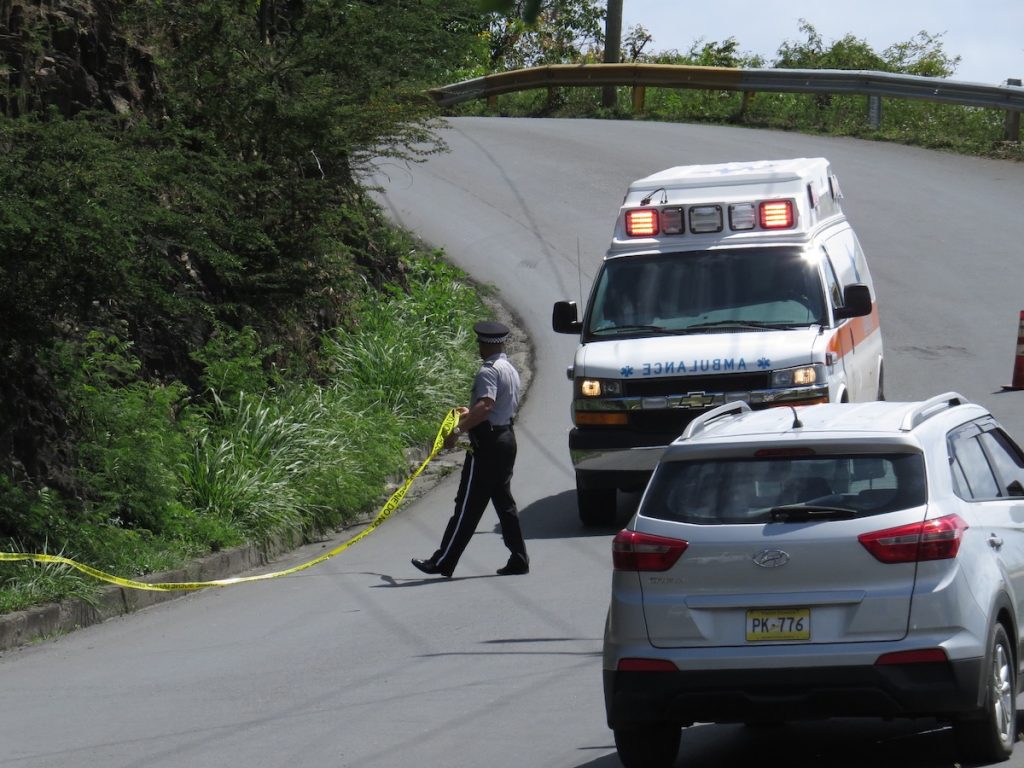 An ambulance drives away from the spot on Gene Hill where K’Shawn Thomas was killed in a wreck on a motorcycle on Tuesday afternoon. (Photo: DANA KAMPA)

K’shawn Thomas, 27, of Greenland, was killed Tuesday around noon while riding his motorcycle at Gene Hill, according to Police Information Officer Akia Thomas.

“Details surrounding the accident are still unclear. Investigations are ongoing in this matter,” Ms. Thomas said, though a police officer stationed at the scene said a fuel tanker was involved in the collision.

Police cordoned off the scene of the crash to the public, at one point letting through a crime scene investigation vehicle and an excavator carrying sand apparently intended to soak up any fuel that leaked onto the roadway.

After the crash, numerous motorbikes departed the scene, and a slow-moving ambulance, lights flashing, followed around 2 p.m. as traffic was turned back.

“His untimely death is a huge loss to all of us in East End/Long Look (specifically Greenland) and adds to the pain we feel of losing another young man from our community,” Opposition Leader Marlon Penn (R-D8) posted on Facebook. “K’shawn was a humble, respectful and hard-working young man and will surely be missed around our community, as he was always helpful and considerate.”

Mr. Penn also asked the community to remember his parents, Daphne Chalwell-Thomas and Kourtney Thomas, and siblings, Kevon and Shakeema Thomas, in their time of bereavement.