For the fifth time since the February 2019 election, the territory has a new deputy premier. This time, however, he is here to stay. Education, Culture, Youth Affairs, Fisheries and …

END_OF_DOCUMENT_TOKEN_TO_BE_REPLACED 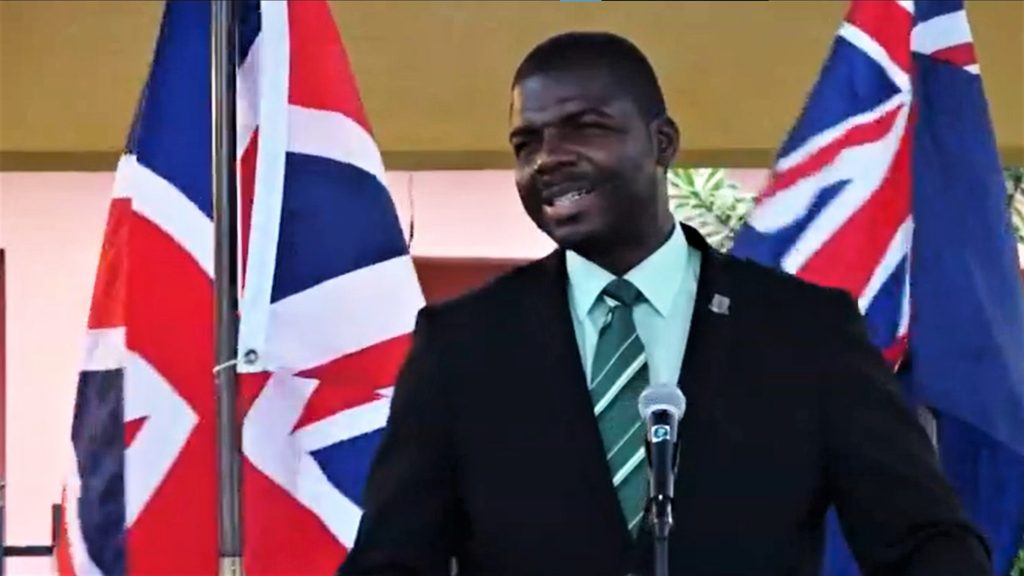 Members of government celebrated the appointment of Dr. Natalio “Sowande” Wheatley, who is also the minister of education, culture, youth affairs, fisheries and agriculture, as the new deputy premier during a ceremony on Friday at Long Look. (Screenshot: FACEBOOK)

For the fifth time since the February 2019 election, the territory has a new deputy premier.

This time, however, he is here to stay.

Education, Culture, Youth Affairs, Fisheries and Agriculture Minister Dr. Natalio “Sowande” Wheatley was appointed on Friday to serve in the role through the rest of the Virgin Islands Party government’s term in office.

Premier Andrew Fahie decided shortly after last year’s election to allow his ministers — all of whom are new to elected office — each to serve as deputy premier for three months during his government’s first year. The system was designed to give his co-leaders more experience, he said, adding that someone would be named permanently to the post after a year.

Dr. Wheatley was the first to serve as deputy, followed by the other ministers for three or four months each until Health and Social Development Minister Carvin Malone took on the role last December. Mr. Malone originally was set to serve for three months as well, but his term was extended to nearly eight months.

On Friday Governor Gus Jaspert signed Dr. Wheatley’s appointment order, which does not indicate an end date, and government noted in a press release that he was appointed to serve for “the duration of the government’s term in office.”

In an interview with the Beacon, Dr. Wheatley said he looks forward to serving as a representative both here and abroad as the world navigates the pandemic.

He has said his ministry is helping spearhead several major initiatives in the Virgin Islands, including the development of a more sustainable agriculture industry and potential legalisation of medical marijuana.

Dr. Wheatley said the development of these industries ties in with a need for greater funding for schools, adding that plans for the redevelopment of several school buildings damaged by the 2017 hurricanes are under way.

As a leader in government, the minister said he is glad for the opportunity to incorporate discussions about education into big-picture planning.

Members of government congratulated Dr. Wheatley during an appointment ceremony on Friday at The Stickett in Long Look.

Junior Minister for Tourism Sharie de Castro, the youngest serving member, expressed appreciation for his many years of marching and working as an advocate for the community.

“Leadership is in his DNA, and we’re truly grateful to have him as part of this team,” she said. “He brings a level of leadership, a level of innovation, and he always comes on behalf of the people of the Seventh District.”

Dr. Wheatley said representing his district isn’t about seeking special attention, but making sure historically underrepresented communities in the territory are involved in planning future development.

“I look forward to seeking the schools specifically in this district become some of the benchmarks by which the rest of the territory will begin to see educational reform,” she said.

Also at the ceremony, Mr. Fahie commended his ministers for bringing fresh energy to government and for their “continued commitment to keeping the BVI afloat.”

“For the last 17 months, we have been on an unconventional journey of transition, transformation, enlightenment and renewal as a people and as a territory,” he said.