By the end of next week, the National Democratic Party could have a new leader for the first time since its inception in 1999. Both Ronnie Skelton, the minister for …

END_OF_DOCUMENT_TOKEN_TO_BE_REPLACED 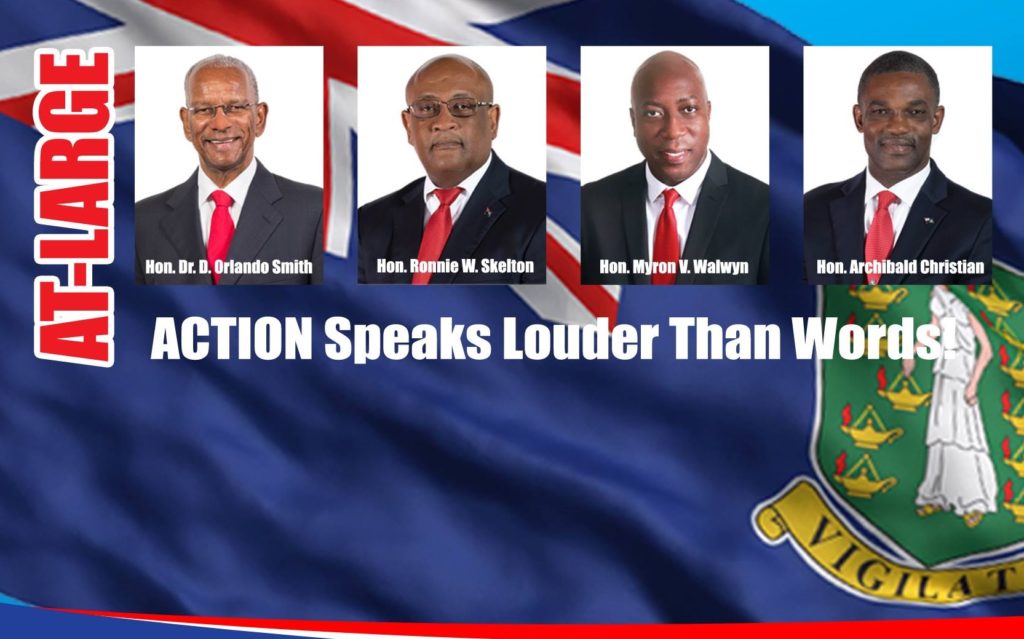 By the end of next week, the National Democratic Party could have a new leader for the first time since its inception in 1999.

Both Ronnie Skelton, the minister for health and social development, and Myron Walwyn, the minister for education and culture, have officially tossed their hats in the ring to be the new president of the NDP — a position always held by Premier Dr. Orlando Smith.

The ministers plan to compete for the post during the party’s official convention on June 23, according to NDP Deputy Chairman Dr. Michael Turnbull.

Dr. Turnbull noted that no other party officials have announced their intention to run, though he stressed that the final list of candidates will only be clear on the night of the convention when nominations are made. The decision to campaign publicly, he explained, does not rule out the possibility that others are doing so privately.

Dr. Smith — who is away promoting the financial services industry in Asia — could not be reached for comment regarding whether he plans to run for re-election.

This week, a campaign poster made the rounds in public advertising Mr. Skelton’s decision to hop in the race.

“Integrity. Accountability. Selflessness,” it read. “Ready to fight for the people.”

At least one sitting lawmaker has also publicly announced his intention to run for the party’s vice president position: Mitch Turnbull, the current representative for the Second District, according to his brother, Dr. Turnbull.

The party’s current vice president, Deputy Premier Dr. Kedrick Pickering — who is away representing the territory at Joint Ministerial Council meetings in the United Kingdom — could not be reached for comment regarding whether he plans to run again for the vice president position or enter the race for president.

Dr. Turnbull noted that the president and vice president positions — while typically filled by people who would become premier and deputy premier, respectively, should the NDP win the next election — don’t necessarily impact the makeup of a potential government. Therefore, he explained, someone new could theoretically win the presidency without impacting Dr. Smith’s premiership in the future.

Though he admitted that the campaign announcements represented the first challenge to the premier’s party presidency in recent memory, Dr. Turnbull tamped down notions that there was discord within the party. Instead, he said, the upcoming elections demonstrate NDP unity and maturity.

“This convention is special within our party,” the deputy chairman explained. “It not only represents the maturity of our now 20-year-old political organisation, but the willingness of our leadership to allow the democratic process to unfold. This smooth transition of leadership represents the highest ideal of a democratic system.”

He also noted that Dr. Smith and other party leaders have been completely supportive of the process.

Delegates are also slated to vote on 13 constitutional amendments.

Among those is a position title change: If passed, Chairman Troy Christopher and Deputy Chairman Dr. Turnbull will switch titles with whoever is elected to the president and vice president posts.

The switch — which wouldn’t have any impact on the actual roles — is a formality designed “to get in conjunction with other party organisations around the world,” Dr. Turnbull explained.

The convention will bring together sitting NDP House of Assembly lawmakers, national officers, members of the national executive, and no fewer than three and no more than seven delegates from each district association and territorial committee, according to a party press release.