As the culmination of a project that started in 2002, the National Parks Trust launched its first environmental atlas during a ceremony at Government House. “This initiative will help us …

END_OF_DOCUMENT_TOKEN_TO_BE_REPLACED 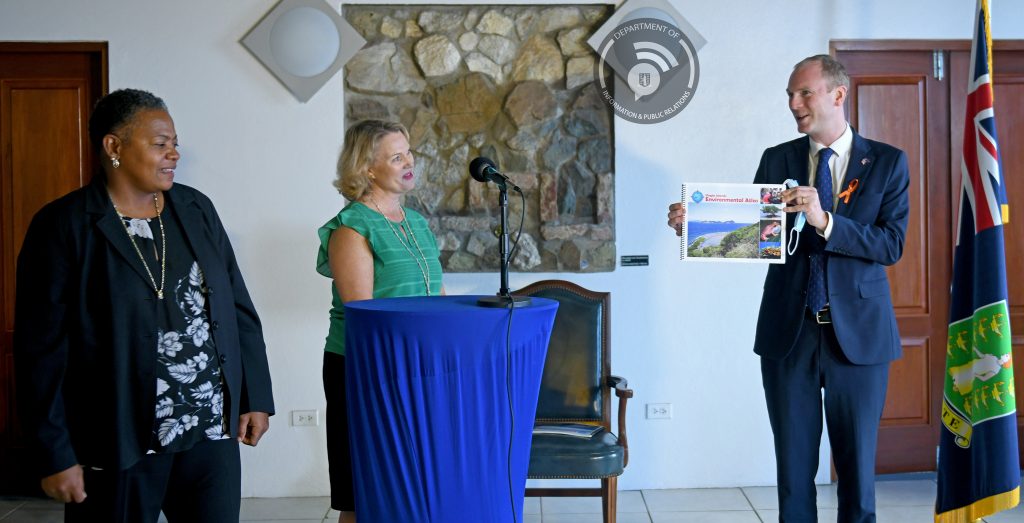 As the culmination of a project that started in 2002, the National Parks Trust launched its first environmental atlas during a ceremony at Government House.

“This initiative will help us to preserve and manage designated natural areas and bring greater awareness of the Virgin Islands’ natural landscape and biodiversity,” NPT Director Dr. Titley-O’Neal said during the ceremony.

She added that the publication — which she said was created through the collaboration of 39 local, regional and international experts — is also designed to foster environmental research across the territory.

“The atlas unites an array of technical information which was previously dispersed throughout many different government departments and unpublished reports,” she explained.

The development of the atlas began in 2002 through an initial grant from the United Kingdom Overseas Territories Environment Programme, and it was completed in 2006, according to a government press release.

The Governor’s Office recently provided a $5,000 grant to update and finish the printed version.

“I hope this publication will be a valuable resource for schools across the territory, and will inspire the next generation to protect and preserve BVI’s beautiful natural environment,” Governor Gus Jaspert said during the ceremony. “I am grateful to the UK for providing funds to support this important project.”

Two hundred copies of the atlas have been printed with the funding from the Governor’s Office. They will be distributed for free to schools, according to government.

The NPTVI is now seeking additional funding to print more copies that will be sold in bookstores around the territory.

For more information call the NPT at 345-3650 or email deputydirector_nwp@bvinpt.org.