What began as a volunteer-led effort to protect the environment in the 1960s grew over the decades into a professionally staffed organisation in charge of managing 21 national parks, restoring …

END_OF_DOCUMENT_TOKEN_TO_BE_REPLACED 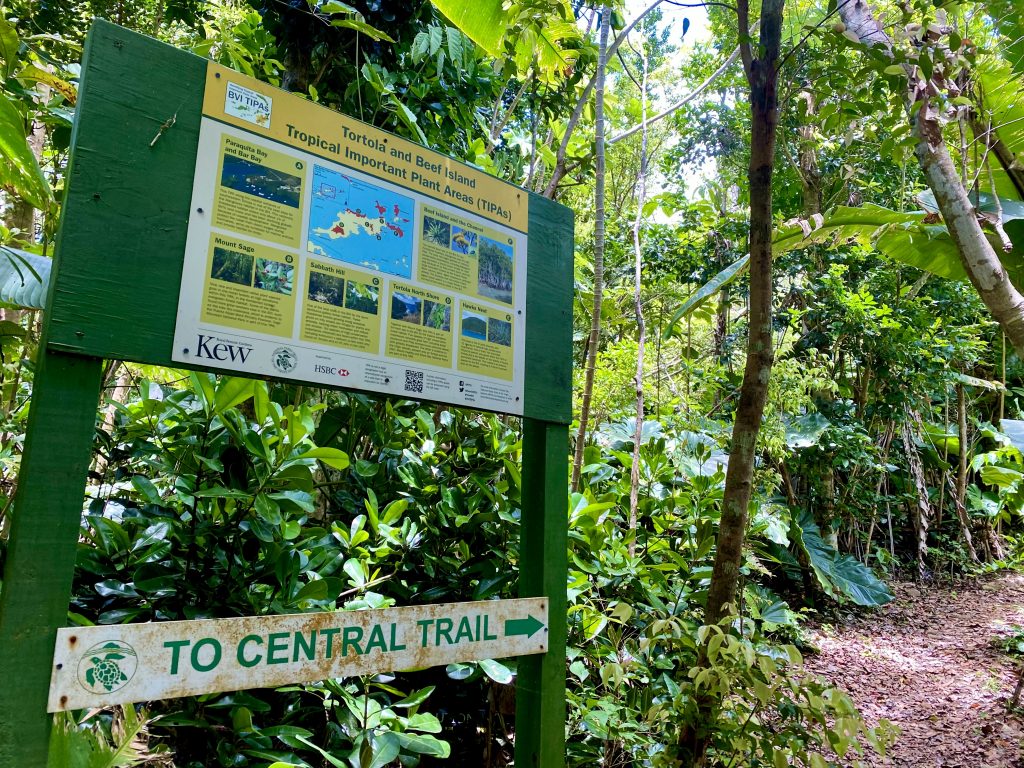 The National Parks Trust of the Virgin Islands turned 60 on Saturday, and leaders reflected on key moments in the organisation’s history, like when it began managing Sage Mountain National Park in 1964. (Photo: DANA KAMPA)

What began as a volunteer-led effort to protect the environment in the 1960s grew over the decades into a professionally staffed organisation in charge of managing 21 national parks, restoring species and forests, conserving marine areas, and educating people about the Virgin Islands’ natural resources.

The National Parks Trust of the Virgin Islands, the second-oldest trust of its kind in the Caribbean, officially celebrated its 60th anniversary on July 31 with a virtual ceremony.

The agency is known for its environmental education outreach and stewardship of the VI’s parks, starting with Sage Mountain National Park in 1964. Joseph Reynold O’Neal, after whom the J.R. O’Neal Botanic Gardens are named, served as the first chairman.

Director Dr. Cassander Titley-O’Neal said on July 31 that the trust anticipates it will be involved with more parks to be declared in the future.

The NPT board is currently chaired by Nelson Samuel, and he credited his team for being small but hardworking and resourceful in carrying out their mission.

Dr. Titley-O’Neal explained that in-person anniversary activities were postponed due to the Covid-19 outbreak, and she called for a moment of silence to honour those who died with the virus in recent weeks.

She also commemorated the life of Bertrand Lettsome, a past board member and noted VI environmentalist who died last month.

Mr. Lettsome, she said, came up with the idea for the VI Environmental Atlas that the trust launched last year, worked with several grassroot organisations, and was involved in a lawsuit to protect Hans Creek on Beef Island.

In the virtual ceremony, Natural Resources, Labour and Immigration Minister Vincent Wheatley congratulated the trust for its past and present successes in the sustainable management of the VI’s resources.

“The invaluable work that they do day in and day out to preserve and protect our environment does not go unnoticed,” he said. “Preserving, conserving, enhancing and managing the natural resources of our territory is no easy feat. It is very important more now than ever to advance the conservation of the native flora and fauna whilst securing local and international funding for this invaluable work to continue.”

Premier Andrew Fahie wished the agency well and gave a “heartfelt thank you to those organisations that have supported the trust over the past 60 years.”

“It is vital that we all recognise the importance of conserving the beauty and wonder of our natural environment here, and that all of us play our own part in ensuring that these unique areas are preserved for future generations to experience and enjoy,” he said.

He added that it is key that leaders pledge further action on issues related to climate change, as is planned for the United Nations’ Climate Change Conference in November.

Dr. Titley-O’Neal said she envisions in the future a self-sustaining trust that would continue to help the territory recover from hurricane damage, and she hopes to see the botanic gardens rebuilt for the enjoyment of all community members.

She also invited volunteers to reach out.