National trash plan in the works

As both house-to-house and communal-bin garbage collection continue, plans to launch a national waste management programme are resuming after being delayed by the Covid-19 pandemic, Health and Social Development Minister …

END_OF_DOCUMENT_TOKEN_TO_BE_REPLACED 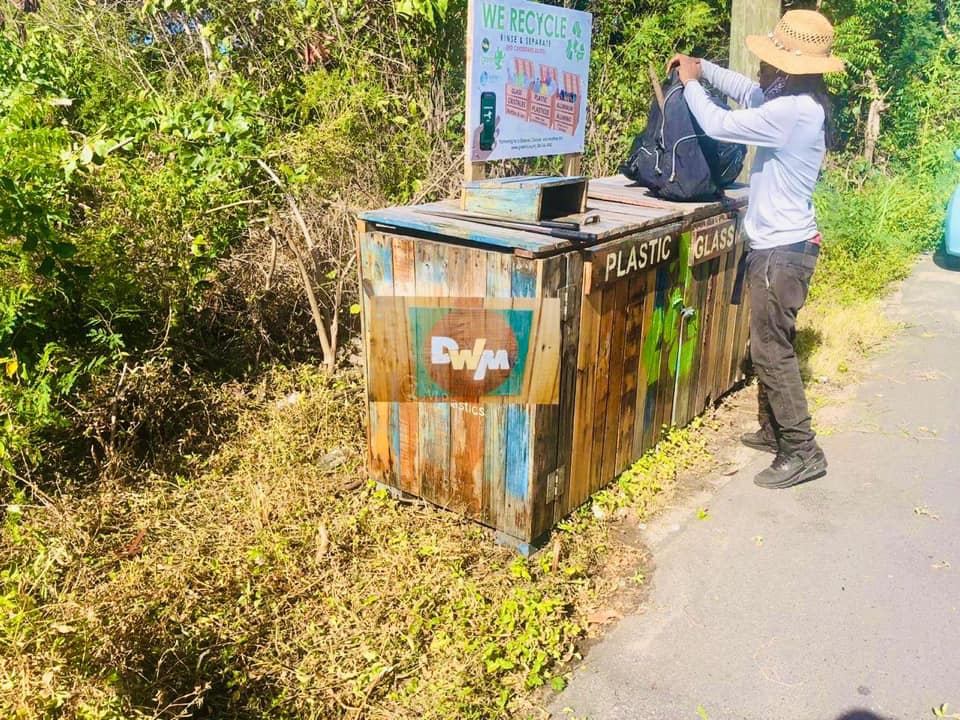 As both house-to-house and communal-bin garbage collection continue, plans to launch a national waste management programme are resuming after being delayed by the Covid-19 pandemic, Health and Social Development Minister Carvin Malone said June 19  in the House of Assembly.

“Before Covid-19, it was announced at the House that we would have community meetings with all of the players,” he said. “It was announced that [the Swiss firm] Agency Red was given the contract. In fact, they were contracted in 2019 by the National Democratic Party to undergo a waste management study. We made sure that we set this up — plans were afoot — and then came Covid-19.”

On Feb. 27, Mr. Malone met with representatives of Agency RED, a consultancy firm that drafted a comprehensive waste management strategy “with the aim of achieving sustainable, integrated solid waste management” in the territory, he explained.

The strategy hasn’t been provided to the public yet, in spite of promises from Mr. Malone at least as far back as October.

After the arrival of the coronavirus pandemic, house-to-house garbage collection was implemented to cater to residents on lockdown while collection from the communal bins was done every other day to serve essential workers who were mobile, Mr. Malone explained on June 19.

During a question-and-answer session Friday in the HOA, Mr. Malone told Opposition Leader Marlon Penn that 55 people were employed through the house-to-house collection programme. Later, he changed that number to 75 people. He did not explain the change or clarify whether he misspoke, nor was he asked about the difference.

“Both collection methods are currently being utilised,” he added on Friday. “However, the regular garbage collection from the green communal bins is done seven days a week and the house-to- house collection is being done on Mondays and Thursdays only.”

The house-to-house collection is part of a longer term national waste management plan, he said, adding that the system has been used in the past as well.

“The pounds of garbage that have been able to be reduced as a result of house-to-house collection is miraculous,” he said, though he did not explain the reason for the reduction.

When the first territory-wide lock- down was announced at the end of March for a period of six days, residents were instructed not to go outside for any reason, including garbage removal. Members of some households complained that leaving trash indoors would attract pests and disease, which they said was counter-intuitive to staying safe and healthy during the Covid-19 outbreak.

A house-to-house garbage collection programme was announced just before April 2, when the initiative began. With an extension of the 24-hour curfew, residents were able to leave trash outside their homes for collection on Monday, Wednesday and Friday mornings.

This initiative already had been in the works, Mr. Malone explained Friday, and the pandemic gave it a push start.

Throughout the lockdown, government also encouraged residents to rinse, separate and store their recyclable items to be collected and processed once the curfew lifted.

Meanwhile, Green VI, a non-profit organisation that promotes sustainability education and projects, installed 46 drop-off locations for recyclables throughout the territory.

In the future, there will be a “marriage” of the house-to-house collection and the recycling programme, Mr. Malone said, and he reassured contractors that government would not “seek to pack them up.”

However, the current two-week rotation for house-to-house collectors will change, and there will be a reduced number of contracts for that method, he said. Nevertheless, he reassured contractors that there would be a “fair and equitable way” for them to “continue to participate.”

The study conducted by Agency Red also found a number of potential sites for a landfill, Mr. Malone said, though he did not list them. However, he added, any landfill would need to use mechanisms to reduce the volume of garbage going into it.

To that end, the consultants encouraged government to consider options for recycling, which Mr. Malone said would be an important topic in the coming weeks.

“We have a school-based recycled-products competition,” he said. “All of the 325 classrooms from pre-primary to secondary will be encouraged to participate.”

Collection of recyclables has already begun within households, he added, and children are excited to compete.

“This whole concept of proper waste collection will be led by the next generation to take over,” he said. “We have a degradation of our environment. We have to recover it. We are going to do this. The house-to-house collection system is a part of that.”

Though he acknowledged that no “overnight fix” is possible, he explained that his goal is to “transition away” from the “failed system” that he “inherited.”