National Democratic Party candidates continued to brand themselves as part of a “new NDP” over the weekend — even as they peddled some of the party’s old promises. One such …

END_OF_DOCUMENT_TOKEN_TO_BE_REPLACED 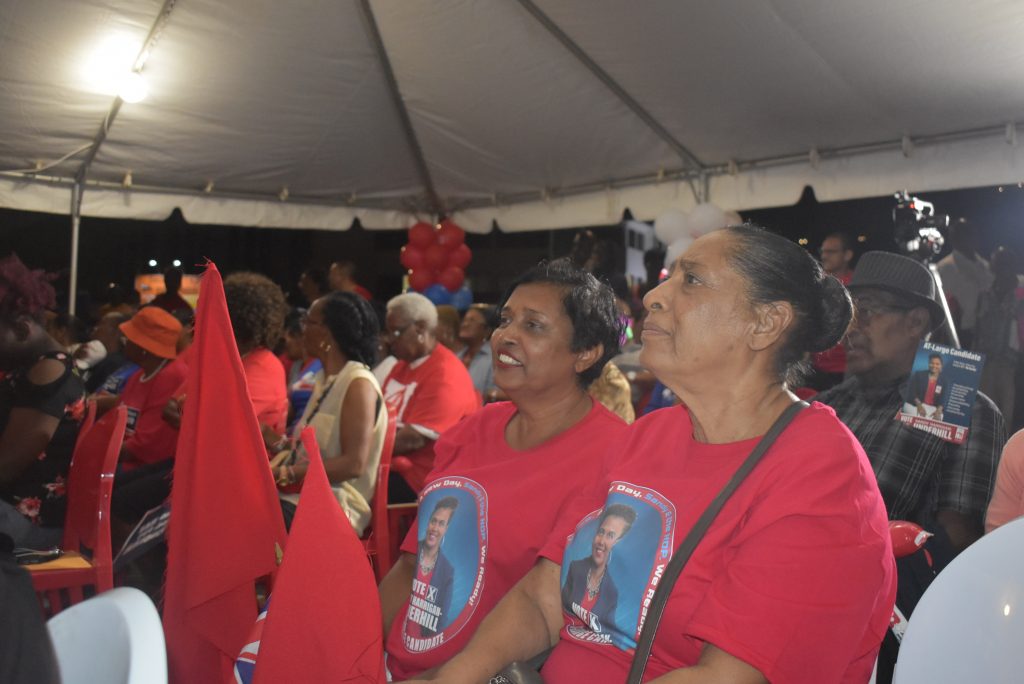 National Democratic Party candidates continued to brand themselves as part of a “new NDP” over the weekend — even as they peddled some of the party’s old promises.

One such pledge is to extend the runway at the Terrance B. Lettsome International Airport, which has been an NDP pet project for several years, in order to accommodate larger airlines travelling to and from the United States, Europe and other major markets.

Education and Culture Minister Myron Walwyn repeated that promise during an at-large candidates launch for the party on Saturday night.

“We must make our territory more attractive to other countries that have a growing number of outbound travellers,” he said. “If the flights are too long, we will not see the benefits from those markets.”

“Our college must be ready to service a young man that wants to be the finest charter boat captain; a young lady that wants to take care of her people by becoming a nurse; and an entrepreneur that needs training to become our very own Elon Musk,” he said.

And although there was a “pause” in providing scholarships after the 2017 hurricanes, Mr. Walwyn said the scholarship programme would be restored under the new 2019 budget.

In addition to Mr. Walwyn, Trefor Grant, Sandy Underhill and Henry Creque are also running at large under the NDP.

Mr. Grant took a personal approach to his remarks on Saturday, telling the crowd of supporters that he credited his run for office to his father’s work ethic.

“It’s because of him — and because of my mother, here tonight — that I stand here today,” he said. “These two loving people showed me what it means to work hard and smart.”

Mr. Grant — who is the chairman of the VI Festivals and Fairs Committee, among other titles — also spoke about his “passion for tourism.”

The candidate outlined several opportunities for tourism growth in the territory, including forming a Ministry of Tourism and providing “more seamless” air travel for residents and tourists.

Meanwhile, Ms. Underhill, formerly the Elmore Stoutt High School principal, described herself as a “new voice” in the race.

“I am excited, truly honoured and humbled to stand here and assure you that I will be the voice for women, for our children and the most vulnerable,” she said.

Along with several other pledges related to education, Ms. Underhill said the NDP will increase enrolment in tertiary education, while addressing the “special vulnerabilities” and socioeconomic needs of various residents.

“A vote for me and this new NDP team is a vote to improve existing frameworks for our youth, to ensure their good health and that their economic growth and development are given priority by providing opportunities that support their overall progress,” she said.

In his remarks, Mr. Creque, formerly the deputy general manager of the BVI Electricity Corporation, recounted an anecdote about a team of current and former BVIEC employees who worked for several days to fix a generator after Hurricane Irma.

After an initial period of camaraderie, he said, a “spirit of division” grew in the months after the hurricane.

“But every single one of us knew the only way to rebuild this territory better and stronger is how? Together,” he told the crowd.

Mr. Creque said that the territory will aim to be using 100 percent renewable energy by 2030. The NDP will also find ways to reduce the cost of construction, he said, but did not provide specifics.

“We will outline this point for you another time,” he said.