Anthony McMaster, a Virgin Islander who has been working as director of operations at the Recovery and Development Agency, has been tapped to lead the agency following the resignation of …

END_OF_DOCUMENT_TOKEN_TO_BE_REPLACED 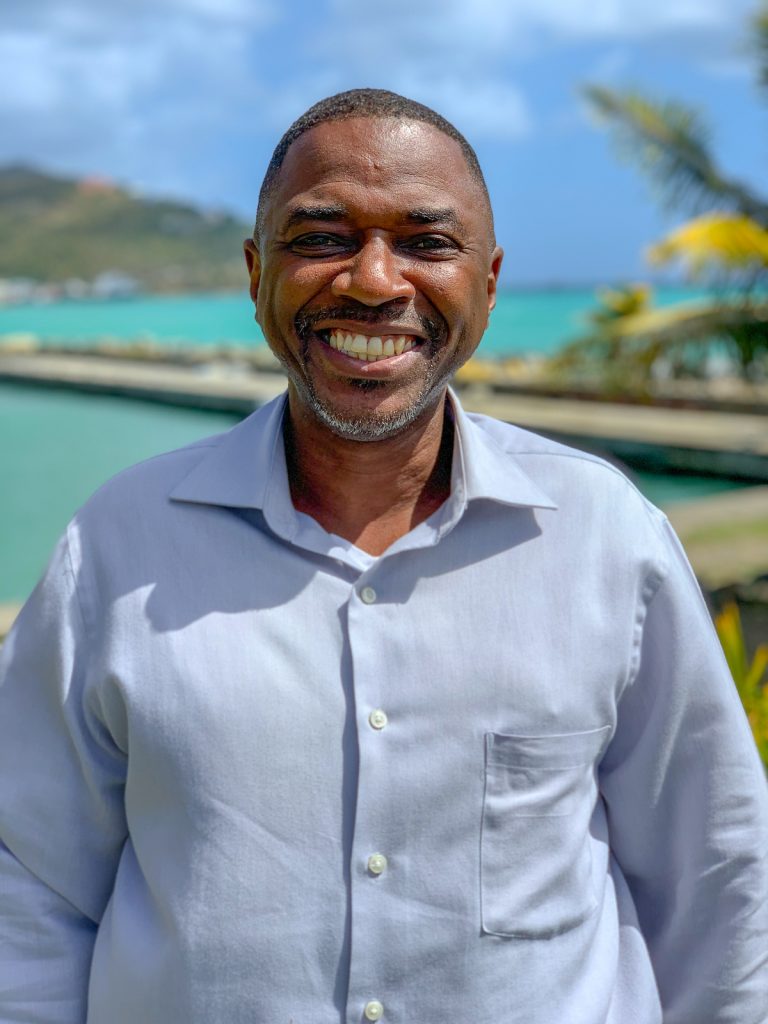 Anthony McMaster, current director of operations of the Recovery and Development Agency, will take over as acting CEO as Paul Bayly prepares to step down. (Photo: PROVIDED)

Anthony McMaster, a Virgin Islander who has been working as director of operations at the Recovery and Development Agency, has been tapped to lead the agency following the resignation of CEO Paul Bayly, the RDA announced last Thursday.

“I am grateful to be chosen to be in such a prestigious position. It is a great opportunity for a BVIslander to become the head of the Recovery and Development Agency,” Mr. McMaster said in the RDA’s statement.

He went on to thank his colleagues, saying, “I don’t think I could have gotten here without the support of the entire team.”

Mr. McMaster also lauded Mr. Bayly for his leadership and work in creating a strong team to carry out agency objectives, the press release stated.

In recent years, Mr. McMaster, who holds a post-graduate degree in management from Manchester Metropolitan University, has led teams engaged in multiple national projects, including the recovery of the territory’s public infrastructure following the 2017 hurricanes, the press release stated.

Citing the revised Recovery to Development Plan proposed by the new government — which is significantly smaller in scale than the one Mr. Bayly had been hired to execute under the previous administration — Mr. Bayly decided to leave the RDA because he felt that his expertise was no longer necessary to carry out the new plan, according to a Jan. 14 RDA press release announcing his resignation.

“Since his appointment in 2018, Mr. Bayly has been critical to both the establishment of the RDA and the excellent work undertaken by the agency to date,” the release stated.

However, the agency has struggled to complete its mandated projects.

From the time the RDA was established in April 2018 until the announcement in January of Mr. Bayly’s resignation, the agency had spent less than $9 million on projects and completed only five, although even the revised RDP estimates financing needs for the recovery at $186.9 million.

A month before the RDA announced Mr. Bayly’s resignation, the agency halted what would have been its largest project to date: an initiative to remove more than 200 derelict vessels from the territory’s waters and shorelines.

Immediately after the RDA announced Mr. Bayly’s resignation, Governor Gus Jaspert and Premier Andrew Fahie reignited a longstanding feud over who is to blame for the agency’s shortcomings.

“It is disappointing that the RDA has not fully been given the opportunity to realise its potential,” Mr. Jaspert said in a statement released shortly after the resignation was announced, adding, “For that, the RDA requires the full support of the premier and his ministers so that it can work with government, bring in funding and deliver transparency, value for money, and a full and prosperous recovery for the people of this territory.”

Mr. Fahie quickly fired back with a statement of his own.

Tensions initially flared between Messrs. Jaspert and Fahie over the conditions of a £300 million loan guarantee offered by the United Kingdom to help finance a great majority of the mandated projects.

While Mr. Jaspert urged government to take the necessary steps for obtaining the guarantee, Mr. Fahie pushed back, claiming the conditions of the deal were too stringent.

Speaking before the House of Assembly on Feb. 25, Mr. Fahie announced that after submitting the revised RDP to the UK, government is waiting to learn whether the UK will approve the VI’s “credit worthiness,” a first step before definitively offering up the guarantee, the premier said.

Even if the VI passes this benchmark, the VI and UK governments still will have to work out a partnership agreement, according to Mr. Fahie.

“It is important for citizens to understand that the loan guarantee is not guaranteed at this time,” the premier said. “It never was.”