Students shared video messages recounting their days at H. Lavity Stoutt Community College during a semi-virtual graduation celebration on Aug. 2 that coincided with the college’s 30th anniversary. “As we …

END_OF_DOCUMENT_TOKEN_TO_BE_REPLACED 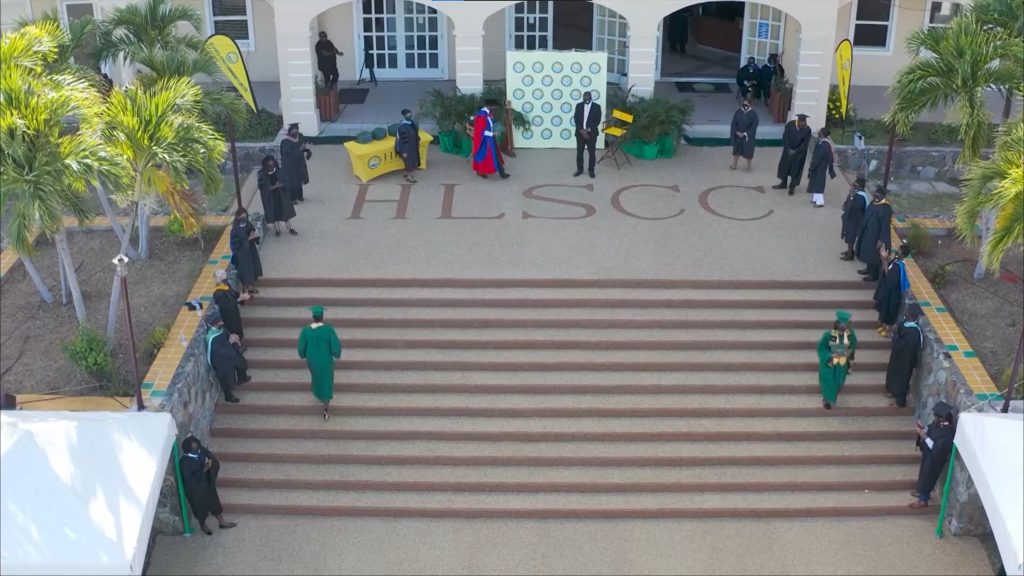 “As we celebrate our beloved students and their successes, it is definitely fashioned in the new norm,” said ceremony marshal Stephanie Russ Penn, senior lecturer in the mathematics and science department.

The graduation video, shared on YouTube, featured clips from outgoing students who spoke of the struggles they faced in reaching graduation day. The camera then turned to the students who were able to attend the socially distanced ceremony in person on campus to collect their diplomas.

A total of 121 students graduated, compared to the 97 who graduated last year. Of the graduates, 14 received certificates of achievement, and 111 received associate degrees, with some students finishing with multiple certifications. The top two programmes this year were general sciences and business administration.

One graduate of the Class of 2020, Jackisha Rigobert, told stories about ferrying from Virgin Gorda to Tortola every day to pursue her studies.

“In HLSCC, I found myself,” she said. “I found that what I was in high school ain’t the same person who I am today, honestly. At HLSCC, sometimes I did break down. There were times I wanted to just give up and quit the whole school thing, but I did not. I continued pushing. I continued fighting until I made honours. I’m really proud of myself.”

HLSCC acting President Dr. Richard Georges shared his hope that the young scholars will use what they’ve learned at the college as a basis for making “a measurable contribution to civil society.”

“The world faces numerous inscrutable challenges: wars, climate change, bigotry, systemic inequity, and many more troubles still to come,” he told graduates. “Simply put, the territory, the world, needs you. It needs you more than ever before.”

Student respondent Vincia Peter fondly remembered practising for drama performances and doing exam review with her peers under a large tree on the campus’s front lawn.

“This semester, however, things took an unexpected, unprecedented turn as we were suddenly introduced to the world-famous coronavirus,” Ms. Peter said.

Adjusting to the “new normal” of working remotely was a challenge for many graduates including herself, she added. But referencing author Max McKeown, she announced to her peers, “We have adapted, and we have won.”

“We have been labouring to transform the BVI and reconfigure the dynamics of our economic space to create new industries, new jobs, and new opportunities for you,” he said. “Now is the time to harness your passion, find your niche, and carve it out.”