A scaled-down, budget-friendly August Emancipation Festival will be the goal for the new Festivals and Fairs Committee Executive Board, whose appointment was announced April 25. Returning Chairman Trefor Grant will …

END_OF_DOCUMENT_TOKEN_TO_BE_REPLACED 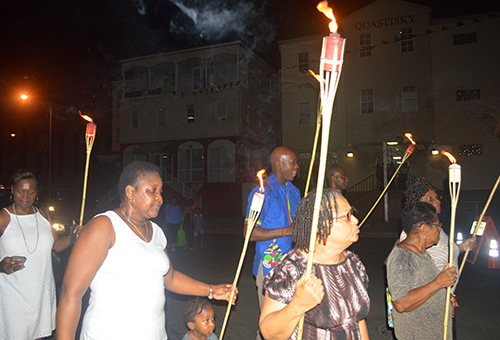 A scaled-down, budget-friendly August Emancipation Festival will be the goal for the new Festivals and Fairs Committee Executive Board, whose appointment was announced April 25.

Education and Culture Minister Myron Walwyn said in a press release that the government gave the committee “strict instructions” to ensure that the festival remains within budget, and that the festivities will be scaled down from recent years.

“As the territory continues on its journey towards recovery, it is important for us to remember the vital role that the acknowledgment and continuation of cultural events play,” he said. “The Emancipation Festival is ingrained into the history of this territory and every effort should be made to ensure that it is continued — even if it isn’t on the grand scale that we have grown accustomed to.”

He noted that longstanding traditional events such as the Miss BVI Pageant, the Rise and Shine Tramp, the Emancipation Service, the August Monday Parade and village entertainment will remain.

Ms. Hodge-Smith urged potential volunteers to contact the Department of Culture at lhodge-smith@gov.vg.