In recent weeks, the territory has seen the second-largest spike in Covid-19 cases since the beginning of the pandemic, with 958 active cases as of the government’s most recent Covid-19 …

END_OF_DOCUMENT_TOKEN_TO_BE_REPLACED 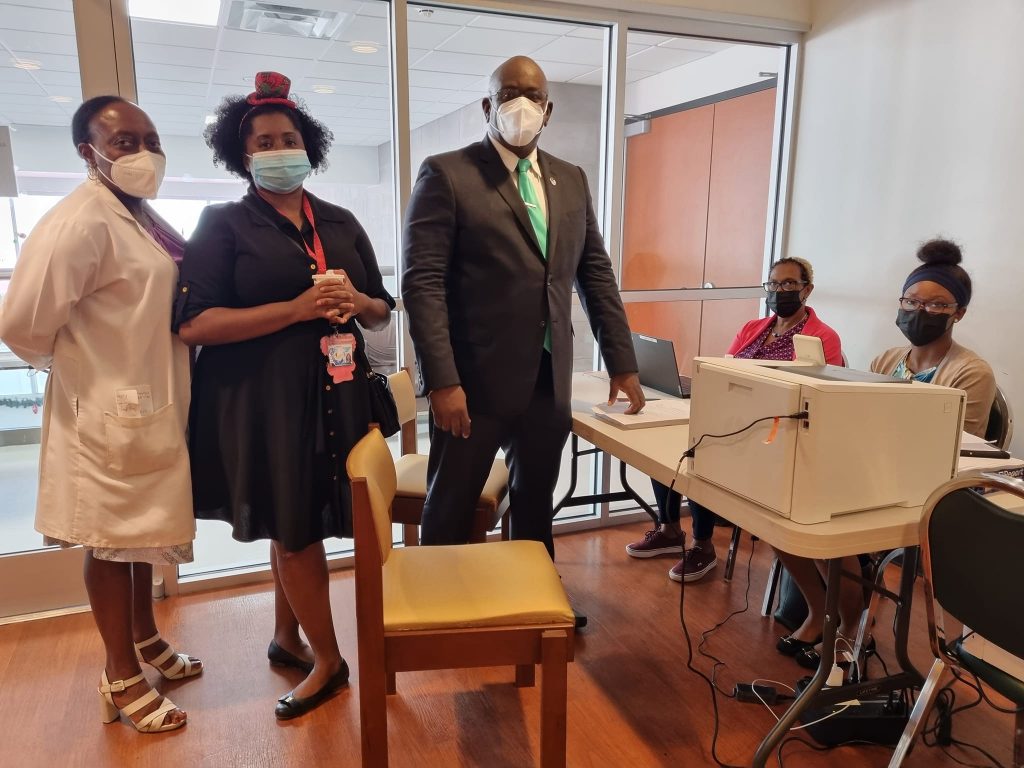 In recent weeks, the territory has seen the second-largest spike in Covid-19 cases since the beginning of the pandemic, with 958 active cases as of the government’s most recent Covid-19 Dashboard published on Thursday.

Despite climbing case numbers during the past three weeks, government has not announced any new measures — such as lock-downs or gathering limits — to curb the spread of the coronavirus.

And even though Chief Medical Officer Dr. Ronald Georges warned against attending large gatherings for New Year’s Eve, many people ignored his advice and partied anyway.

The territory also saw one more Covid-19-related death when a 71-year-old man died on New Year’s Day, bringing the toll up to 40 people, according to government.

The same day, there were 755 active cases on Tortola, 175 on Virgin Gorda, 20 on Anegada, and eight on Jost Van Dyke. Of those cases, 860 were found locally and from contact tracing.

The surge in cases was well underway by Christmas.

On Christmas Eve, Premier Andrew Fahie and Deputy Premier Dr. Natalio “Sowande” Wheatley said they tested positive for Covid-19 and would be isolating for ten days. Neither reported serious symptoms, and Mr. Fahie said his family tested negative for the virus after contact tracing began.

“I want the public, from districts One to Nine, to know that I am in good spirits,” he wrote. “I am feeling as normal as can be and I continue to perform my duties and responsibilities as premier remotely.”

The same day, Dr. Georges noted that there were 143 active cases across the territory — a jump from 77 on Dec. 13.

He added that the territory was experiencing increased transmission of the delta variant of Covid-19.

“As of today, … there are 143 active cases, with the majority of these, 133, residing on Tortola and the balance residing on Virgin Gorda,” he said on Christmas Eve.

He added that the omicron variant — which is present in over 90 countries — hadn’t been identified in the Virgin Islands.

Contacts of those who tested positive were encouraged to self-isolate, he said.

Over 90 samples were sent to the Caribbean Public Health Agency for testing and none returned positive with omicron, he said.

On Monday of this week, government announced 601 active cases and stated that 17,023 people have been fully vaccinated in the territory.

Three days later, on Thursday, the number of active cases jumped from 601 to 958.

Dr. Georges compared the recent cases to the surge the territory experienced about five months ago.

That surge started toward the end of June 2020, with active cases peaking at 1,638 in mid-July, he said.

Hospital admission during that time totalled 108 people, and 37 people died, according to the doctor.

“While the main tools of our control and suppression measures in the past have been curfews, business restrictions and lockdowns, government policy has moved away from these drastic measures as vaccination rates have increased to just over 60 percent,” he said.

As of Dec. 24, there were 4,680 doses of the Pfizer vaccine available, with more to come this month, according to Dr. Georges.

From Tuesday of this week, they will be administered at community clinics on Tortola and the sister islands; at the Catholic Community Centre in Road Town; and at registered private clinics, according to a schedule released by government on Dec. 22.

On Dec. 26, three cruise ships were turned away after Covid-19 cases were recorded onboard.

The Queen Mary, Queen Victoria and Wind Surf were denied port due to a rising number of cases, government stated in a press release.

“Once the Covid-19 cases on- board among guests and staff reach certain thresholds, cruise lines often make voluntary decisions not to call at ports until the situation is under control,” the release added.

The number of cases on the ships was not disclosed.