Promising dramatic improvements to the public service, David Archer was sworn in as deputy governor during a Thursday ceremony at Government House that was closed to the media and public. …

END_OF_DOCUMENT_TOKEN_TO_BE_REPLACED 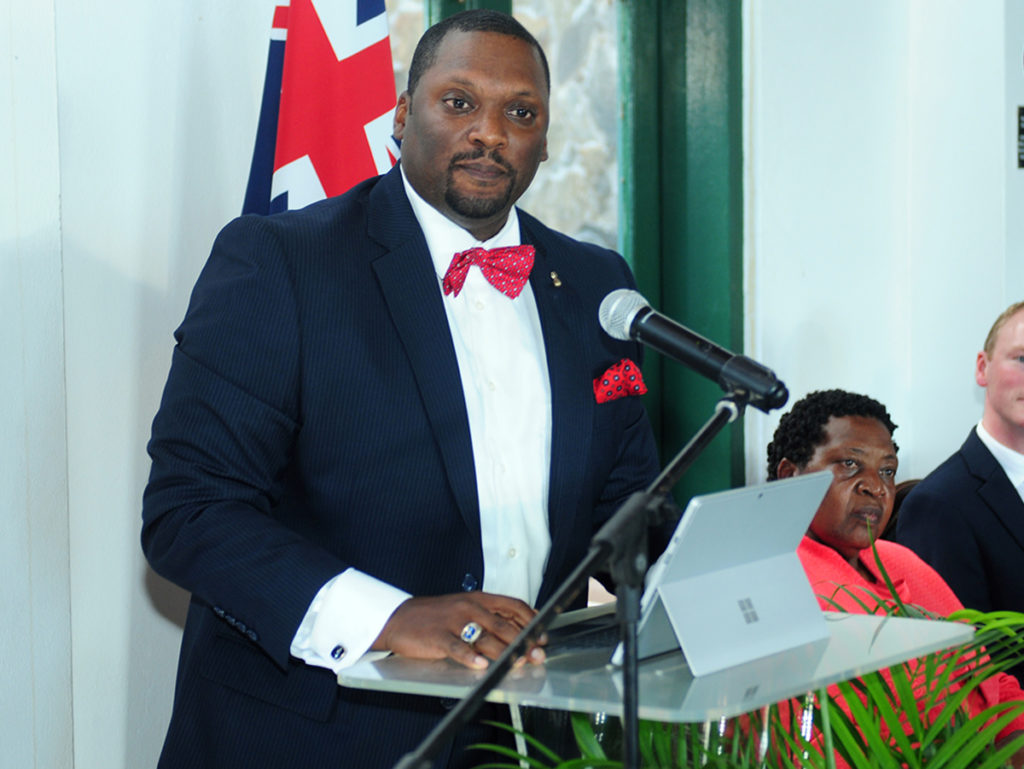 David Archer was sworn in as deputy governor on Thursday at the Government House. Photo: GIS

Promising dramatic improvements to the public service, David Archer was sworn in as deputy governor during a Thursday ceremony at Government House that was closed to the media and public.

“The BVI public service has the human resources, intelligence, and capacity to be world-class and one of the top five public services in the world at all times,” Mr. Archer said in a speech, which was provided by government after the ceremony.

As Mr. Archer’s 92-year-old grandmother Esmie Stoutt and other family members looked on, High Court Justice Vicki Ann Ellis administered the Oath of Allegiance, the Oath for Due Execution of Office, and the Oath of Secrecy and Security, according to Government Information Services.

“It demands the highest levels of leadership, integrity, strategic thinking, problem solving skills, and an immense personal resilience to cope, not just with a demanding workload, but also the pressure arising from being a public figure under regular scrutiny,” Mr. Jaspert said.

Mr. Jaspert thanked Ms. Adams — who presided over the swearing-in ceremony — for her service and praised her integrity and leadership, according to GIS.

“I remembered one conversation about ‘cutting’ — building the Windy Hill Road,” Mr. Archer said. “At this time, I saw their conversation as being strange because this road was a foot track that we took to pick guinep. It appeared impossible to me at that age, but I concluded later when I saw the road being built, by hand, that they were simply dreaming and dreaming big.”

Mr. Archer pledged to bring a similar attitude to his new role.

“This is how I intend to approach my work, encouraging each public officer to dream big and do what appears to be impossible,” he said.

The post of deputy governor was established in 1977, replacing the previous post of chief secretary.  It is the highest administrative post to be held by a Virgin Islander.