As part of efforts to bolster farming in the territory, the government plans to establish a statutory body to handle the commercial aspects of the industry, leaving regulation in the …

END_OF_DOCUMENT_TOKEN_TO_BE_REPLACED 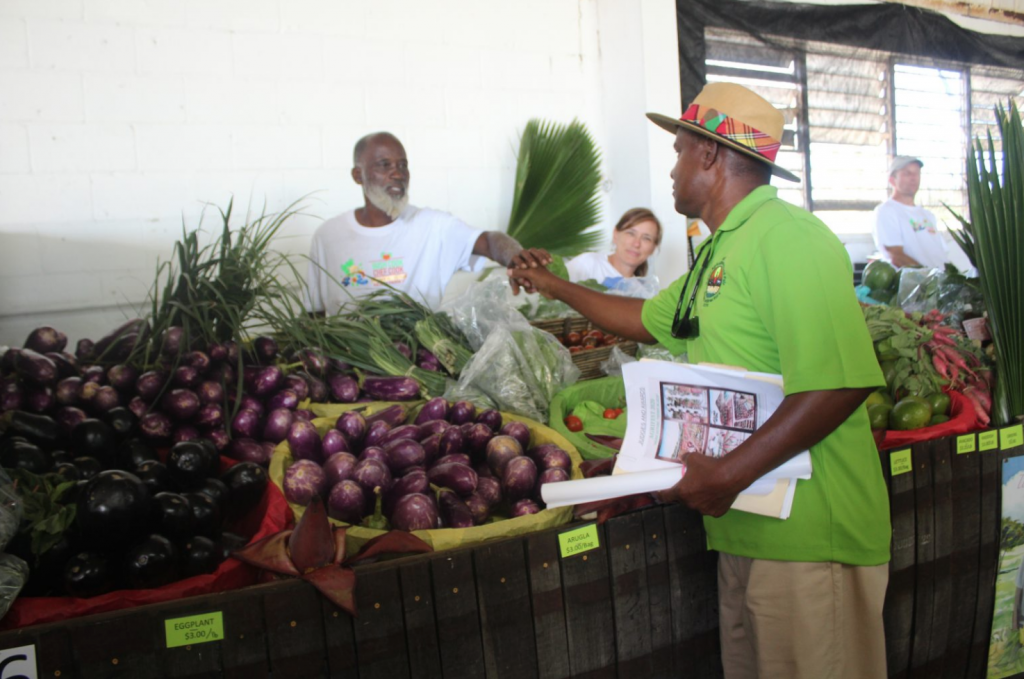 Farmers selling their wares at the St. Croix Agricultural Fair, which inspired the Minister for Agriculture to foster a culture around farming in the VI. (Photo: ZARRIN TASNIM AHMED)

As part of efforts to bolster farming in the territory, the government plans to establish a statutory body to handle the commercial aspects of the industry, leaving regulation in the hands of the Department of Agriculture, according to Education, Culture, Youth Affairs, Fisheries and Agriculture Minister Dr. Natalio “Sowande” Wheatley.

The body would support agricultural efforts in various ways, including helping farmers secure loans and grants from entities in the Virgin Islands and abroad; providing farmers access to resources like land, water, seeds and fencing; and contracting farmers to grow certain crops dictated by market research, Dr. Wheatley said during the Feb. 25 meeting of the House of Assembly.

“This is an exciting time for agriculture in the Virgin Islands,” he added.

Though Dr. Wheatley said he expects these legislative changes to take effect in a matter of months, he did not provide a more detailed timeline, nor did he provide further details about how members of the board will be chosen or how the body will be funded.

The minister also announced several pending improvements to the industry’s infrastructure, such as expanding and repairing agricultural facilities in Paraquita Bay.

According to Dr. Wheatley, he is on the cusp of signing two leases in Paraquita Bay that will boost the territory’s food production: one for the construction of a poultry plant and the other to build greenhouses for growing produce.

The minister is preparing to sign additional contracts to repair the pound at Paraquita Bay, which will “help deal with the nuisance of loose livestock in the community,” and to procure new animal-weighing scales and a new tractor, he said.

Dr. Wheatley did not name any of the companies he has considered hiring, nor did he say how much the projects will cost.

“You can also expect to see, in collaboration with our farmers, enhanced market days in the coming months, similar to what transpired in Carrot Bay during the Emancipation Festival in August,” Dr. Wheatley said.

As another effort to encourage farming across the VI, the minister will launch a territory-wide garden challenge, which will culminate with prizes awarded for the best garden on Anegada, Jost Van Dyke and Virgin Gorda, Dr. Wheatley said.

For one, Dr. Wheatley said, he “mandated” that H. Lavity Stoutt Community College reinstate agricultural science as a programme of study, and, for another, he has appointed farmer Khoy Smith to the scholarship board to facilitate scholarships to students interested in agricultural studies.

He added, “Indeed, the future of agriculture is bright for the people of our territory.”