Following approval from Cabinet, the building that used to house the BVI Fishing Complex at Baughers Bay will be transferred to the BVI Ports Authority, as officials continue their search …

END_OF_DOCUMENT_TOKEN_TO_BE_REPLACED 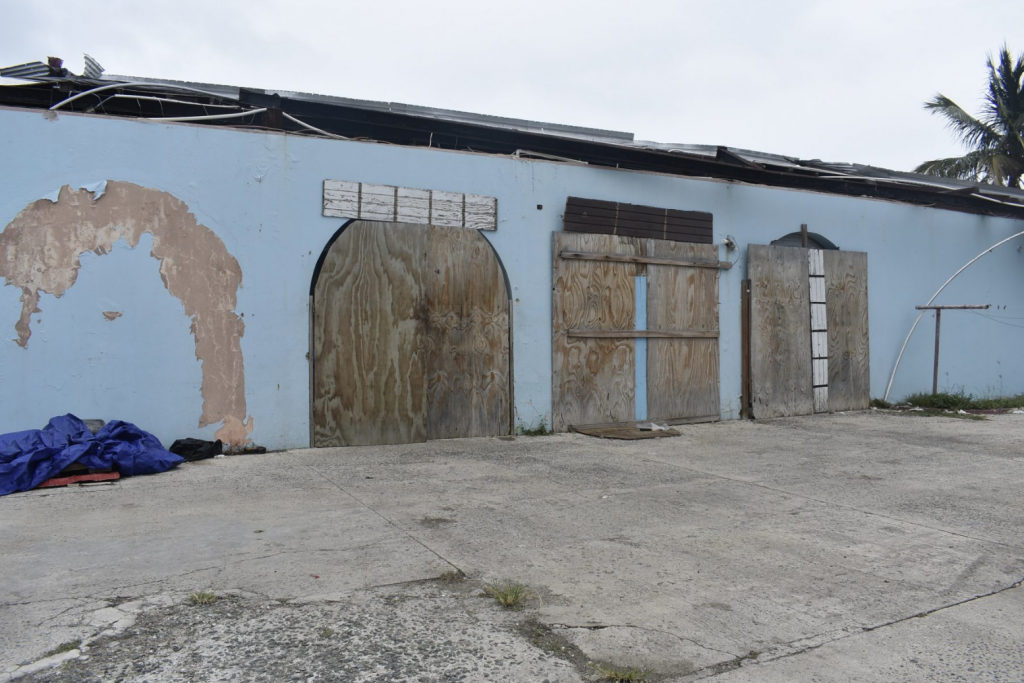 Once a hub for fishers to bring their catch and earn a living, the BVI Fishing Complex has remained closed and rundown since Hurricane Irma in 2017. Fishers have found other ways to sell their catch. (Photo: ZARRIN AHMED)

Following approval from Cabinet, the building that used to house the BVI Fishing Complex at Baughers Bay will be transferred to the BVI Ports Authority, as officials continue their search for a new location for the facility, according to Education, Culture, Youth Affairs, Fisheries and Agriculture Minister Dr. Natalio “Sowande” Wheatley.

The move comes as Dr. Wheatley and his colleagues employ a “holistic” approach to identifying land that can accommodate expansions of the agriculture and fishing industries, he said Tuesday in the House of Assembly.

Once complete, the new complex will serve as a cultural and tourist attraction, as well as a space where fishers can inspect, grade and sell their catch, he said.

During preliminary discussions, he added, fishers have been receptive to the plan.

“I must also take this opportunity to emphasise that it is the vision of this government to establish fishery facilities in eastern, western, and central areas of Tortola, and on Virgin Gorda, Anegada, and Jost VanDyke,” Dr. Wheatley said.

The old complex will be used to assist in the expansion of the BVIPA passenger and cargo handling terminal, Dr. Wheatley said.

He did not provide a timeline for selecting a location and beginning construction of the new fisheries complex, though he assured legislators that they, as well as the public, will be updated shortly.

The complex in Baughers Bay has remained closed since it sustained major damage during Hurricane Irma.

Prior to the hurricane, fishers would bring their catch to the complex, where it was bought by the government and sold to the public.

In April 2019, Fishing Complex Manager Lloyd Williams told the Standing Finance Committee that the building sustained extensive damage and that most of the equipment inside was “totally destroyed” by saltwater, according to a report on the closed-door SFC proceedings.

In December 2018, the then-Conservation and Fisheries Department accepted a $400,000 insurance settlement shelled out by NAGICO Insurance, but that money hadn’t been used for renovations at the complex as of last September, the manager said at the time.

Employees of the complex were dispersed to different departments, including the National Parks Trust and the then-Ministry of Natural Resources and Labour, he added.

Before the hurricane, fishers who decided to use the Fishing Complex were required to bring in 60 percent of their catch to the facility.

Mr. Williams estimated that on average 5,000 pounds of fish were processed in the complex each week.

Since the closure, many of the fishers who supplied the facility have been selling their catch on the roadside instead.