Legislators created a special select Reform Committee on Sept. 27 to help ensure that the House of Assembly meets its law-making obligations under the National Unity Government’s framework for implementing …

END_OF_DOCUMENT_TOKEN_TO_BE_REPLACED 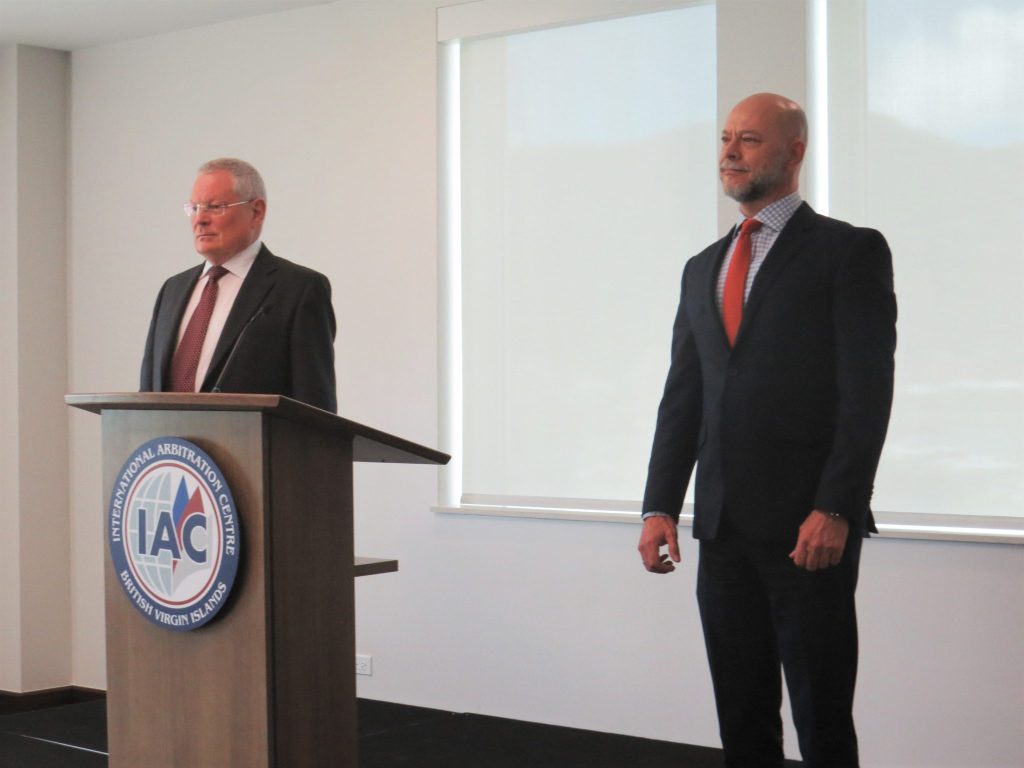 Legislators passed a resolution creating a special select Reform Committee to make sure leaders stay on track with carrying out the recommendations of the Commission of Inquiry conducted by Commissioner Sir Gary Hickinbottom. (File photo: DANA KAMPA)

Legislators created a special select Reform Committee on Sept. 27 to help ensure that the House of Assembly meets its law-making obligations under the National Unity Government’s framework for implementing Commission of Inquiry recommendations.

“This provision was not a recommendation of the COI report,” Premier Dr. Natalio “Sowande” Wheatley said. “This is a commitment that we made in the framework to ensure that the House of Assembly is a fundamental part of the process.”

The committee, however, was formed nearly three months late: The government’s reform framework gave a June 30 deadline to establish the body “to ensure continuous follow-up by HOA on reform legislation.”

On Sept. 27, Dr. Wheatley said the committee will help ensure that reform measures are passed while still allowing for proper debate among legislators and community members.

‘Not a rubber stamp’

“I want to make it clear the House of Assembly is not a rubber stamp,” Dr. Wheatley said, adding, “We should not assume just because we have deadlines in a framework or assume because we have recommendations from the COI that the legislative process will not be respected. We have a duty to the people of the Virgin Islands, and we have a duty to the office which we hold to ensure the integrity of the legislative process, and I see the Reform Committee as being able to assist with that.”

The resolution passed, though not unanimously. At least one legislator voted against it, but because no one called for a division of votes the identities of any naysayers were not clear.

The House also passed a resolution on Sept. 21 approving the new composition of the Constitutional Review Committee and updating its terms of reference.

The terms of reference include re-examining and re-evaluating the vision of the VI’s people for the “continuity of the political and constitutional development” of the territory.

The committee is also charged with evaluating the current Constitution Order 2007 to determine “whether it advances or facilitates the desires of the people of the Virgin Islands in achieving the revised vision.”

“Our constitutional development is extremely important to us as a territory of the United Kingdom,” the premier said when bringing the resolution.

Opposition member Carvin Malone proposed amendments to the terms of reference, suggesting the addition of specific new areas for the committee to consider: HOA term limits; simple-majority voting by the public on certain issues; and the processes of selecting the premier and deputy premier.

However, though the overall resolution passed, Mr. Malone’s motion did not.