With new ingredients, new facilities, new locations and new personnel, many of the businesses that showcased their wares at the annual Governor’s Gourmet Gathering on Friday agreed with Bitter End …

END_OF_DOCUMENT_TOKEN_TO_BE_REPLACED 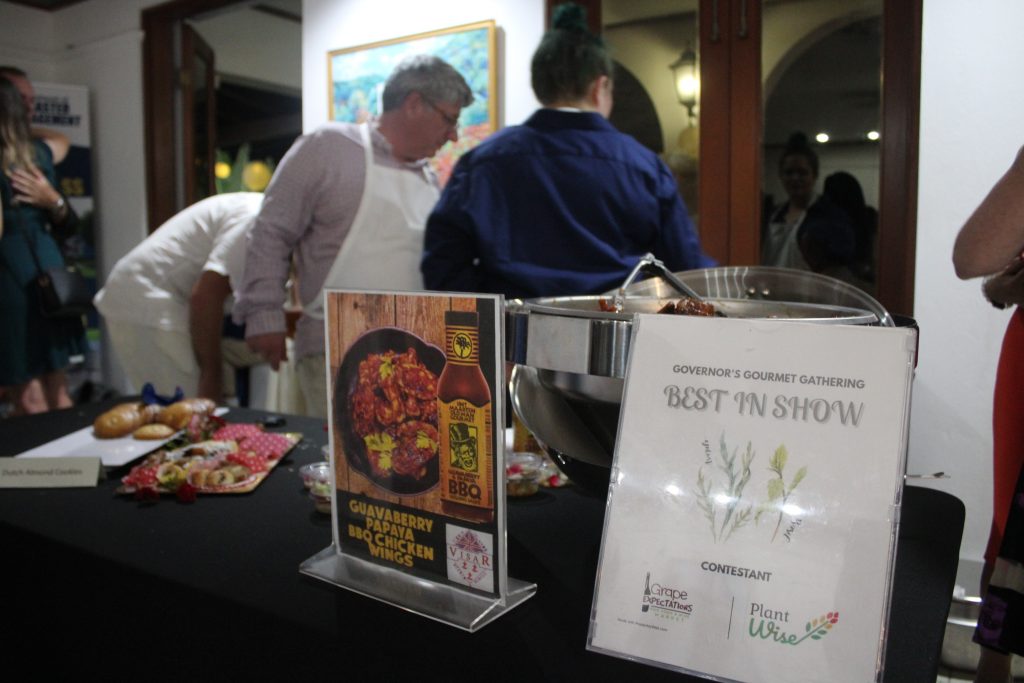 With new ingredients, new facilities, new locations and new personnel, many of the businesses that showcased their wares at the annual Governor’s Gourmet Gathering on Friday agreed with Bitter End Yacht Club Executive Chef Henry Prince.

“It’s a great time to be a chef in the BVI,” he said as he prepared his signature johnnycake taco with chicken, calling it a “true BVI dish.”

For many restaurants on Friday, fusion cuisine was the order of the day. But Mr. Prince said his personal cooking philosophy typically guides him to stick closely to tried-and-true local tastes.

“I would love to see chefs in the BVI use what we have here and stay true to the culture here in the BVI and develop dishes around that so guests can get a great experience they can’t get anywhere else,” he said.

The GGG is one of two major annual fundraisers for Virgin Islands Search and Rescue, and the crowds were elbow-to-elbow in the Government House living room and courtyard at Friday’s sold-out event.

The ticket sales, combined with both the silent and live auction featuring prizes from dozens of local companies, raised about $50,000 for the volunteer-crewed organisation, which is the territory’s first line of defence for marine emergencies, according to VISAR Executive Creative Director Julie Schneider.

Mr. Prince pointed out that the Bitter End Yacht Club relies heavily on VISAR.
“We want to see them around for a long time to come,” he said.

Also for BEYC, the event marked a particularly significant milestone: This year, the restaurant and marina will reopen after being devastated by Hurricane Irma more than two years ago, and Mr. Prince said he couldn’t wait to show off the club’s new eco-friendly facilities.

“I think people are really going to be impressed compared to what was there before,” he said, adding that already patrons are delighted to see employees from the North Sound resort back in action. “They remember us from before and are excited to see us.”

Grape Expectations, another business featured at the gathering, opened its first physical location last year in the former Family Bakery near The Moorings.

For owner Nigel Keegan, who was on hand to serve up guavaberry-papaya chicken wings, coronation chicken, caprese salad and almond cookies, the purpose of the event was twofold. It was a chance to support VISAR, for which he is a volunteer crewmember, and an opportunity to showcase his business’s niche. 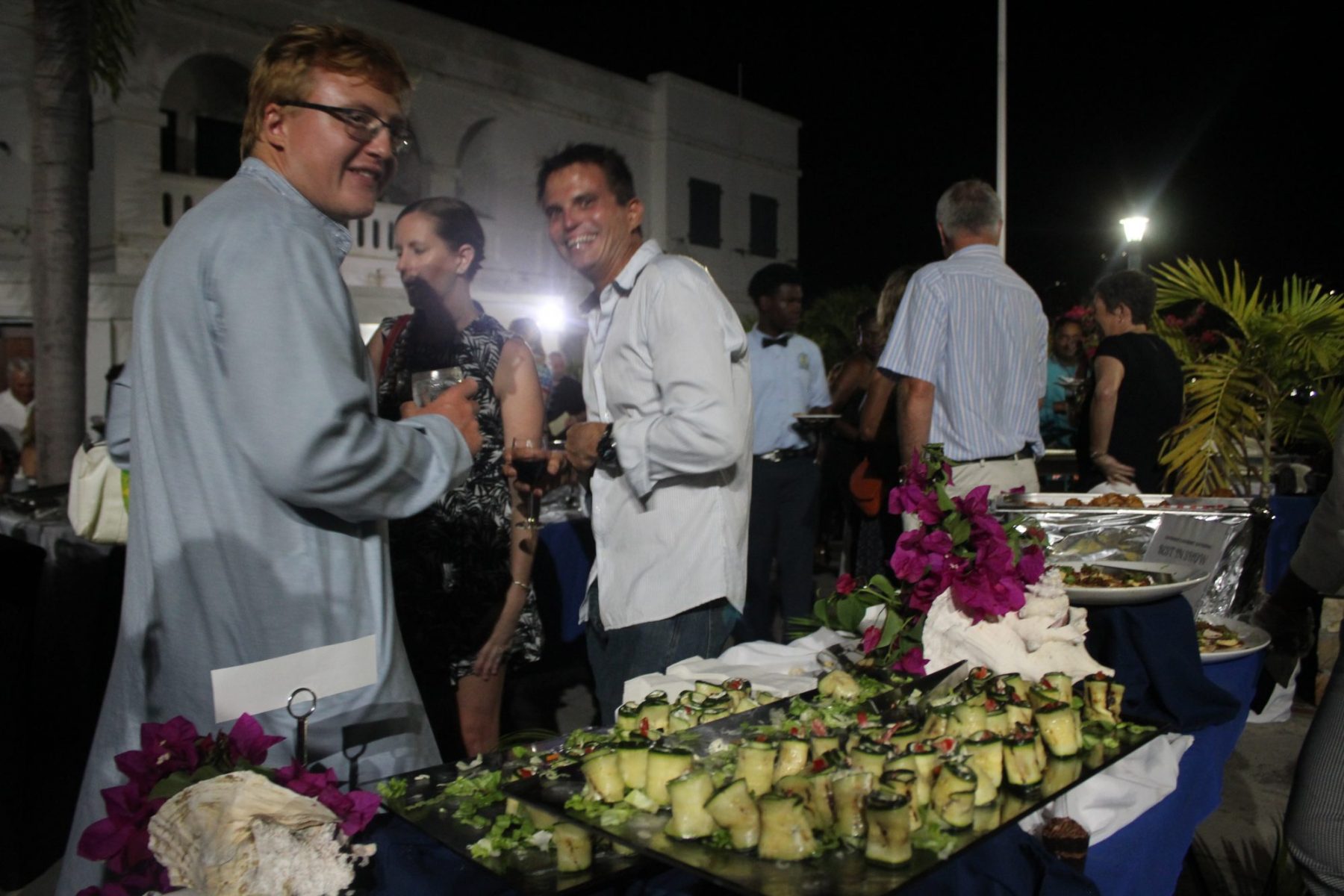 “We’re a grab-and-go sandwich outlet,” he said. “So far [in the VI], there has been few places where you can grab a sandwich and get out quickly. The whole idea is like an airport terminal.”

He also believes that the food business in the VI is growing with the territory’s more sophisticated tastes.

Other new offerings were on the table too. Sister restaurants CocoMaya on Virgin Gorda and The Dove in Road Town had big changes to advertise, with both having taken on new chefs in the past year. Patrons also became some of the first VI residents to get a taste of Tola Brewery’s locally brewed craft beer.

On Friday, however, ingredients were the undoubted stars. The event’s “mystery box” format meant that each restaurant received basil and arugula from a local farm — either Full Belly Farm, Agri-Paradise, Tidal Roots Farm, Mill Round Farm or Plant Wise — and chefs were given a chance to get creative.
Patrons were asked to try each selection and fill out a scorecard as they munched their way through. 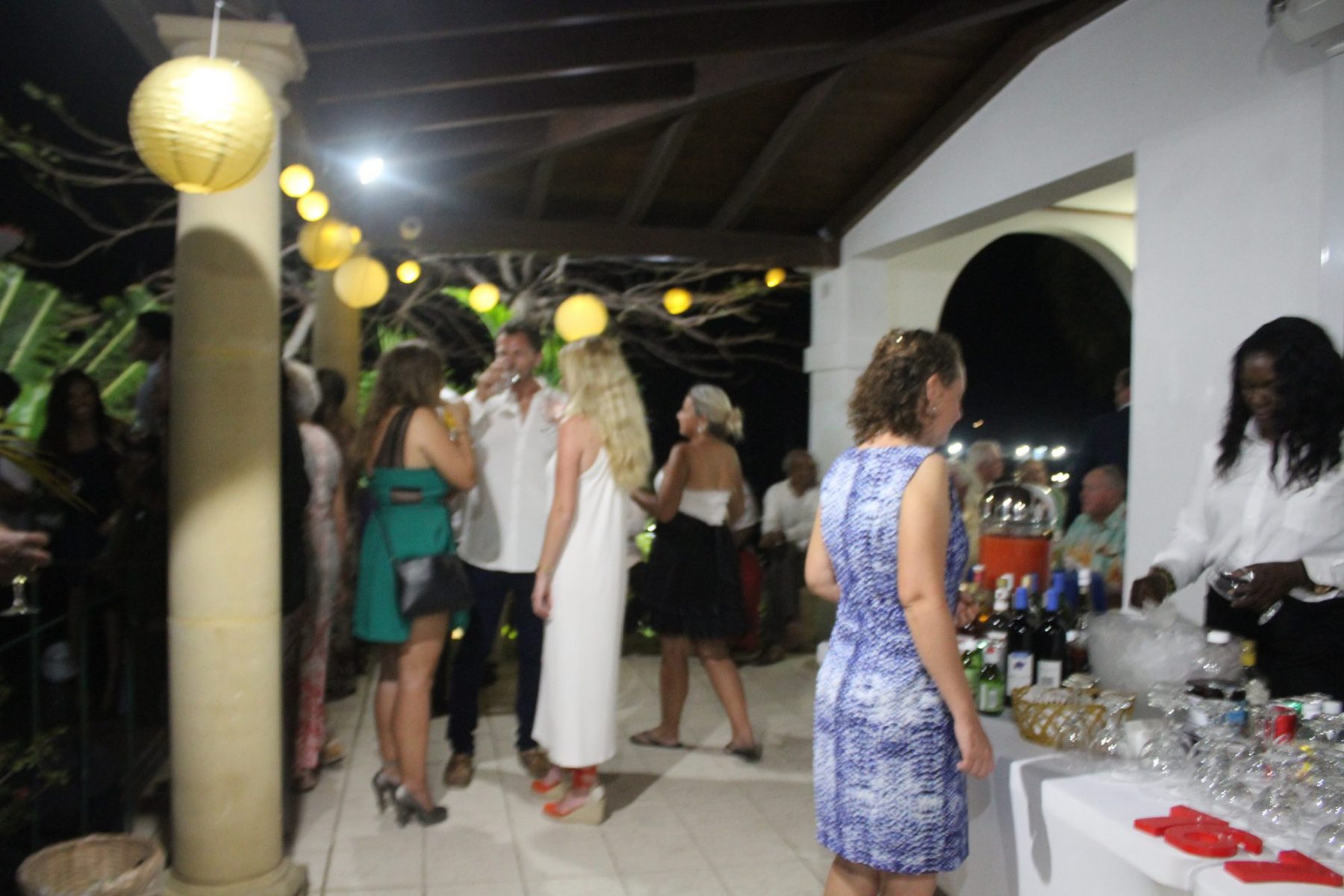 Chef Kevin Leslie and his team at Red Rock Restaurant, paired with Mill Round Farm, came out victorious, winning a signature apron from Governor Gus Jaspert.

“Kevin, a young and vibrant chef, brought his A game and definitely showed how passionate he is about food,” the farm stated in a Facebook post. “We want to publicly thank VISAR for the invitation and Plant Wise for making sure we were included.”