A new sign and statue were unveiled at the Cyril B. Romney Tortola Pier Park last week following a ceremony honouring Mr. Romney. Oleanvine Maynard, managing director of the BVI …

END_OF_DOCUMENT_TOKEN_TO_BE_REPLACED 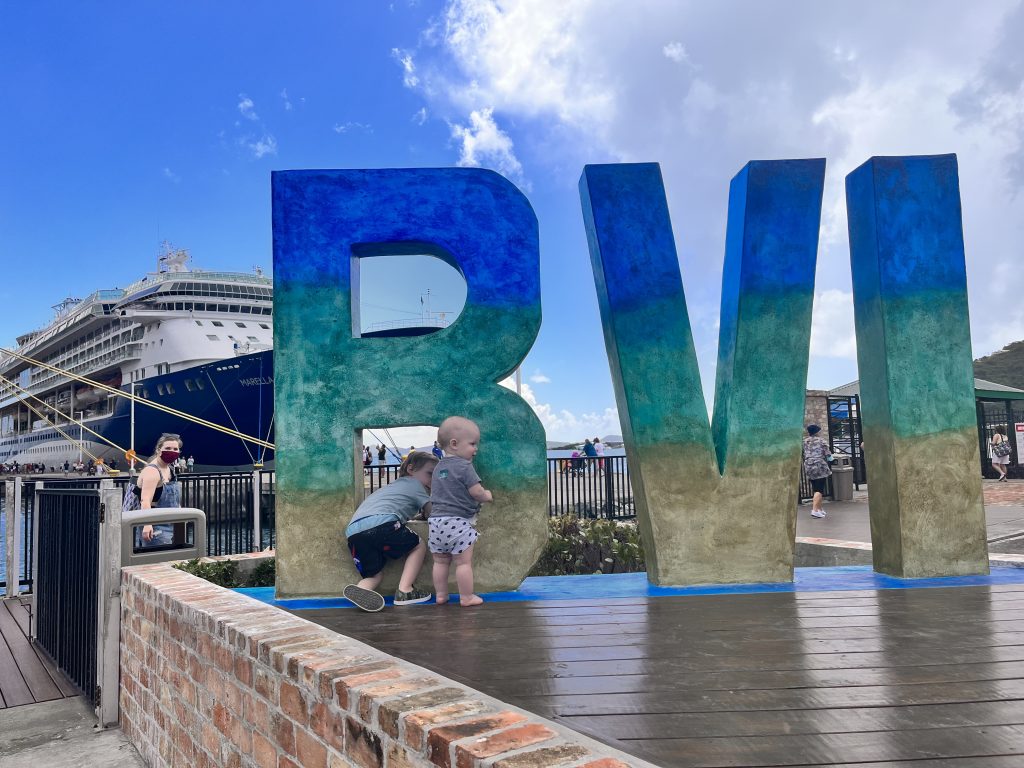 A new “BVI” sign and a statue of the late former chief minister Cyril B. Romney were unveiled at the pier park that bears his name last week. (Photo: ZARRIN TASNIM AHMED)

A new sign and statue were unveiled at the Cyril B. Romney Tortola Pier Park last week following a ceremony honouring Mr. Romney.

Oleanvine Maynard, managing director of the BVI Ports Authority, said it was fitting to honour the late legislator, who served as chief minister from 1983 to 1986.

“We at the Ports Authority are eternally grateful for the vision and foresight of Mr. Romney as he was influential in bringing the cruise industry to the Virgin Islands,” Ms. Maynard said during the Feb. 16 ceremony. “He was a leading voice among those of his time who successfully helped to build a tourism industry that has and will continue to allow our people to benefit from for generations.”

She added that Mr. Romney — who served as a legislator from 1979 to 1995 — envisioned a world-class tourism product, and that naming the pier park after him showcases his legacy.

“The unveiling of this statue today is in recognition of all the contributions that Mr. Romney is known for,” she said.

Mr. Romney’s family members were present at the ceremony and wore matching shirts to commemorate their patriarch.

Patricia Romney, his daughter, called her father a “man ahead of his time” who elevated “his country on the international stage.”

“My father once joked, ‘People like me shouldn’t have to die, not when I have so much I want to offer my country,’” she said. “Residents, family and friends will remember his charm, his wit and incredible intellect.”

Mr. Romney and his wife Lillian, who died in 2017, left behind five daughters, as well as grandchildren and great-grand-children.

“Thank you for memorialising our family’s patriarch, our leader of the band, Cyril Branford Romney,” Ms. Romney said.

The statue accompanies the letters “BVI” constructed at the front of the pier park where cruise ships arrive.

Similar signs have been installed in Queen Elizabeth II Park, on Virgin Gorda, and on Anegada.