With police directing traffic and freshly painted arrows pointing the way to travel, drivers in Road Town on Whit Monday took part in another simulation of the proposed changes to …

END_OF_DOCUMENT_TOKEN_TO_BE_REPLACED 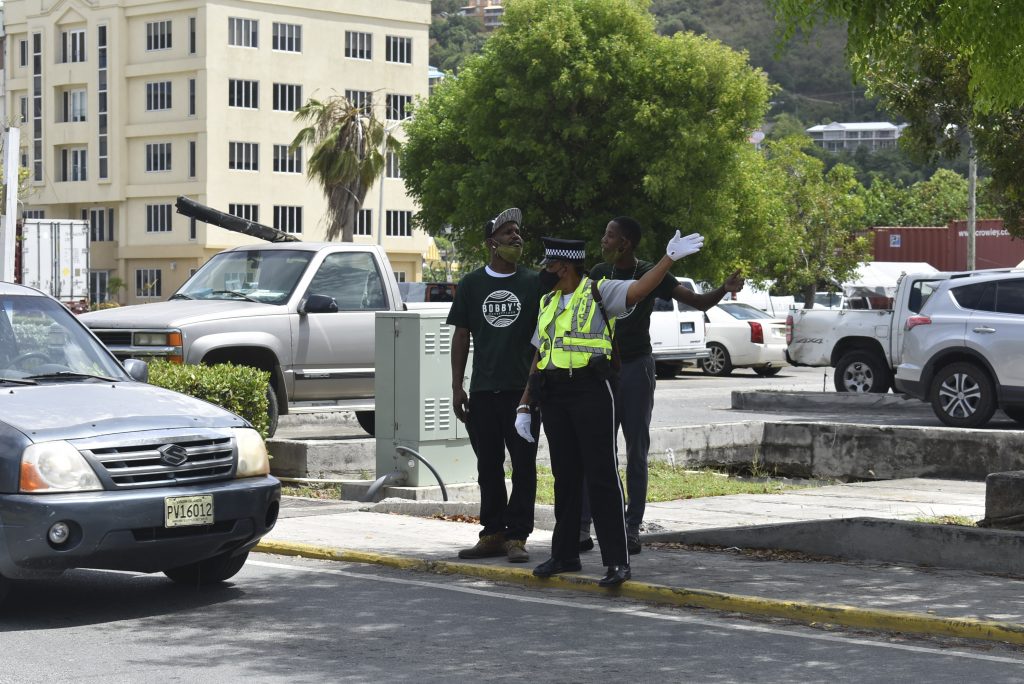 With police directing traffic and freshly painted arrows pointing the way to travel, drivers in Road Town on Whit Monday took part in another simulation of the proposed changes to the traffic flow in the capital, though government still has not said when these changes will be adopted permanently.

Unlike the first simulation during curfew hours on May 1, in which about 100 participants were invited to follow the proposed route while residents followed along via a Facebook livestream, every driver who traversed Road Town on Monday participated in the exercise as the proposed changes temporarily took effect.

Several bystanders and drivers said traffic on Monday — a public holiday during which most businesses and government offices closed — moved smoothly and that there were few issues with the rerouted lanes.

Transportation, Works and Utilities Minister Kye Rymer said he was pleased with the day’s proceedings, though he was considering a few tweaks before finalising the changes.

“I think traffic is flowing quite efficiently,” Mr. Rymer said. “We have a few spots that we can definitely address, but it seems to be working pretty good so far.”

Several of the people who traveled through Road Town on Monday were happy with the changes, including Juan Burth, the store manager at Bobby’s Supermarket.

Although Mr. Burth did speak to a nearby police officer about his concerns with a right-turn-only sign by the Deputy Governor’s Office that seemed to confuse some drivers, he mostly thought that Monday’s flow of traffic was much improved from its usual pace.

“It’s going to solve the congested traffic in the afternoon time, especially when I’m coming home,” he said.

Xandra Adamson also thought that the changed traffic patterns helped ease congestion in the central business district, though she suggested that the ministry set aside the Festival Village Grounds as a car park for people who commute into Road Town and leave their vehicles parked the whole day, while reserving the parking lots within the business district for those who intend to park only briefly.

“Other people … that are just wanting to pop into as hop for 10 minutes here and 15 minutes there, we should be allowed … to park in town,” Ms. Adamson suggested.

Mr. Rymer also noted that the ministry would have to restrict parking in some areas so as to give a wider turning radius for drivers.

He also encouraged people with suggestions to contact the ministry.

On Friday, Mr. Rymer signed a $203,069.43 contract with multiple companies to build a third lane that “will extend from the junction at Administration Drive to the crosswalk at the ferry terminal adjacent to the taxi stand,” according to a Friday press release.

Works on the project, which are expected to begin early this month, will include the removal and replacement of the existing sidewalks; the construction of pedestrian-friendly sidewalks; the construction of a new lane heading westward; a bus layby to facilitate the picking up of people heading west; drainage improvement along the entire project; and asphalt overlay, Mr. Rymer said.

The minister did not respond to additional requests for comment on Tuesday.