During an emergency meeting on July 29, the House of Assembly approved the appointment of a new BVI Health Services Authority Board chairman, Moleto Smith Jr., who is based in …

END_OF_DOCUMENT_TOKEN_TO_BE_REPLACED 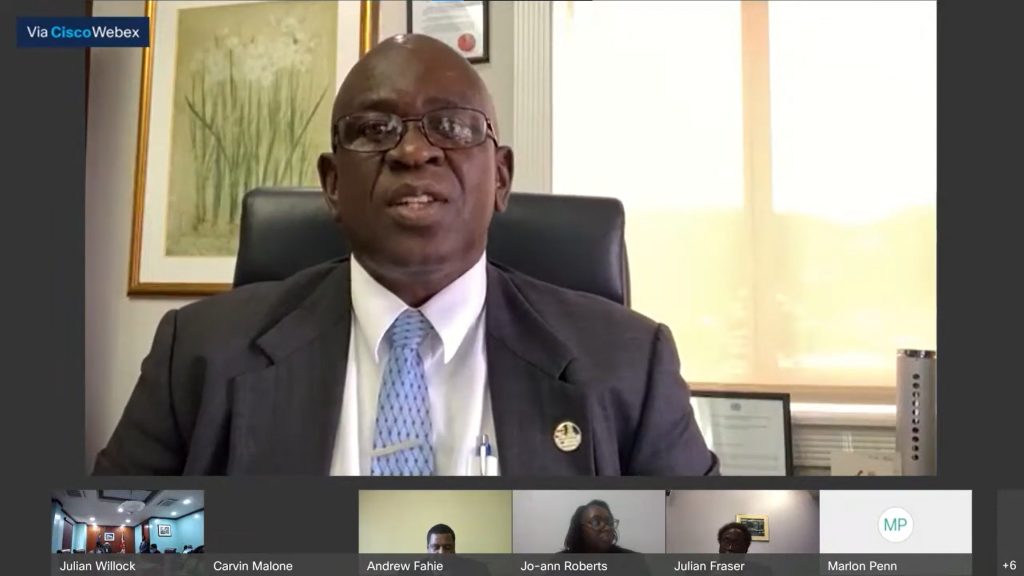 During an emergency meeting on July 29, the House of Assembly approved the appointment of a new BVI Health Services Authority Board chairman, Moleto Smith Jr., who is based in the United States Virgin Islands.

Health and Social Development Minister Carvin Malone said the emergency meeting was necessary given the need for leadership during the pandemic and for future development.

“Our health care system is being tested like no other time before,” he said.

Mr. Smith ran for governor of the USVI three years ago, receiving 1.57 percent of the votes. He has also been the executive director of the St. Thomas East End Medical Center Corporation since 2014.

He also has served as acting commissioner of the VI Department of Human Services in the USVI and as president of MASjr Consulting Services & Associates, a firm specialising in business development services for both private and public organisations, according to the company’s LinkedIn profile.

Mr. Malone noted that while Mr. Smith is a USVI resident, he is president of the League of British Virgin Islanders, a USVI-based non-profit focused on community projects, cultural exchanges and scholarship opportunities.

“Mr. Moleto Smith Jr. is best suited for this task at this time, given where we want to take this particular health care system,” Mr. Malone said. “We will speak more in terms of how we develop our other facilities in the sister islands, and how we make sure that I do not have to receive any more calls on improper services in the North Sound area. We will get these fixed.”

Opposition member Julian Fraser lent his support based on Mr. Smith’s credentials, though he wanted more specifics on what the territory stands to gain with his appointment.

Given that the territory went international with its search for a new chairperson, Mr. Fraser said, he hopes Mr. Smith will “bring something to the table” to further the newly accredited hospital’s development.

He added that the health system urgently needs to address staffing and administration issues and do more to network with other Caribbean and US systems to keep up with the times.

“He is coming in at a crucial time, and I hope he understands that the challenges here are not simple and that the expectations are high,” Mr. Fraser said.

He did, however, say that he wishes to have a chairperson working “on the ground” at the hospital and in the community.

The House voted unanimously in favour of the appointment, except for five absences, including a recusal from Natural Resources, Labour and Immigration Minister Vincent Wheatley, whose wife serves on the BVIHSA board.

The House also addressed other matters during the oneday session, including the wrapup of the current Youth Parliament.

Speaker of the House Julian Willock said the group’s final sitting is planned for November, and he shared his regret that the current state of the world didn’t allow for more opportunities for the young leaders to meet.

They held their first and only sitting in March to debate the merits of full self-determination for the VI as the territory prepares to re-evaluate its Constitution.

Also during the session, Solicitor General Jo-Ann Williams-Roberts was sworn in to act as attorney general in place of Dawn Smith, who was on leave.

This story has been updated with additional information about Mr. Moleto’s background.