As the number of active Covid-19 cases drops, government continues to push for more residents to get vaccinated. Government announced July 30 that it would offer residents the opportunity to …

END_OF_DOCUMENT_TOKEN_TO_BE_REPLACED 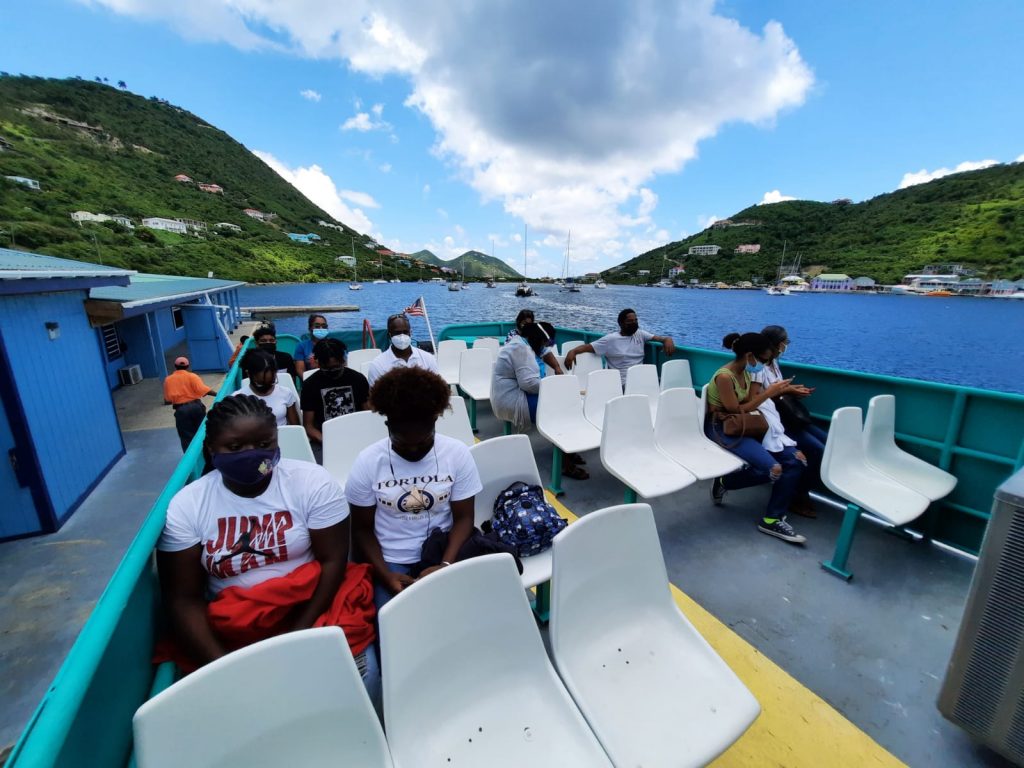 Residents travel to St. John on Tuesday to receive doses of the Pfizer and Johnson & Johnson vaccines. (Photo:GIS)

As the number of active Covid-19 cases drops, government continues to push for more residents to get vaccinated.

Government announced July 30 that it would offer residents the opportunity to travel to the United States Virgin Islands to take the Pfizer or Johnson & Johnson vaccine instead of the AstraZeneca option offered here.

Children ages 12 to 17 will be given priority, according to Government Information Services.

Among those on board, 33 were children, but the government didn’t disclose the age range of the other recipients.

“We wanted to start with the children, because the more children we have vaccinated the better it is for us to look at how we are going to go about opening schools,” Premier Andrew Fahie said in a Face- book broadcast on Friday.

Health and Social Development Minister Carvin Malone, who also spoke on Friday, further explained that exit fees and portal entry fees will be waived. He said those interested are required to have a valid passport and meet immigration requirements to enter the US.

Residents are encouraged to apply for the initiative on the government website, and registration is open to everyone.

That represents 55 percent of the population, which is shy of the 75 percent target the government has set to reach herd immunity, Mr. Malone said.

He added that 685 vials of the vaccine had to be discarded after July 31 and that a recent shipment of 3,040 doses currently are being administered.

During the live broadcast on Friday, BVI Health Services Authority CEO Dr. Ronald Georges assured listeners about the effectiveness of the vaccine, noting that it can reduce transmission by as much as 75 percent.