Local News > ‘No different to you:’ Scatliffe appeals to D-4

‘No different to you:’ Scatliffe appeals to D-4

Though he’s running for office, Karl Scatliffe wants voters to see him as an everyman. “I’ve had the opportunity of working in many areas, and met with many persons,” he …

END_OF_DOCUMENT_TOKEN_TO_BE_REPLACED 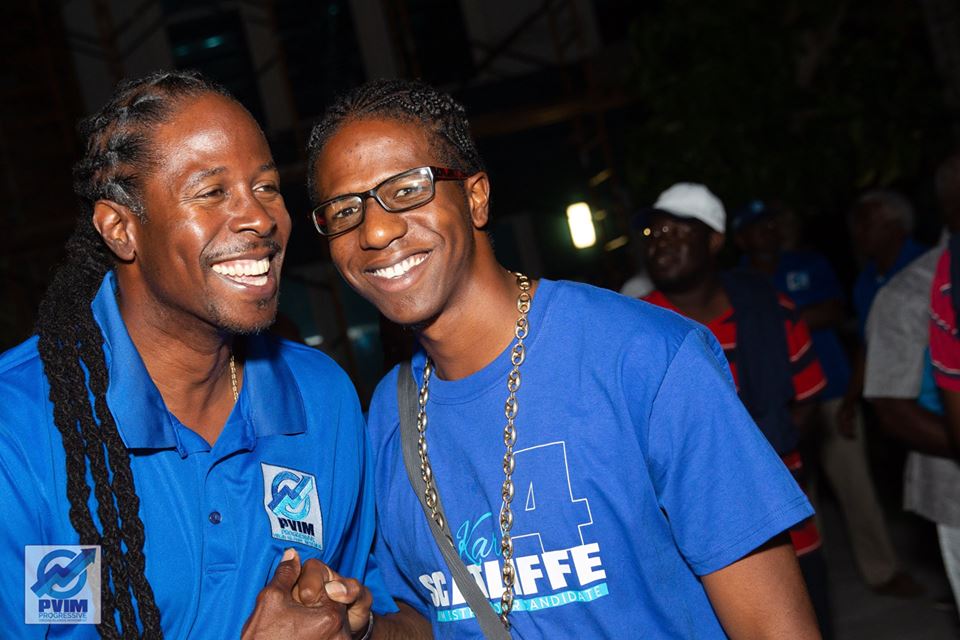 Though he’s running for office, Karl Scatliffe wants voters to see him as an everyman.

“I’ve had the opportunity of working in many areas, and met with many persons,” he said during a Progressive Virgin Islands Movement rally on Saturday. “I interact with different nationalities. I hear your cries, I see your cries, I live your cries. I’m no different to you.”

Mr. Scatliffe, who runs Scato’s Bus ’n Taxi Service, is competing for the Fourth District seat with the PVIM. He quipped on Saturday that he may not have a PhD or a Bachelor of Science degree, but he won’t “give you any BS.”

“You have seen me working in the streets with the [BVI Electricity Corporation] during the storms,” he said. “Some of you may know me in the banking system — I’ve done that for some time. I’ve been doing construction lately, after the storms. But tourism and sports are my passion.”

Mr. Scatliffe pitched various ideas for the territory, including working to attract college “spring breakers” and encouraging cruise ships to spend the night at the Tortola Pier Park rather than leaving at the end of the day.

Mr. Scatliffe is competing against Communications and Works Minister Mark Vanterpool, who is the incumbent, as well as VI Party candidate Luce Hodge-Smith and Progressives United contender Dr. Vincent Scatliffe.

The PVIM continued to host a packed schedule of district rallies and campaign events this week and last.

PVIM leader Ronnie Skelton took the Fourth District rally as an opportunity to both take shots at the National Democratic Party — his former party — and to emphasise his own accomplishments during his time in office.

Mr. Skelton was fired from his ministerial position after he announced he was forming the PVIM late last year.

One of the party’s promises, which is included in its “business plan” for the territory, is to consider increasing the payroll tax exemption from the first $10,000 earned in a year to the first $15,000, beginning Jan. 1, 2020.

On Saturday, Mr. Skelton said this would cost approximately $4 million, before qualifying, “Don’t hold me to the $4 million.”

“The blindest person in this country can see that government is wasting money. $7.2 million we lost on the plane,” he said, referencing government’s failed BVI Airways investment. “That’s more money than I need to do these initiatives.”

Mr. Skelton added that other initiatives, like bringing better government services back to the sister islands, are badly needed.

“They ask me, ‘Well, where you get all this money from?’ People who don’t know how to handle money always ask that question,” he said, without providing specific names.

“Ronnie W. Skelton is THE BEST finance minister in recent history, so it’s certain that if anyone can rebuild our economy, he can,” a post on PVIM’s Facebook page read.