The North Sound Administration Building on Virgin Gorda was handed over from the Recovery and Development Agency to Deputy Governor David Archer Jr. last week following the completion of repairs …

END_OF_DOCUMENT_TOKEN_TO_BE_REPLACED 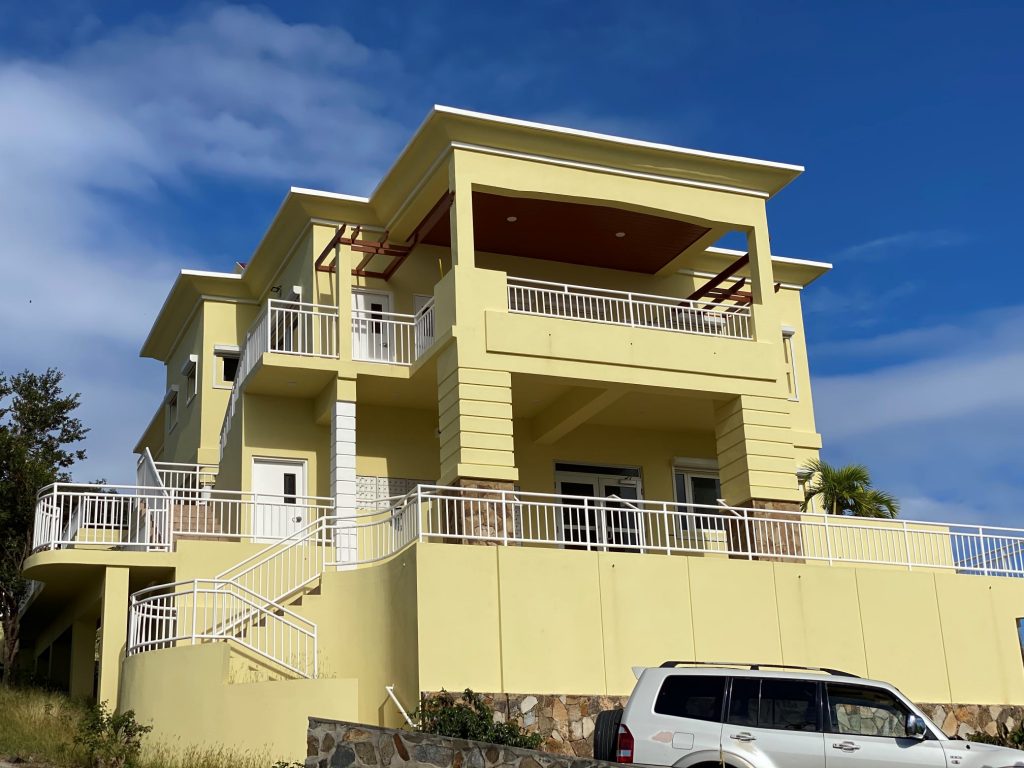 The North Sound Administration Building on Virgin Gorda was handed over from the Recovery and Development Agency to Deputy Governor David Archer Jr. last week following the completion of repairs under a $625,400 contract awarded to Quality Construction last May.

The building, which sustained extensive damage in the hurricanes of 2017, is the first building project executed under the territory’s Caribbean Development Bank Rehabilitation and Reconstruction Loan, according to government.

During a Feb. 9 ceremony, it was also rededicated in honour of John George Sr., who served for many years as the postmaster, registrar of births and deaths, and government agent for the North Sound community.

“He was a father of nine, and was well liked and full of humour,” Mr. Archer said of Mr. George during the ceremony after recognising his widow and other family members in the audience. “Anyone that could make someone laugh is always going to be a favourite of everyone around. He loved singing, and music was for many years one of his great passions. And, of course, he was a preacher at the Methodist Church of God of Holiness.”

Mr. George was named a Member of the British Empire in 1985 for his work as a public officer, according to the deputy governor.

“At the time, the postal services were actually conducted out of Mr. George’s home,” Mr. Archer said, adding that his image was included on a Virgin Islands stamp two decades after his 1990 death.

The project — which was overseen by the RDA — included the refurbishment and redevelopment of the two-storey building, including a new layout designed to incorporate postal sorting facilities and a public reception area on the ground floor.

“The facility’s back like it’s never been before, with modern amenities, an improved floor plan, and more efficient services to the public,” Mr. Archer said.

Premier Andrew Fahie and other officials also spoke at the ceremony last week.

“Today, we are here now to turn over the refurbished building to you, the people of Virgin Gorda and beyond,” Mr. Fahie said, adding that government ministries will hold office hours in the new facility at least once a month “so that you don’t have to come to us: We come to you.”

The North Sound Administration Building was unveiled in 2009.