The loss of revenue from tourists visiting the Virgin Islands has put the National Parks Trust in a position that Director Dr. Cassander Titley-O’Neal never thought possible. Facing a $450,000 …

END_OF_DOCUMENT_TOKEN_TO_BE_REPLACED 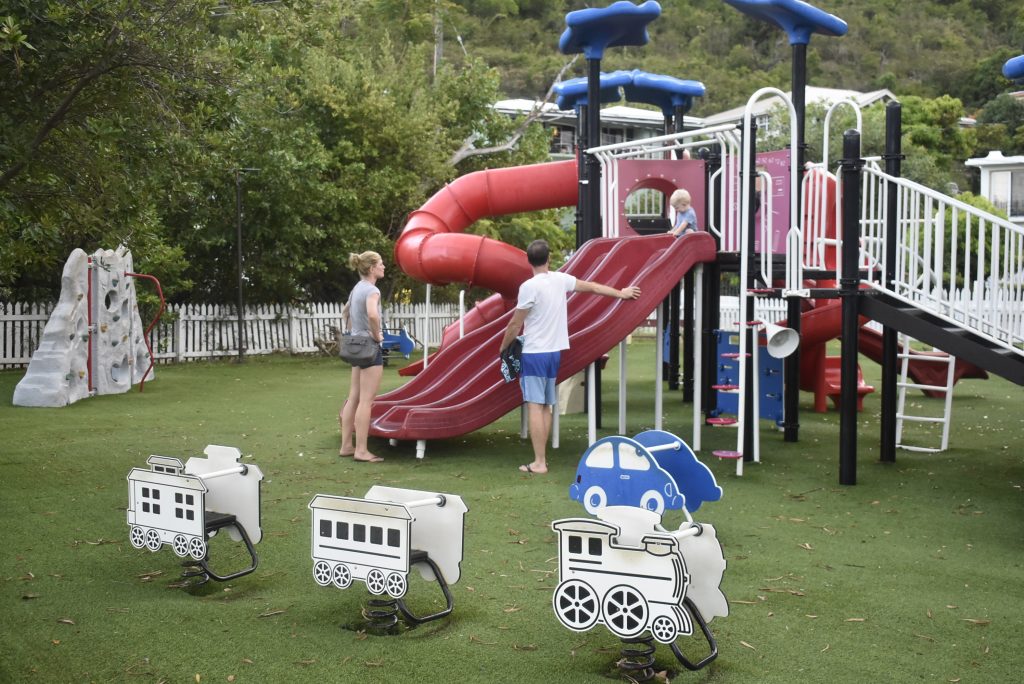 With tourists barred from the Virgin Islands, the National Parks Trust has lost almost all of its revenue. To stay afloat, the trust has closed some of the territory’s parks and may have to close others. Above is the children’s playground at the Queen Elizabeth II Park. (Photo: JOEY WALDINGER)

The loss of revenue from tourists visiting the Virgin Islands has put the National Parks Trust in a position that Director Dr. Cassander Titley-O’Neal never thought possible.

Facing a $450,000 shortfall, the trust’s board of directors may be forced to close the territory’s 18 parks and lay off the 25 staff members who maintain them within the next month, Dr. Titley-O’Neal said Monday.

Dr. Titley O’Neal declined to comment on the accuracy of a Tuesday afternoon news report that claimed NPT staff members already have been told they would not be paid during any subsequent lockdowns in 2020.

While she said she empathises with tourist-oriented businesses such as hotels, villas and restaurants, she noted that many of them at least have been able to make money by catering to residents.

The NPT, on the other hand, relies almost entirely on the fees it charges tourists who disembark from cruise ships and ferries, or who moor boats in the territory, she said.

“We don’t charge local people, … and it’s mandated that we not charge,” she said.

To keep employee paycheques coming amidst such dire financial straits, the trust has already had to scale down its work, Dr. Titley-O’Neal said.

Trust employees typically stay updated about the conditions of the parks by keeping up with feedback from residents.

But because the agency’s finances have so severely dwindled, it has taken to closing down parks with problems that require more than a quick repair, the director explained.

Though the Henry Adams trail at Sage Mountain National Park was recently closed due to repair work that was delayed by stormy conditions, the path reopened on Tuesday, she said.

The NPT does have avenues for raising money other than taxing incoming tourists, like holding fundraising events and renting out parks, but these options also have been rendered impractical by the coronavirus pandemic, according to the director.

At least for the foreseeable future, she explained, holding fundraising events is likely not a viable option, as it would be difficult to organise such gatherings without violating social distancing protocols.

“A lot of people are holding on to their cash,” Dr. Titley-O’Neal added.

Another way the NPT has earned money in the past is by renting out some of its parks — like the children’s playground at QEII Park, Mount Healthy National Park, the J.R. O’Neal Botanic Gardens, and Spring Bay in Virgin Gorda — for private parties and events.

But this too seems like an unlikely splurge during a time when so many residents are reeling financially from the virus’s toll, Dr. Titley-O’Neal added.

However, she has noted a surge in hiking groups and families taking to the trails during the pandemic, and she hopes that a sustained interest in the VI’s outdoor offerings will offer at least one silver lining to the pandemic.