Amid worldwide feminist movements and disasters close to home, an event held for International Women’s Day last Thursday was a time to reflect on the triumphs and challenges facing female …

END_OF_DOCUMENT_TOKEN_TO_BE_REPLACED 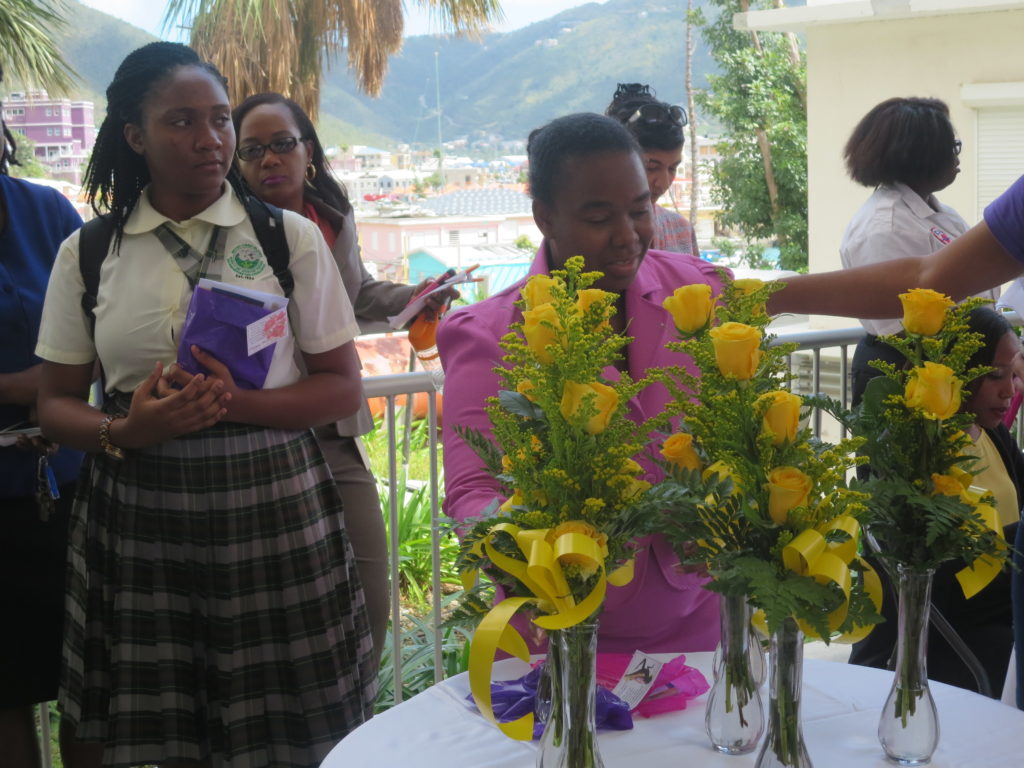 Amid worldwide feminist movements and disasters close to home, an event held for International Women’s Day last Thursday was a time to reflect on the triumphs and challenges facing female residents of the Virgin Islands.

“Even after August and September, we have stood strong and resilient as women,” said Tara-Sue Morgan, coordinator of the Office of Gender Affairs, speaking to dozens of women and girls in the lobby of Peebles Hospital.

The event was sponsored by the OGA in collaboration with the Zonta Club of Tortola, an organisation that promotes gender equality and women’s empowerment. International Women’s Day is observed annually on March 8.

Marva Titley Smith of Zonta said that women have played integral roles in leadership positions since the disasters of 2017.

“They have literally rolled up their sleeves and been in the trenches or in the ghuts, picking up debris and garbage and housing displaced persons in their homes, and really doing the work that to us is natural as women,” she said.

Female attendees were selected to receive rose bouquets and goodie bags from CCT, which was promoting its #PressforProgress campaign. Representatives from the Family Support Network and the Housing Recovery Assistance Unit were also on hand to offer information about services provided to women and families.

Zonta Club of Tortola Vice President Selina O’Neal said, “With the avalanche of hashtags such as #metoo, #timesup, #equalpayforequalwork, the various women’s marches and many once-powerful abusers falling like dominoes, can we now say that the Office of Gender Affairs and Zonta are soon to be obsolete?” she asked. “Dare I say I hope so.”