Robert Mathavious, a pioneering leader in the Virgin Islands financial services industry who retired at the end of last year, will get a weeklong tribute in November during a conference …

END_OF_DOCUMENT_TOKEN_TO_BE_REPLACED 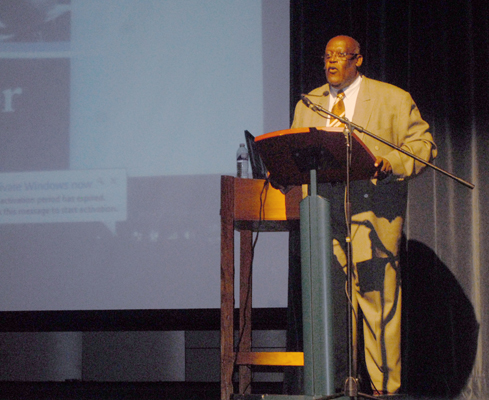 Robert Mathavious, a pioneering leader in the Virgin Islands financial services industry who retired at the end of last year, will get a weeklong tribute in November during a conference that will celebrate what organisers called “the house that Mathavious built.”

The event, originally scheduled for last year but postponed due to the pandemic, will be held from Nov. 15-18. Sponsored by government,
the Financial Services Commission and the industry at large, the conference will celebrate the legacy of a man organisers said became synonymous with the VI industry over the past 35 years.

“When people think of the BVI, they think of Robert Mathavious,” said Gareth Thomas, managing director of Ocorian, one of the organisers of
the conference.

In January 2002, he assumed the post of FSC managing director and CEO, which he held until December 2020. He also regularly served as deputy governor and acting governor.

For the conference, international speakers will arrive in person (or virtually, if circumstances require) to speak on the  theme “The House That Mathavious Built.”

They will begin with a special tribute to Mr. Mathavious led by Deputy Governor David Archer.

The following day, Mr. Mathavious will address attendees at the “Meet the Regulator Forum.”

The keynote speaker will be  Pascal Saint-Amans, director of the Organisation for Economic Cooperation and Development’s  Centre for Tax Policy, who will  address 150 people at a gala dinner Nov. 17.

That event will be followed the next morning by a one-day conference themed “Global Currents,” with speakers hailing from Asia, Europe, the United States and the Caribbean.

“The conference will not only cover the current financial milieu with topics such as the meaning of Global Britain, the current global regulatory environment, and the state of play in our major markets, but will seek to chart a course for the future of international financial services in this pandemic period with all its challenges,” according to a press release issued by the conference’s organisers.

Organiser Lorna Smith, a former BVI Finance CEO, said green finance will also be a topic of focus as international financial centres look toward a more sustainable future, as will the G20 push to enact a corporate minimum tax and its possible impacts on the VI and other jurisdictions.

Enhancing the territory’s international profile involves ensuring its sustainability, which means educating the next generation, the organisers said.

Not only did he write the financial services textbook used in VI schools, but he played a role infounding the Financial Services Institute at H. Lavity Stoutt Community College, which educates Virgin Islanders to gain the necessary qualifications and certifications to work in the industry without having to travel abroad to train, organisers said.

“Robert has been the chairman of that business school for many years and through his position with the Financial Services Commission, his work was instrumental in making sure that the Financial Services Institute was well funded to allow for a high pedigree of professional tutors who could teach BVIslanders on professional subjects,” Mr. Thomas said.